China is among the 10 economies where business climates improved the most, and it is on the list of top 10 improvers for a second consecutive year, according to the World Bank’s annual doing business study released yesterday.

In recent years, China has shown considerable willingness to reform in areas captured by the bank’s Doing Business report. Chinese Premier Li Keqiang’s March 2018 “Report on the Work of the Government” set the stage for municipal governments to implement a business reform agenda.

The use of Doing Business as a benchmark aligns with the central government’s ambition to improve the competitiveness of the Chinese economy. The Chinese government also created working groups targeting each of the Doing Business indicators.

“To date, China has shown a notable improvement in the areas of dealing with construction permits, getting electricity, and resolving insolvency,” the report said.

For instance, China made obtaining building permits easier by simplifying the requirements for low-risk construction projects and by reducing the time to get water and drainage connections, and also made construction safer by imposing stricter qualification requirements for professionals in charge of technical inspections and verifying architectural plans as well as differentiated building quality supervision schemes.

Getting electricity has become easier after the country streamlined the application process, and the transparency of electricity tariff changes has been increased.

In 2014, China integrated taxpayer services functions through a mobile tax application and launched official accounts on the two main Chinese social media platforms (WeChat and Weibo). In 2015, the Internet+Taxation Initiative unlocked the potential of big data for taxpayer services, such as data sharing among government bodies, online training, and e-invoices. The State Taxation Administration launched the Golden Tax III system in 2017, which facilitated e-filing of different stamp duty taxes. Additionally, China implemented a series of measures in the past two years, which simplified corporate income tax, labor taxes, value added tax declarations, and e-delivery of invoices.

The bank’s calculations gave Shanghai a weighting of 55 percent and Beijing 45 percent.

Shanghai has made further progress in improving its business environment.

Looking at various indicators, Shanghai has seen its global rankings edging higher for most indicators in the bank’s global assessment. For instance, the city ranks 27 for the indicator of “starting a business,” up one place from last year.

Previously, in order to start and operate a new business, five licenses were required, the Business License, the Organization Code Certification, the Tax registration, the Statistics Registration and the Social Welfare Insurance Registration. These have been combined into one license. 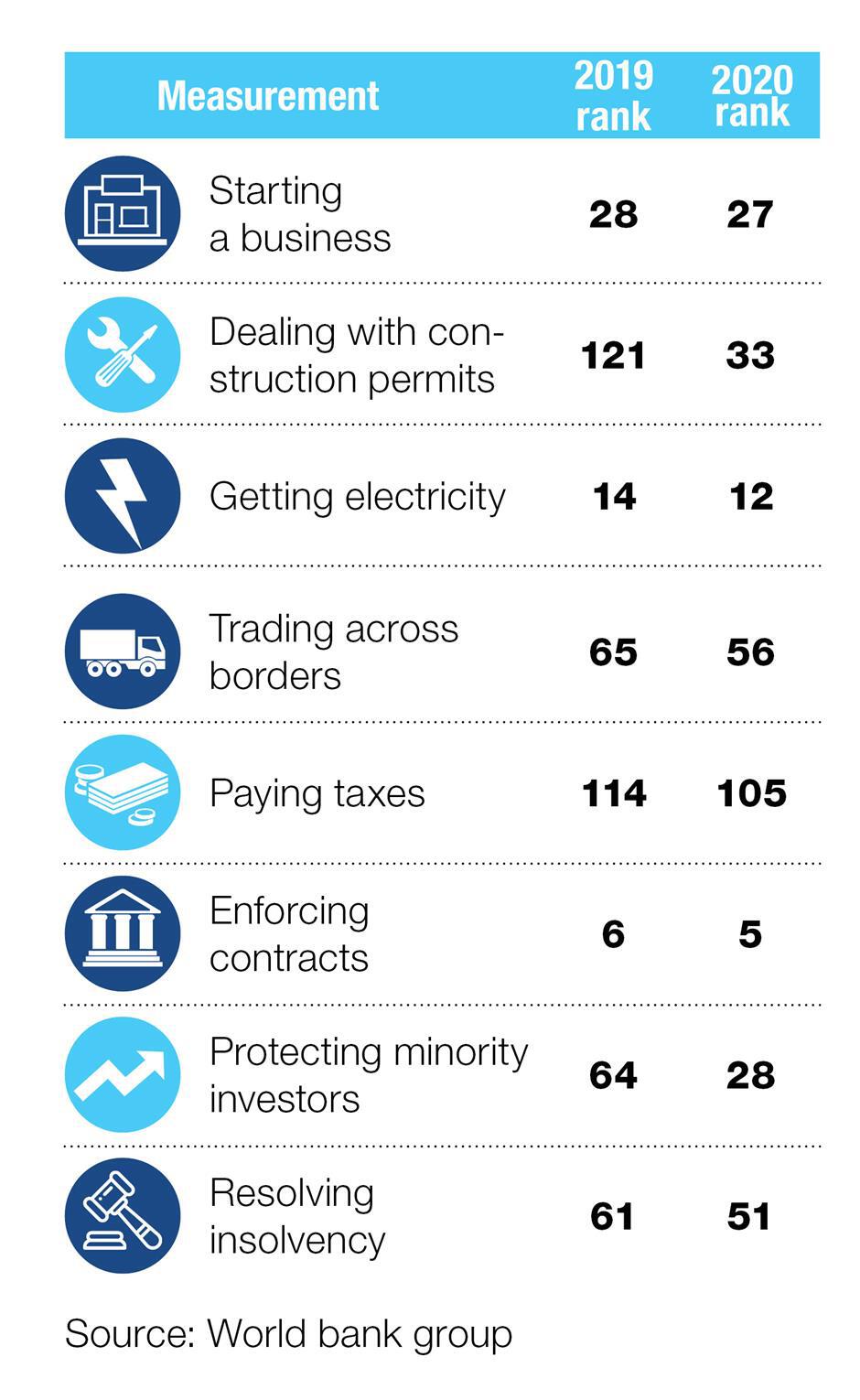