The Suzhou Area of the China (Jiangsu) Pilot Free Trade Zone is an important platform to drive reform and opening-up in the new era of the city.

The Suzhou Area will serve major national strategies and guide the high-quality development of Suzhou, playing an important role in open, innovative and comprehensive reform.

Located in the Suzhou Industrial Park, the Suzhou Area covers an area of 60.15 square kilometers (including a 5.28-square-kilometer SIP Comprehensive Bonded Zone), according to the master plan approved by the State Council, China’s Cabinet.

As an important cooperative project between the governments of China and Singapore, the Suzhou Industrial Park will lead reform and opening-up and high-quality development.

Over the past 25 years since the launch of the park, there have been more than 5,000 foreign-invested projects, while the actual inflow of foreign investment has reached US$31.3 billion. 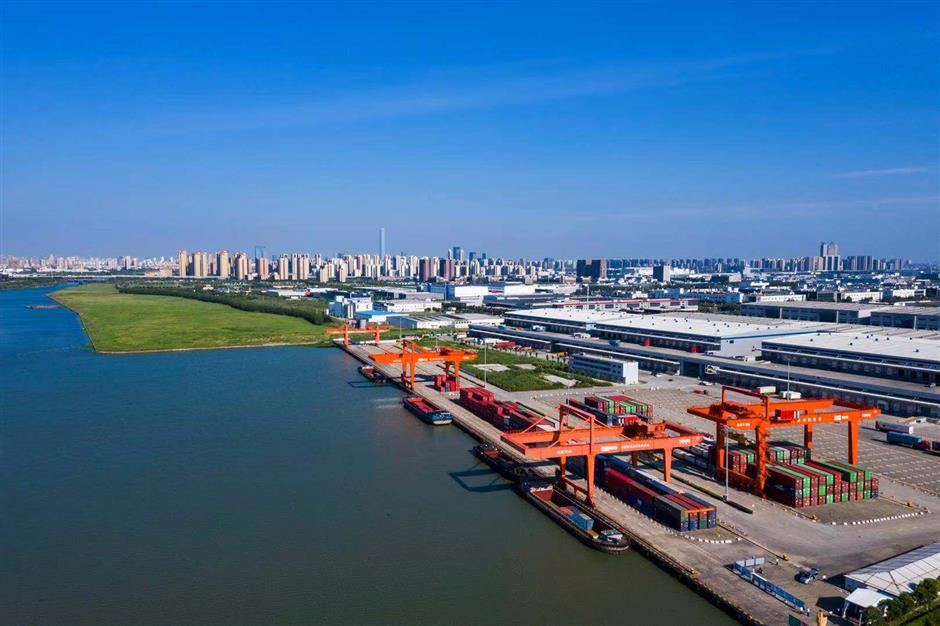 Ninety-two Global Fortune 500 companies have invested in 156 projects in the industrial park. More than 500 research institutes are in the park with their funding reaching over 190 billion yuan (US$27 billion).

A myriad of emerging sectors such as a new generation of information technology, high-end equipment manufacturing, biological medicine, the application of nanotechnology and artificial intelligence have developed rapidly.

These sectors are consisted of the most creative bioengineering and pharmaceutical industrial park recognized by the international organizations and one of the leading examples of eight global micro-nano areas.

Twelve reform measures, including creating the first pilot bonded test cluster zone, the grading management of importing non-registered medical equipment for research or test use, reform of separating permits from the business license, air transportation directly to port and photovoltaic records and approvals, are promoted in the first month after the Suzhou Area was unveiled on September 1 this year. Another 20 safeguard measures have also been introduced.

Sound business environment has been created in Suzhou. The industrial park has set up a leading group and seven specific working teams at the beginning of this year. The coordination and innovation groups for the Suzhou Area were set up in August.

It has selected experts from Singapore and the United States to provide support to Suzhou free trade zone. A leader committee was formed by the Suzhou government in September, responsible for coordination in the industrial park.

Suzhou aims to build a world-class high-tech industrial park through seizing the opportunities of the Belt and Road Initiative, Yangtze River Economic Zone and the integrated regional development of the Yangtze River Delta.

The Suzhou Area will fully implement the management system of pre-entry national treatment and negative list for foreign investment such as relaxing the restrictions on registered capital, investment method and business scope; push forward opening-up in finance; improve the cross-border financial service; strengthen the reform of foreign exchange management; and expand the use of yuan overseas.

More cooperation with outbound investment will be achieved. A mechanism of a global network of channels to support corporations doing cross-border businesses will be launched.

The industrial park also drives the facilitation and liberation of cross-border investment and promotes free trade. A single-window service for international trade is provided. The diversified logistics channels are set up to link the land, sea and air. Special customs supervision areas are built to speed up the high-level development of the free trade zone.

The industrial park encourages more foreign companies to launch their research centers there. It will deepen the reform of technology management, explore the pilot reform of high-tech companies and further the support to loan money for high-tech enterprises. 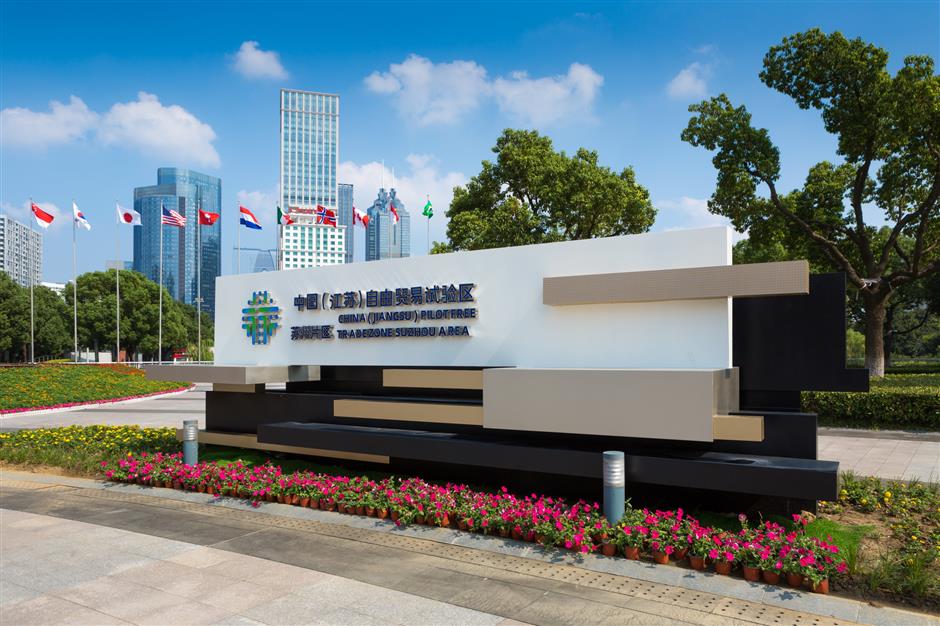 A sound intellectual property protection system is provided. Enhancing the combination between finance and technology and supporting foreign equity funds and investment are targets that the industrial park wants to achieve. A green channel of introducing high-level and international professionals is established.

The industrial park will set up a special fund for industrial upgrading and technological innovation, aiming to build a cluster of world-level advanced industries. It will accelerate the development of the biomedicine industry and optimize the layout of biomedicine industrial chain. It will deepen integration between artificial intelligence and manufacturing, promote pilot 5G commercial sites, reinforce cooperation with Singaporean counterparts in modern services, optimize the identification standard of multinational companies’ regional headquarters.

The industrial park will streamline work flow, cut corporations’ operating costs and optimize services for talent. Several service windows were integrated into one, and the integrated service platform applies the innovative mode of “Internet + Government Service.”

The tax service reform has also benefited companies in the industrial park.