Among the highlights of the Suzhou Industrial Park’s latest progress are the launch of four nanotechnology innovation platforms, including the Institute of Advanced Nanosphere Materials Application Technology.

A subsidiary of Nanomicro Technology Co, the research institute is part of the industrial park’s overall strategy to accelerate the convergence of global innovation resources.

Jack Jiang, chairman and chief scientist of Nanomicro, said the establishment of the institute will help his company master core technologies and break the bottleneck in development.

Previously, the commercialization of nanosphere technology was monopolized by several foreign companies, but the application of the technology is a necessity in many fields, such as biomedicine and screen display, according to Jiang.

“Without the support of nanosphere technology, a biopharmaceutical company would be unable to produce even one pill,” said Jiang, a returnee from the United States.

“If we don’t have our own leading technology or products, our businesses will be bottlenecked by others,” he added.

Hence, Jiang and his team spent more than a decade in developing patent technology.

“What we did and are doing now is not to fill the gaps, but to pioneer new technology and promote the technological progress in the world.

“We are not followers, but innovators,” Jiang said proudly. The achievements he and his company made have earned the respect of his peers.

Nanomicro’s customers now include a number of biopharmaceutical companies from home and abroad and tech giants such as BOE Technology.

In the future development, the company plans to spearhead in fields like medical diagnosis, high-purity water treatment, food safety test and environmental test, according to Jiang.

Facing the hard-won success, Jiang expressed his gratitude to Suzhou Industrial Park, which provided him with an entire building for offices and research and development at the very beginning of his business.

Additionally, the park also supports technology startups, such as Nanomicro in its early days, and offers a public platform for the R&D of fundamental technology.

Through the platform, Jiang and his team could afford the frequent use of laboratory and high-end equipment.

Moreover, the Suzhou park also promoted the agglomeration of bionano businesses. Many of Nanomicro’s customers are just steps away.

Meanwhile, 14 more MEMS (microelectromechanical systems) companies have launched their businesses in the park, which reported 56.4 billion yuan (US$8.01 billion) of output in the application of nanotechnology from January to September this year, making the park one of the eight major clusters of the MEMS industry in the world.

At present, the park is seizing the opportunities of the implementation of major national strategies, such as the construction of the meeting point of the Silk Road Economic Belt and the 21st Century Maritime Silk Road, Yangtze River Delta regional integration development and free trade zones, to promote the coordinated development of further opening-up and innovation.

Suzhou Industrial Park is creating an industrial ecosystem in line with the blueprint to build a high ground of reform and opening-up in the new era, as well as a top high-tech industrial park around the world.

In this regard, Ronnie Ede, chief financial officer of Innovent Biologics Inc, has a deep understanding. Ede highly praised what the Suzhou park provides in infrastructure and talent introduction.

“That is a great help for companies like us, focusing on the cutting-edge technology development.

“In particular, we really appreciate the policies customized for business leaders which helped us a lot in our early days.”

Ede indicated that Suzhou Industrial Park is one of the most regulated throughout the country and offers a business-friendly environment.

Amid the supportive policies provided by the Suzhou park, Innovent has introduced more than 100 overseas returnees, which helps the company possess a global vision. 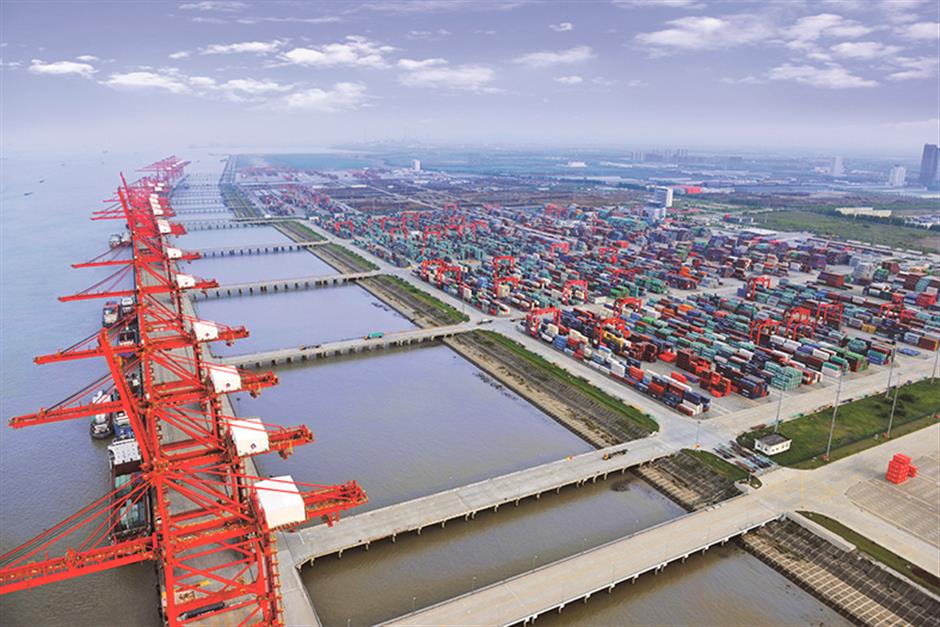 It will host a forum together with Eli Lilly during the second China International Import Expo to give details to the public on its latest breakthroughs in the development, production and marketing of innovative drugs for the treatment of major diseases such as cancer.

Ede described complementary efforts made in the cooperation between domestic and foreign firms as a new path in the Sino-foreign business partnership.

“The import expo is a good opportunity for us to expand our influence in the world market, and it is essential for us to work closely with international firms. Otherwise, the progress for both sides will be too slow,” Ede said.

The bilateral cooperation and global vision that Ede emphasized are also key factors for future development in Zhao Zhisong’s mind.

Zhao is chairman of China-Singapore Suzhou Industrial Park Development Group Co, a company established amid a joint decision by the late Chinese leader Deng Xiaoping and his Singaporean counterpart Lee Kuan Yew in the 1990s.

A China and Singapore joint venture, the company plays a leading role among its peers and has extended its business overseas to serve the Belt and Road Initiative.

It also launched a program in Singapore as part of the blueprint. “We learned from Singapore 25 years ago and this time we’ll learn more from them in the development of our international business,” Zhao said.

“Moreover, we’ll enhance our friendship and cooperation and complement each other when we go abroad to build more industrial parks and carry out more projects,” Zhao added.

Together with Zhao, there are 309 enterprises from Suzhou Industrial Park, which have invested US$10.4 billion in 476 projects in 53 countries and regions. 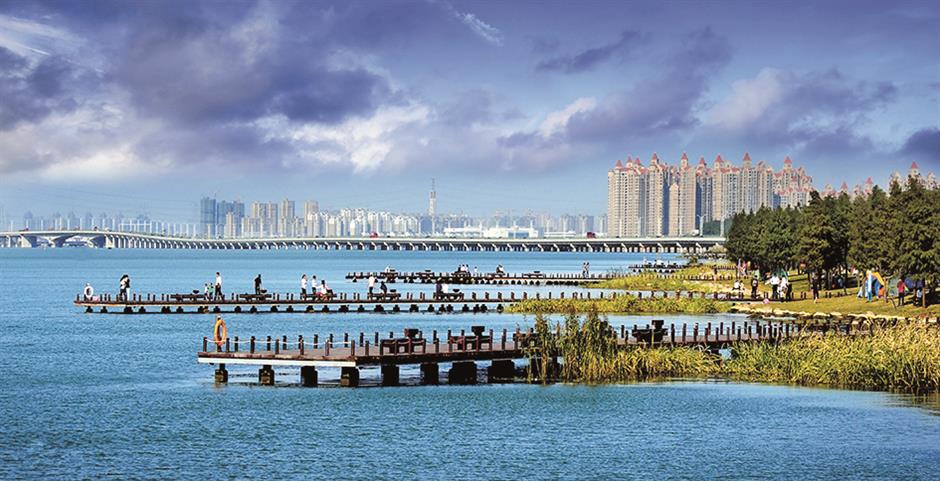 Suzhou Industrial Park has become a test ground of China’s reform and opening-up, a model of international cooperation and a major engine for the internationalization of Suzhou.

In the latest assessment and evaluation of the development level of national economic and technological development zones, Suzhou Industrial Park continues to rank first in China. It is the third time in three consecutive years since 2016. 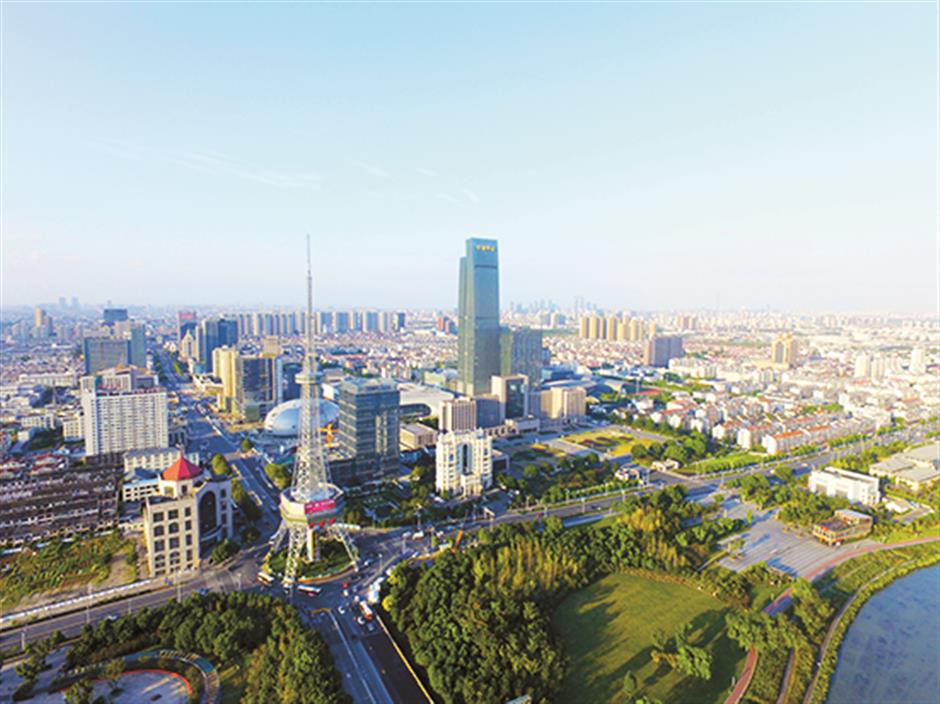 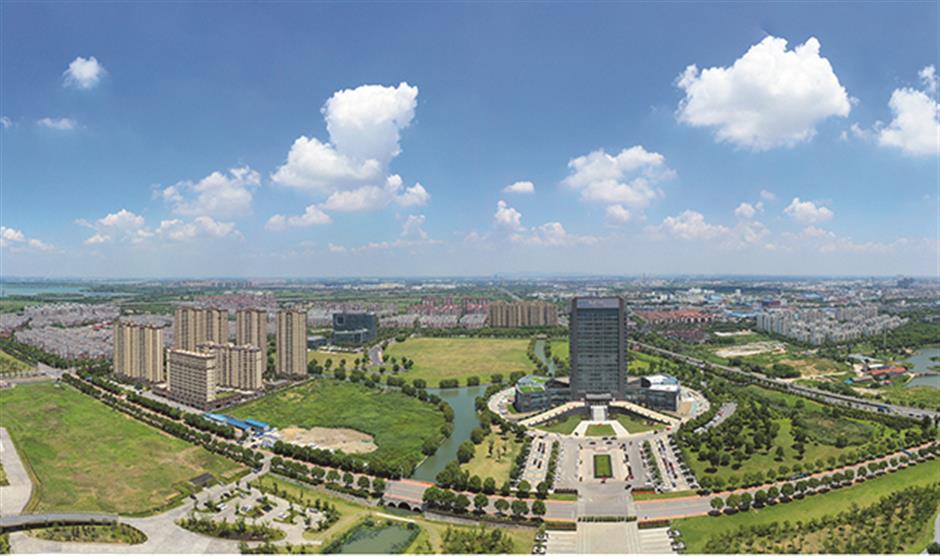 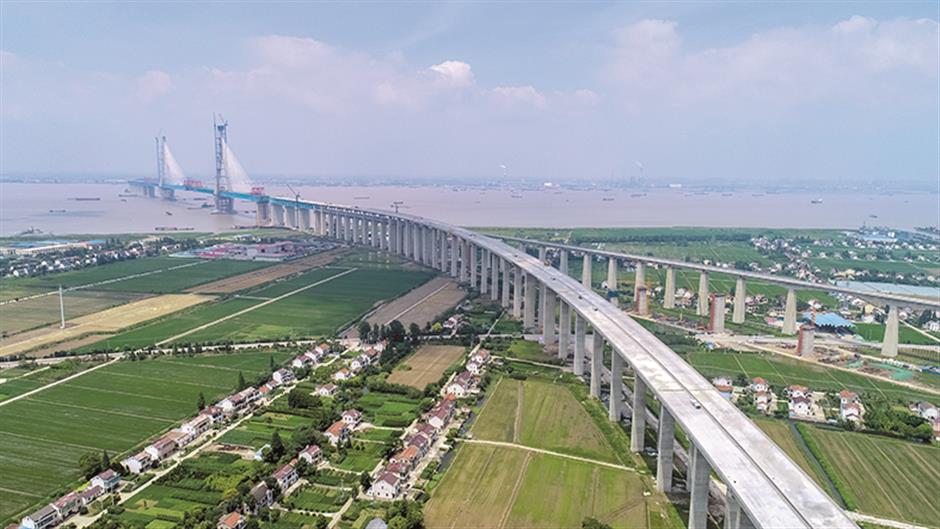 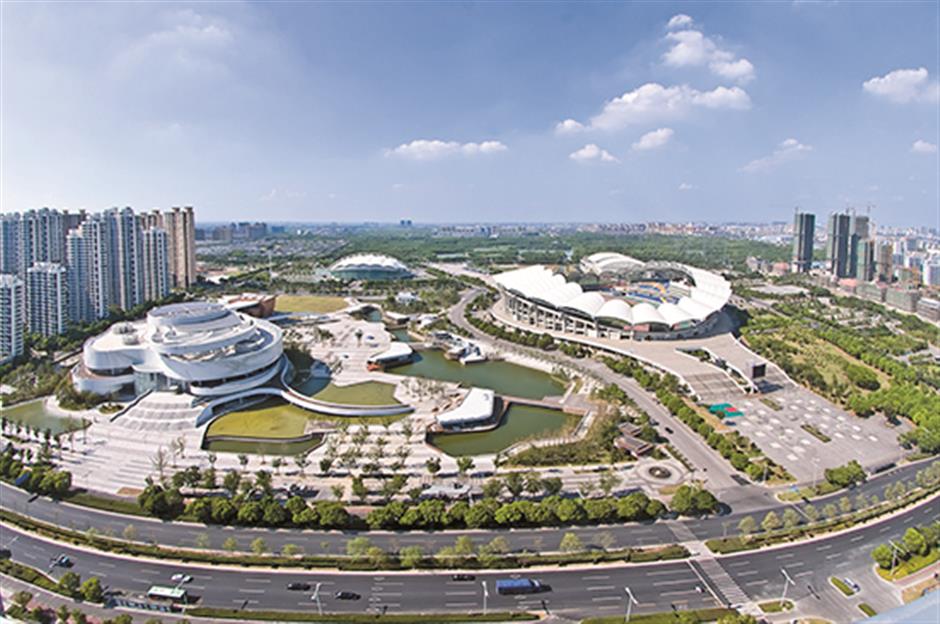 The development zones have become an important support for Suzhou’s economic development. The gross domestic product of Suzhou’s 17 development zones above provincial level reached 1.32 trillion yuan (US$187.44 billion) last year, a year-on-year increase of 10 percent, accounting for 71.35 percent of the city’s GDP.

The export and import of the 17 development zones totaled 328.87 billion yuan during the same period, an increase of 17.23 percent from a year earlier, accounting for 92.88 percent of the city’s foreign trade.

Development zones clustered a variety of resources. At present, the Suzhou’s development zones house nearly 10,000 foreign-funded enterprises, including more than 60 percent of the city’s trading firms.

More than 290 regional headquarters of multinational conglomerates and more than 400 projects carried out by 151 Global Fortune 500 enterprises in Suzhou were in the development zones. Suzhou also cooperated with or assisted local authorities in northern Jiangsu Province, Anhui Province, the Xinjiang Uygur Autonomous Region and the Tibet Autonomous Region to build 24 development zones and deeply integrated in the fulfillment of the Belt and Road Initiative.