The ancient city of Shaoxing, in neighboring Zhejiang Province, boasts a history of over 2,500 years. Widely known for its beautiful scenery and rich culture and heritage, it is also called the “museum with no walls.”

A bird’s-eye view of Shaoxing, an ancient city widely known for its beautiful scenery and rich culture and heritage

As an industrial city, Shaoxing is famous for its textile and mental process industries. The city can leverage its geographical edge as Zhejiang Province is located at an intersection of the Silk Road Economic Belt and the 21st-century Maritime Silk Road, putting Shaoxing in a great position to beef up cooperation with other cities and regions, boosted by the support of the central government’s cross-continental strategy.

The New Transit Railway, as part of the planned Shaoxing suburban rail network, has also developed rapidly. It runs from Qianqing in Keqiao District to Shangyu in Shangyu District, along the Xiaoshan-Ningbo railway. At the end of this September, Qianqing’s third station started operation, extending the line by an additional 20 kilometers.

Shaoxing is also an important export base under China’s Belt and Road Initiative. The export volume in 2018 was 204.6 billion yuan, 10.5 percent higher than the previous year, and accounting for 1.25 percent of the nation’s total amount. By exporting to 217 countries and regions, the city ranked fourth in Zhejiang and eighth in the Yangtze River Delta region.

Located at the center of the Yangtze River Delta region, Shaoxing is regarded as an ideal place to seek opportunities and do business.

The Shaoxing Talent, Culture and Tourism Investment Promotion Conference was held in Hong Kong in May this year. The conference aimed to attract more entrepreneurs from the special administrative region to step up investments in Shaoxing.

According to data released at the conference, among the 75 listed enterprises in Shaoxing, four have gone public in Hong Kong.

“Shaoxing ranks third among all prefecture-level cities in China in terms of the number of listed companies,” said Sheng Yuechun, deputy Party secretary and mayor of Shaoxing.

In fact, the city has been boosting economic ties with many cities.

The government of Shaoxing also signed cooperation agreements with UNISOC, a top chip designer in China, over integrated circuit industry co-development, and the National Eastern Tech Transfer Center over the establishment of the Shaoxing subcenter.

Shaoxing has not only upgraded traditional industries, but pledged to cultivate new businesses to enhance its competitiveness as well.

“Priority will be given to the introduction of new business models and technologies in order to incubate more ‘unicorns’ — startups valued at US$1 billion or more,” said Mayor Sheng.

At the same time, four new industries have been developing rapidly in Shaoxing, namely intelligent equipment, modern medicine, new materials and electronic information. These realized an industry value of 252.3 billion yuan in 2018, up 20.5 percent compared with the previous year, and 8.9 percent higher than the growth rate of the total industrial output value.

The added value of the four new industries in 2018 increased by 15.3 percent to 51.2 billion yuan. The year-on-year growth ranked No. 2 in Zhejiang. 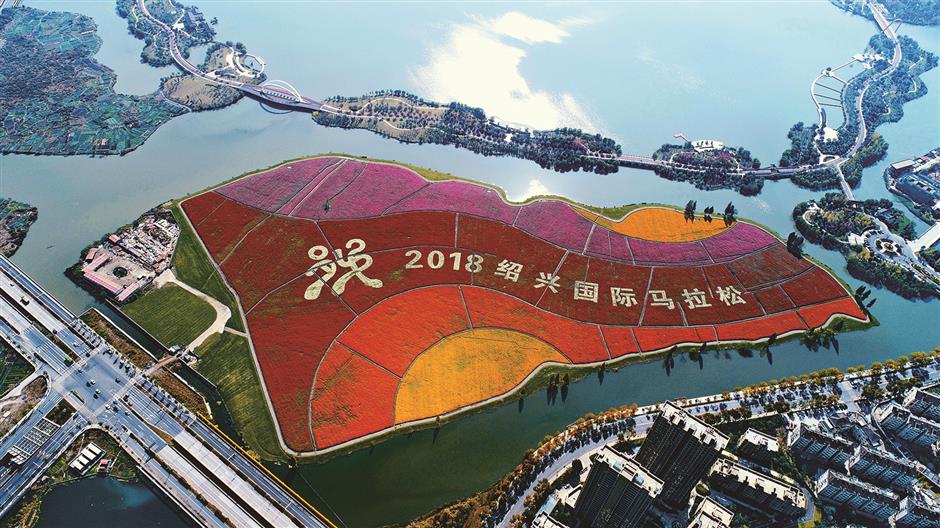 Shaoxing International Marathon has become an annual gala for running enthusiasts from home and abroad. 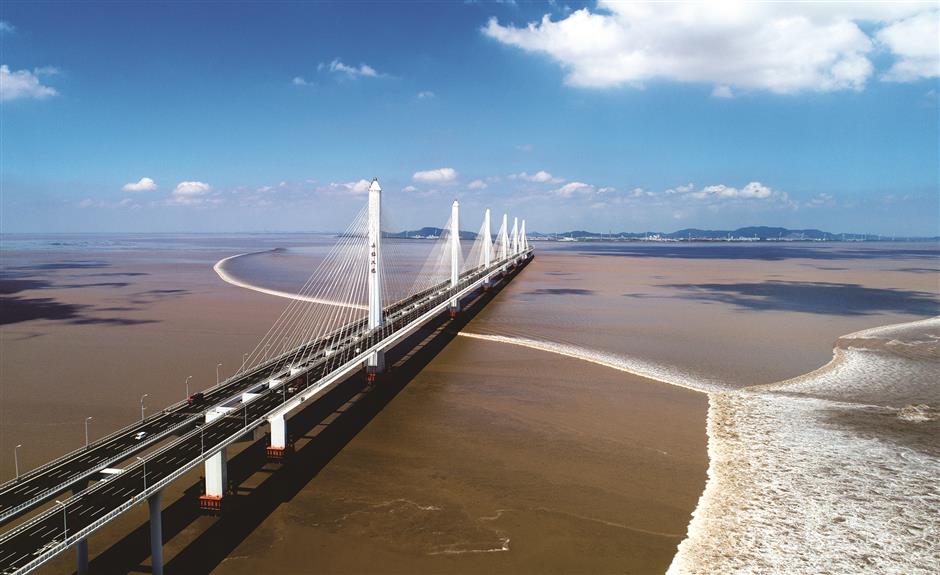 Shaoxing International Marathon has become an annual gala for running enthusiasts from home and abroad.

There are four national economic and technological development zones in Shaoxing — Gaoxin, Keqiao, Paojiang and Shangyu — as well as Shaoxing Binhai New Town, a provincial-level industrial park established in 2010. These development zones have been providing a wide platform for investors and career-builders.

Shaoxing has also a good international reputation for its business environment, providing an efficient administrative service to all investors in the city.

With the slogan of “Coming for Only Once,” local government promises that companies can get construction permit for new project within 100 workdays. If the projects are established in the demonstration economic parks in Shaoxing, the approval period will be shorten to 50 workdays.

Electronic industry will be enlarged by adding another 5,000 enterprises with cloud computer systems, aimed at raising the volume of digital economy by 15 percent.

According to Shaoxing government, there were 167 electronic information enterprises above the designated size (annual profits standing at 20 million yuan) in 2018, completing an output value of 36.06 billion yuan and accounting for 5.3 percent of the total industrial output value.

International companies in the intelligent equipment and biological medicine sectors will be encouraged to cooperate with their domestic counterparts, by introducing advanced concepts.

There were 842 intelligent equipment manufacturing companies above the designated size in Shaoxing in 2018, including 19 listed enterprises. Seven of them were listed among the top 500 private companies in China.

The city boasts a number of important national domestic medicine enterprises, including around 80 big-scale firms whose output value reached 28.03 billion yuan in 2018. The amount accounted for 20 percent of the whole pharmaceutical industry of Zhejiang, ranking third in the province.

As the biggest chemical fiber manufacturing base in Asia, Shaoxing produces a number of chemical fibers, including compound fiber of polyester and nylon, cool fiber, staple fiber, polyurethane elastic fiber, and other traditional chemical fibers.

In the new era of chemical fiber manufacturing, many companies in Shaoxing have been making huge efforts on producing eco-friendly green regenerated fiber and stepping into the high-technology fiber field.

In 2018, there were 289 new material enterprises above the designated size in the city, completing an output value of 112.49 billion yuan. 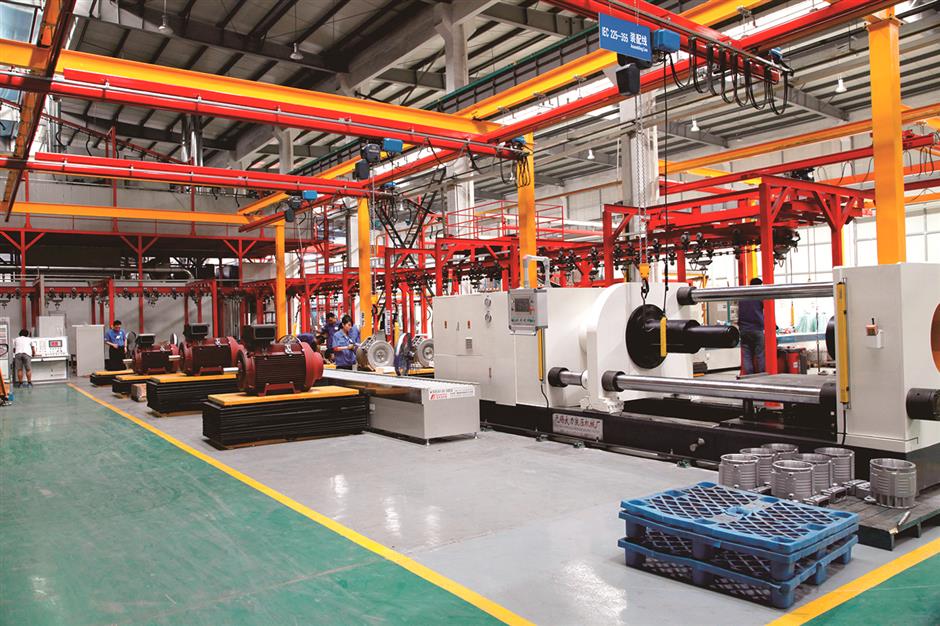 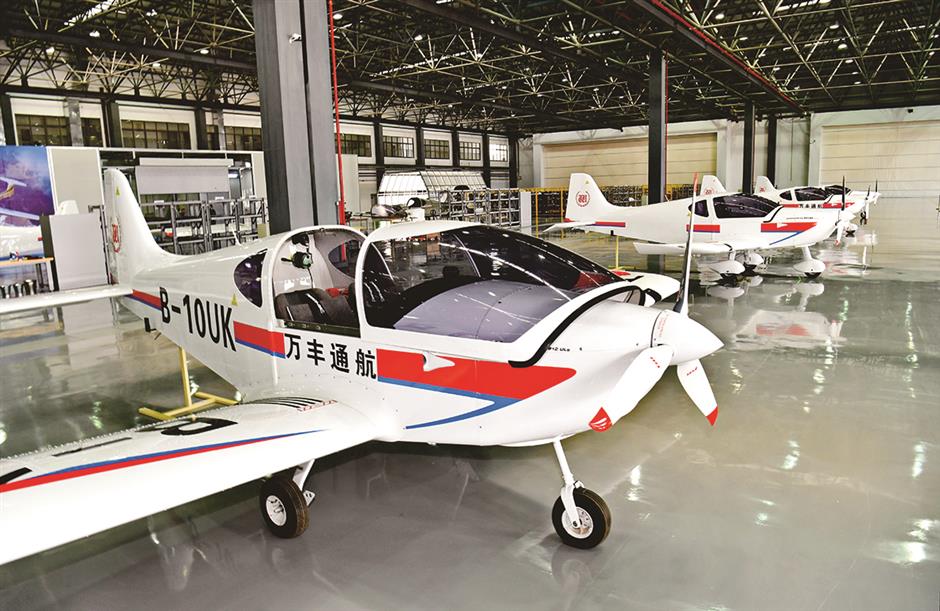