A summit on "hidden champions" was held at the second China International Import Expo on Thursday, gathering Chinese market watchdog officials, experts and scholars, business representatives and insiders to share insights into the development and experiences of low-profile super-performers in the global business field.

Hidden champions are successful small- and medium-sized enterprises (SME) which are not well-known to the general public.

"China's economy is on the stage of high-quality development, and cultivating more hidden champion enterprises is significant in boosting the development of its manufacturing industry," said Gan Lin, deputy director of the State Administration for Market Regulation, during the summit.

"This is also important for the upgrading and transformation of small- and medium-sized enterprises, the change of companies’ development patterns, the optimization of the economic structure, the pursuit of eco-friendly and sustainable development, and the promotion of advanced culture, business concepts, and quality management method," she said.

The administration's duty is closely linked with the market environment for SME, and the international import and export trade rule system, she said.

Business success does not primarily depend on large corporations but on mid-sized world class businesses, and China should development more hidden champions, he said.

"They combine focus in products and know-how with global selling and marketing. Globalization is the growth booster for them," he said. "They have extremely ambitious goals, growth and market leadership."

The summit was jointly hosted by the Development Research Center of the State Administration for Market Regulation, which aims to build a core think tank focused on market regulation, and the China Economic Information Service. 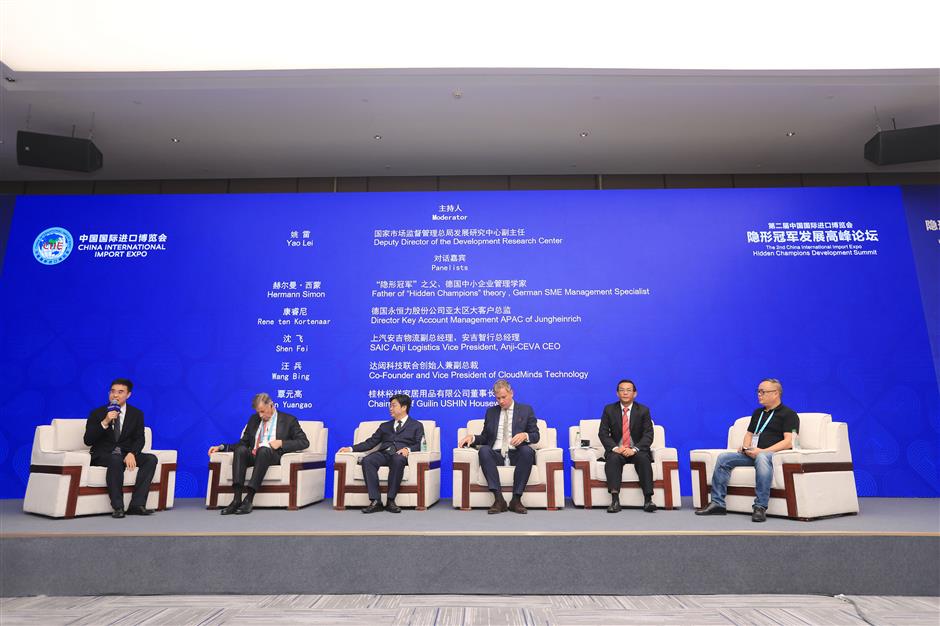