The Lujiazui Financial and Trade Zone is the only state-level “financial and trade” development zone established by China after the opening-up of the Pudong New Area.

In April 2015, the Shanghai free trade zone was expanded to include the Lujiazui Financial Area, covering a total area of 24.33 square kilometers with a core area of 1.7 square kilometers, which is on par with New York City, the city of London and other world-class financial cities.

As the city’s influential central business district, Lujiazui plays a key role in driving the city’s growth in the financial and shipping sectors, as well as fostering innovations in systems and business models in the free trade zone.

Lujiazui is home to 107 regional headquarters of multinational companies, accounting for one-sixth of the city’s total. Many enterprises, global organizations and research institutions have set up operation facilities in Lujiazui, hoping to leverage the area’s advantages in both resources and talent.

In total, the Lujiazui Financial Area has over 43,000 enterprises, including more than 860 licensed financial service providers and over 5,000 emerging financial institutions. 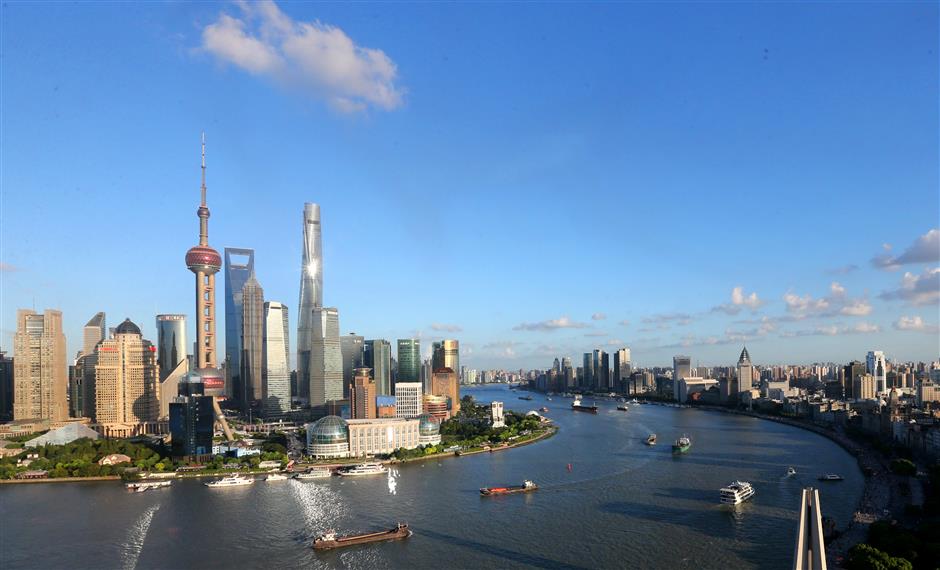 Lujiazui plays a key role in driving Shanghai’s growth in the financial and shipping sectors, as well as fostering innovations in systems and business models in the free trade zone.

More than 230 insurers are based in Lujiazui, including 27 foreign-invested insurers, accounting for 78 percent of all foreign insurers in the city. These foreign companies include 13 property and casualty insurers, 11 life insurers and three reinsurers.

Ninety-six futures brokerages, or 64 percent of the country’s total, have set up operation units in Lujiazui.

At present, 58 internationally renowned asset managers, including nine of the world’s top 10 in terms of asset value, have business operation in Lujiazui. Among the 21 wholly foreign-owned enterprises that have been approved to launch private equity funds in China, 19 are based in Lujiazui. And all four wholly foreign-owned enterprises approved for onshore investment advisory business — Neuberger Berman, Fullerton, BlackRock and Aberdeen — are based in Lujiazui. In 2018, the Global Asset Management Association of Lujiazui was established, with 54 member institutions.

Lujiazui has about 13,000 companies that are engaged in commerce and trade businesses as many global brands choose to leverage the Lujiazui Financial Area as a platform to connect both Chinese and overseas markets.

More than 3,000 professional service organizations have settled in Lujiazui, providing diverse and high-quality services. According to the 2018 list of the Globalization and World Cities Research Network, Shanghai was ranked sixth globally.

There are more than 1,300 shipping companies in Lujiazui, including more than 1,000 professional service providers. Also, there are 42 large-sized manufacturers of shipping facilities and infrastructure based in the business district.