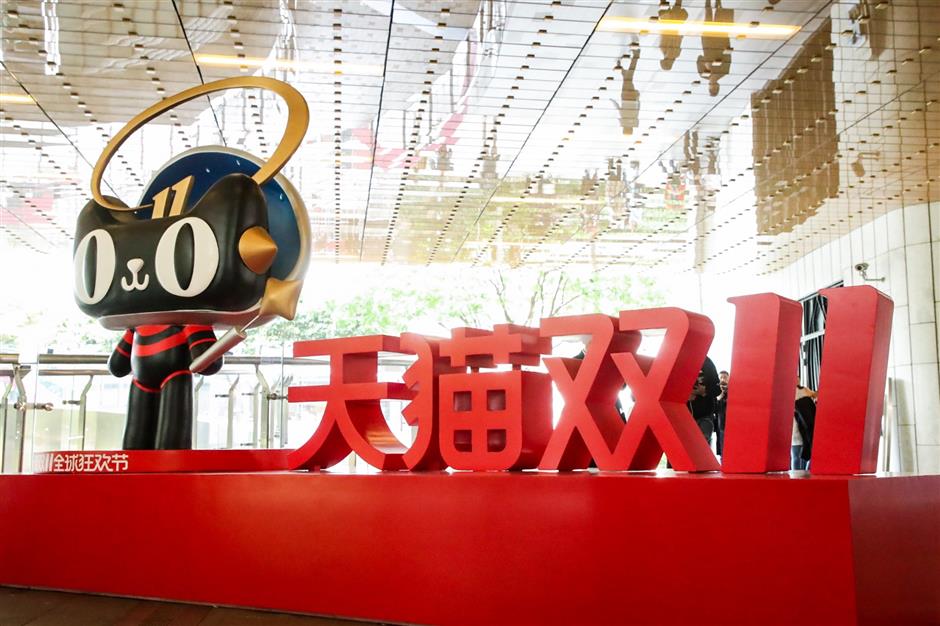 This year adds another “11” to the world’s biggest online shopping spree. It will be the 11th year that the Singles’ Day event in China serves up an extravaganza of sales discounts on the 11th day of the 11th month.

If the past is anything to go by and economic data showing a resilient consumer market are right, today may set new records. Last year, the 24-hour shopping frenzy raked in a record US$31 billion, surpassing the sales receipts for any similar retail shopping event anywhere.

“Think of 11/11 as the Super Bowl for brands,” Jiang Fan, president of Alibaba’s Taobao and Tmall businesses, said in an interview with financial network CNBC. “It’s an opportunity to pull out all the stops to wow Chinese consumers.”

The so-called “Double 11” shopping day is based on a folk holiday started by students at Nanjing University. Seizing on the numeral “1” for a solo person and the November date of 11/11, the students without partners used the occasion to buy gifts for one another and celebrate being unattached.

Alibaba founder Jack Ma latched onto the quirky holiday and turned it into a popular sales event on Alibaba's online shopping sites. It snowballed from there. Since Ma’s recent retirement, the reins of the event have been passed to protégé Daniel Zhang this year.

The annual discount shopping spree has become as much a festive occasion as a business opportunity for retailers.

Most indicators point to a strong trajectory for this year’s event. With more than 200,000 brands up for sale and a million new products on offer, analysts are predicting a record half-billion consumers will participate.

Market trends show that consumers are not only willing to spend, but many are “trading up” in terms of product quality, design and trustworthiness of manufacturers.

"Consumers are no longer looking for out-of-style discount goods, but instead they expect new, relevant, quality products with a low price and good service," said Michael McCool, managing director at consultancy firm AlixPartners.

Consumers from China’s largest cities indicated in an October online survey that their average spending on the day may rise by about half.

However, some 8 percent of the 2,000 respondents said they wouldn’t be participating in the event, a rise from only 1 percent last year. That group was mostly concerned about delay in deliveries, even though massive logistics systems back up sales.

Alibaba and other smaller platforms will be hoping that consumers use Singles’ Day to indulge a bit by buying products to pamper themselves.

What started as a single-day event has evolved into a month-long sale, capped by Singles’ Day. According to Alibaba, dozens of brands on Tmall took in more than 100 million yuan (US$14.2 million) in pre-sale income in late October.

Cutting away all the hyperbole, it’s still new products that attract buyers and drive sales.

Access Corporate Group, a consulting firm representing dozens of brands from Australia and New Zealand, said it expects expects combined sales to reach 1 billion yuan during the 24-hour event consumers to embrace new products that have solid brand appeal and proven efficacy, particularly in the health and wellness realm.

Tmall said as many as 100,000 types of new products would be unveiled on Singles Day, inviting consumers to explore and discover.

Before the event kicked off at midnight, friends and colleagues were chatting online about the shopping lists they had drawn up for the day, exchanging ideas about bargain-hunting.

"But I'll refrain from buying too many personal care items,” she said, “because there are plenty of year-end sales for those.”

Mint Jiang, who decided she wanted to try out a new makeup remover this month, said she decided to stick with a brand she has previously purchased from Tmall.

"I'd rather try something new during normal times because most of the discount packages on Singles Day are in big sizes, and that would be a waste of money if they don’t work on my skin,” she said.

Major online platforms such as Taobao, JD and Pinduodo all strive to keep users on their respective platforms and, in the process, lead them to use less popular functions.

Some worry that such tactics may backfire if consumers show they aren’t interested in interactive games and other “tricks” that detract from the main focus on bargain-hunting.

Perhaps paradoxically, as China celebrates its consumerism, Western countries are observing Armistice Day on November 11 in solemn ceremonies marking the end of World War I and honoring the dead from all wars.