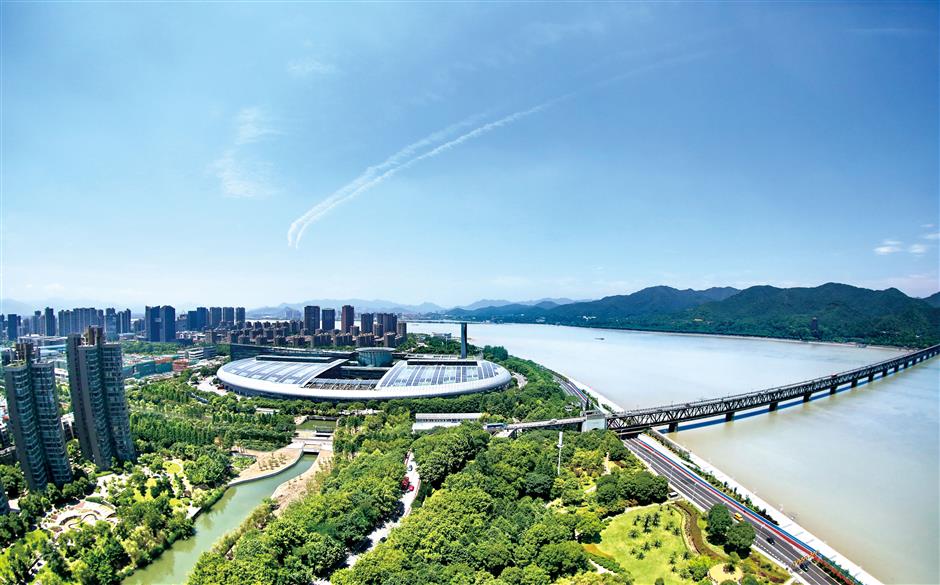 A bird’s-eye view of Binjiang District

Hangzhou’s Binjiang District has already been an attractive area with plenty of high-tech companies and a favorable business environment. Now, the district government believes it can sweeten the deal by launching a new development blueprint and preferential policies.

The blueprint reveals that Binjiang will continue developing its digital economy and advanced manufacturing industry. Supportive policies have also been announced to realize these goals.

By 2025, Binjiang is expected to have two 100-billion-yuan (US$14.2 billion) industrial clusters, namely for artificial intelligence and Internet of Things; and four 50-billion-yuan clusters for smart manufacturing, new energy, telecommunication equipment and health care.

By 2035, the district is hoped to be one of the world’s top-class high-tech areas that is capable to compete with counterparts in other cities, like Zhangjiang in Shanghai and Zhongguancun in Beijing.

A think tank made up of 13 leading entrepreneurs and professors was established to coordinate Binjiang’s development. Luminaries include Founder of NetEase Ding Lei, President of Hikvision Group Chen Zongnian and Founder of Supcon Chu Jian.

“Innovations always come first when the government develops the manufacturing industry. Of course, commercializing scientific research results might fail in the end. Tolerance from the public and government departments will definitely encourage more innovations,” said Chu.

“Development of small and medium-sized companies are important, since they are innovative pillars. Remember that every big enterprise developed from a small one,” Chu added.

Chu is a scientist and outstanding entrepreneur who has run Supcon in Binjiang for over 20 years. The company is about to cut energy costs to enhance competitiveness, echoing with the local government’s blueprint.

For years, local authorities have implemented their preferential policies on rent and financial subsidies to attract talent.

To make the district a leading labor market and innovation center in Hangzhou, its famous 5050 Plan includes subsidies of up to 1 million yuan for promising projects.

Dong Zongyu, who established the Hangzhou Youzhilian Co in March, is one of the 5050 Plan subsidy recipients. After working in the US for six years, he returned to start his own chip business in Binjiang.

“I am drawn by the local government’s financial support. Designing chips requires a large quantity of money at the startup period. Binjiang granted us over 800,000 yuan at one time, and will cover 30 percent of research and development costs in the future,” said Dong.

His chips specialize in security, communication and Internet of Things applications. The close proximity to other integrated circuit companies also attracted him to Binjiang. 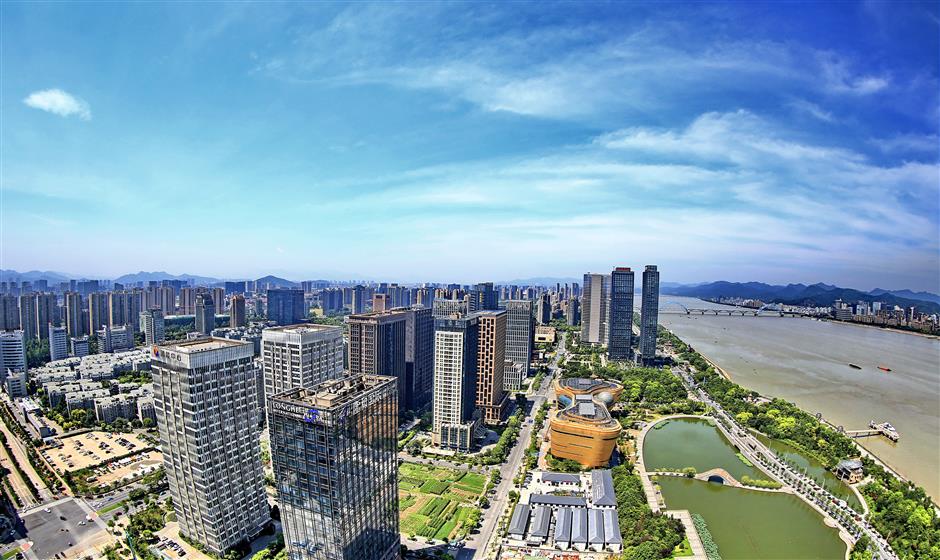 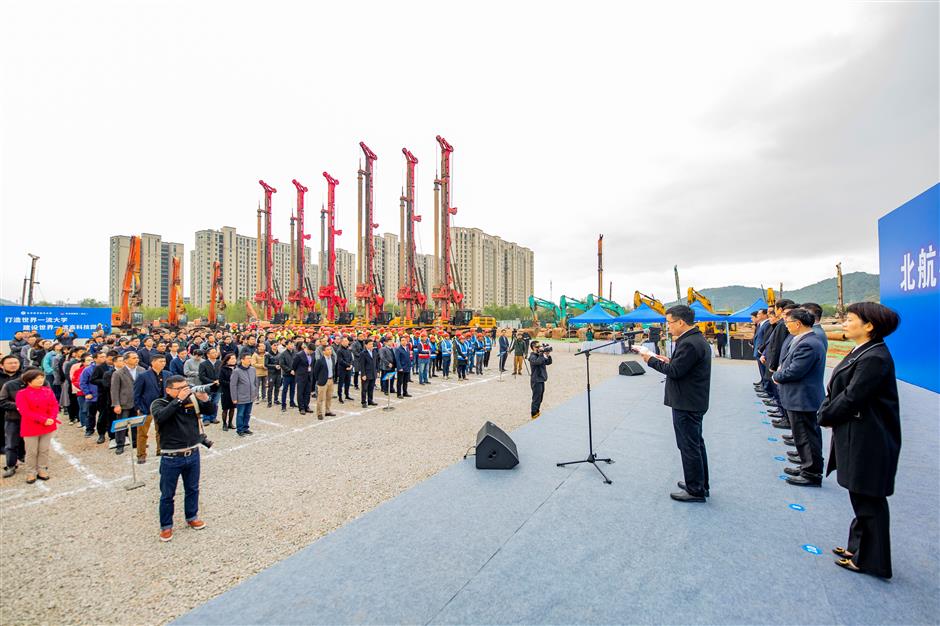 In a bid to grow its talent pool and build a scientific innovation platform, the district has cooperated with Beihang University to build the Hangzhou Beihang Graduate School in Binjiang.

Foundations were laid on November 18, and the construction is set to be completed by 2021.

The school is about to accelerate the development of high technology. After completion, it will include more than 2,000 graduate students majoring in AI, information materials, digital information, cyberspace security and quantum science.

For years, the Binjiang government has been striving to build itself into “a district with the strongest digital economy in the country.” It has built an Internet of Things Town to achieve that goal.

The town gathers a group of high-tech and Internet companies. In its 3.66-square-kilometer area there are around 89,000 employees in 452 companies, including 11 listed firms and 61 national-level high-tech enterprises. 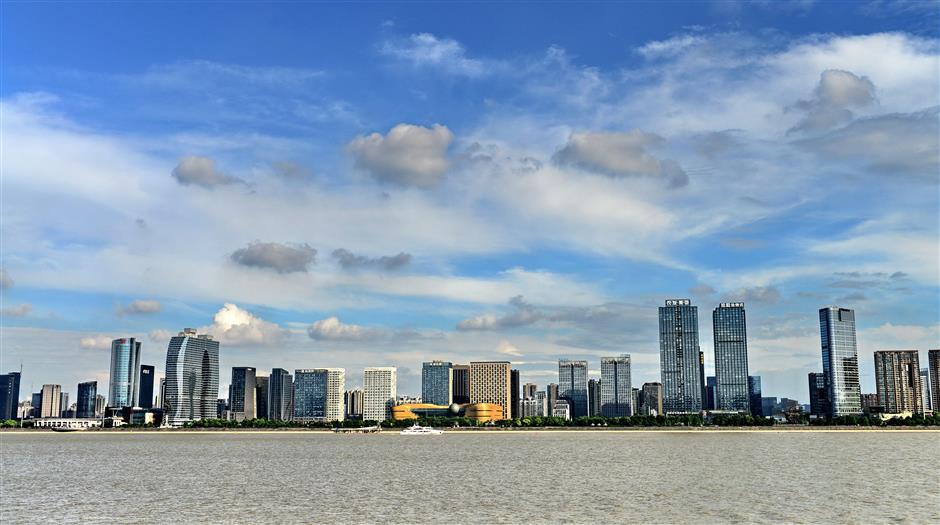 Last year, it achieved 207.7 billion yuan in revenue. In 2021, the town is expected to add around 300 enterprises in the fields of cloud computing, big data, information security and chip manufacture, with revenue expected to reach 300 billion yuan.

In efforts to carve out more space for future development, Binjiang has cooperated with Fuyang District to set up a special cooperative area along the Fuchun River. It covers around 5.8 square kilometers and will provide land for more manufacturing enterprises.

The cooperative area was established under the central government’s initiative to integrate the Yangtze River Delta region. The two districts will deepen the cooperation in the fields of information technology, new materials and new energy.

“Last year, we applied to build a new industrial park to develop 5G technology. Not long ago, the foundations were laid. The whole application process only took 10 months. The effectiveness is unbelievable,” said Su Weifeng, president of Hangzhou Freely Communication Co. 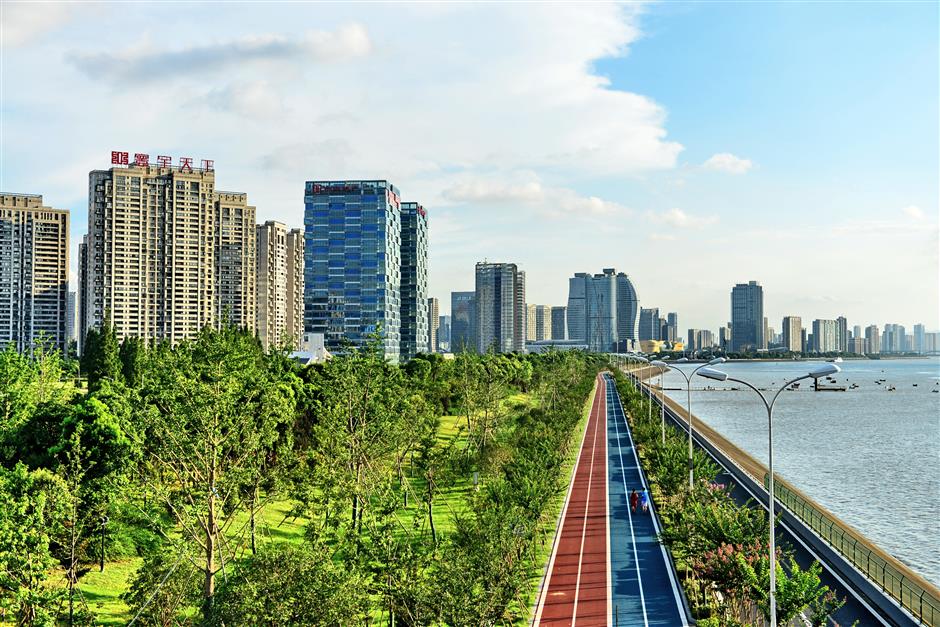