Meatless 'meat' on offer. What's next? 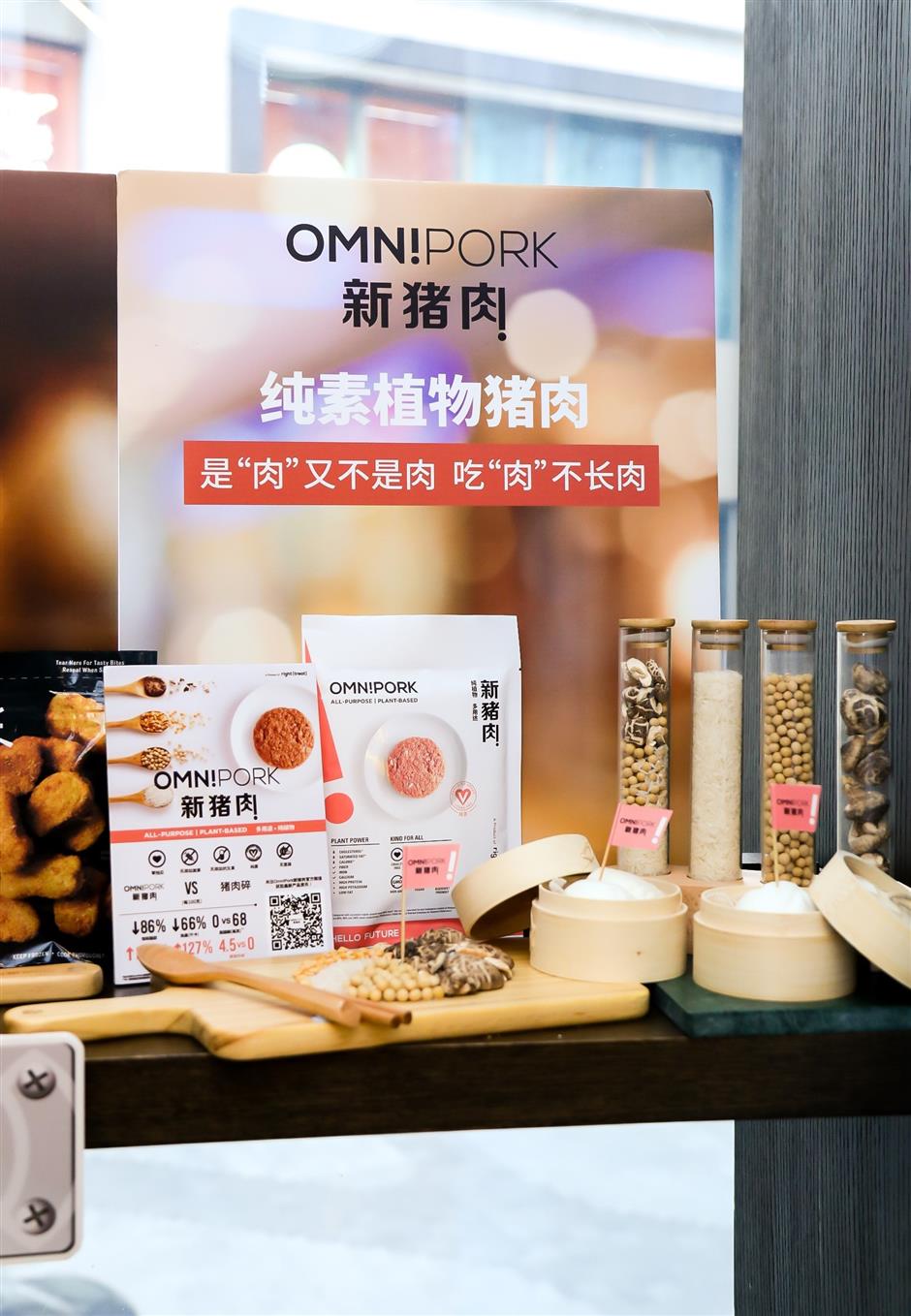 OmniPork-branded artificial meat is now available on the Chinese mainland.

Businesses are one step closer to putting meatless “meat” on Chinese tables. But the questions remain: is it really healthy and worth the money?

Several shops have started to offer artificial meat for the first time through retailing channels, kicking off mass selling of the products still the subject of heated debate.

Claimed to be more environmentally friendly and contain better protein but less fat, Hong Kong-based Green Common announced on Tuesday the launch of its store on Tmall Global. It offers nearly 40 plant-based products on the digital platform.

“We bring together the most innovative second-generation of food in an effort to promote a healthier plant-based lifestyle that is beneficial for consumers, for society and for the planet,” Green Common said in a statement.

Its e-shop has OmniPork-branded artificial meat at 28 yuan (US$4) for a 230-gram pack. The price is a Black Friday promotion. The regular price is 56 yuan.

“I can’t believe it tastes so similar to the real meat,” said a consumer surnamed Zhou, who had tried it in Hong Kong. She sent an order the first day OmniPork became available on the Chinese mainland.

By Thursday, the store had sold nearly 4,000 packages of “pork” that is plant-based and has less cholesterol, calories and fat than real pork, while adding fiber, calcium and iron.

Besides Green Common, there are also businesses from both home and abroad including Whole Perfect Food, Zhenmeat, Starfield, Impossible Foods and Beyond Meat developing artificial meat products and trying retailing them.

“You can see the market is there,” said Xue Yan, secretary general of the China Plant Based Foods Alliance. “Not only vegetarians are interested in artificial meat, but also people who care about a healthier lifestyle.”

There are two types of artificial meat: one is plant-based varieties such as OmniPork created with protein from soy and other plants; and the other is lab-grown, cell-based meat cultured from stem cells from living animals. They are claimed to be able to help fight climate change and even improve animal welfare.

But cost is always the problem. In 2013, the first clean burger created by a team of Dutch scientists cost US$330,000. According to a BBC estimate, the public will get their first taste of cell-based meat in 2020 but pay a premium of around US$50.

Even plant-based OmniPork is sold at a price similar to real pork, which is at a record high on the Chinese mainland.

“It is still too early to say whether artificial meat will become part of people’s lives,” said Zou Yushan, an analyst with Hill Stone Capital. “Some people just try out of curiosity, and it’s difficult to convince a larger proportion of the benefits.”

US-based Beyond Meat, a pioneer in artificial meat development that saw its share price jump by 163 percent on its listing debut in New York in May, has seen some investors flee, partly because of the high cost of research, according to media reports.

“I won’t try it even if it is not that expensive … I prefer real meat,” said a consumer surnamed Deng in Shanghai.