With lofty goals, a town of openness rises

Lingang, a special area that is part of the Shanghai free trade zone, will be the answer to the liberalization and facilitation of investment and trade in the next five years.

On the southeastern tip of Shanghai, a number of functional platforms with higher openness will be created together with the agglomeration of a number of world-class enterprises, which will significantly enhance regional creativity and competitiveness, and significantly boost economic strength and total output, according to the master plan for the development of Lingang.

Moreover, the port town on the East China Sea will become a special economic functional zone in the next 10 years with a much more developed system. 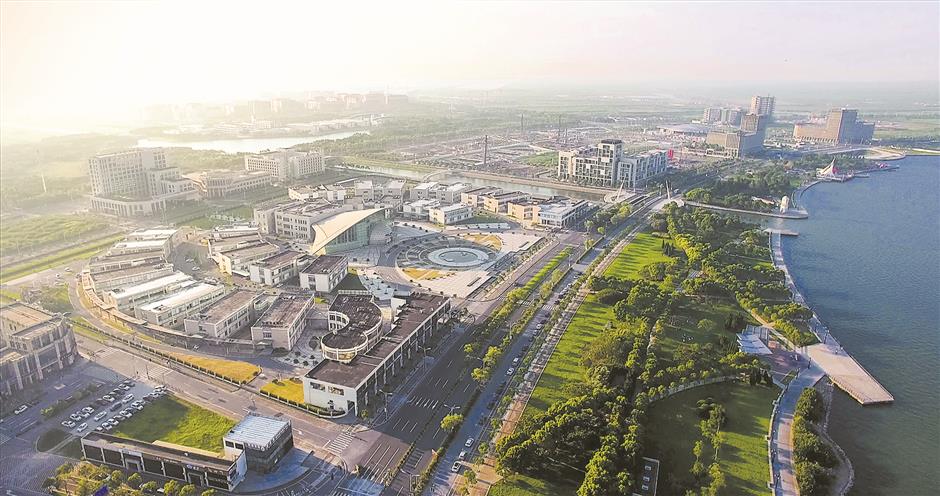 By that time, the core function of Lingang will be the allocation of global high-end resources when it plays the role as a major site for China’s deep integration into economic globalization, according to the plan.

Lingang is expected to become China’s answer to internationally recognized economic zones with the strongest level of competitiveness, such as Tokyo Bay, Singapore Marina Bay and Dubai Free Zone.

Called the Lingang Special Area, it was set up to promote smart manufacturing, modern services and a setting for innovation and healthy competition.

It will focus on seven cutting-edge industries so as to differentiate itself from the rest of the free trade zone.

Chen Jie, deputy director of the Lingang Special Area Administrative Committee, said that Lingang’s role in industrial development is to unblock bottlenecks and support the innovative growth of emerging industries.

Lingang is envisioned as an Asia-Pacific, cross-border capital service and offshore settlement center for multinational enterprises. It will also play a role as a cluster of new offshore trading headquarters, thanks to the customized cross-border free trade policy.

Additionally, Lingang will promote the development of high-end shipping services as part of Shanghai’s ambition to become an international shipping center.

Lingang marks a further opening-up of China’s trade policies and the shift in emphasis on the service industry from manufacturing, said Quan Heng, vice chairman of the Shanghai Federation of Social Science Associations.

With widely expected risks in the service sector, such as in the fields of education, medicine and finance, China needs to balance these uncertainties when it further opens up its economy, Quan said.

Lingang must therefore become a testing ground for pressure and risks, he added.

Lingang will provide more public services and create a livable and business-friendly modern town with a high-quality life, Chen said.

It will advance education, medical resources, sports, recreation and cultural and leisure activities. In short, it will be an ideal place in Shanghai for people to live and work, according to the Lingang New Area Economic Development Co, a subsidiary of the state-owned Lingang Group. 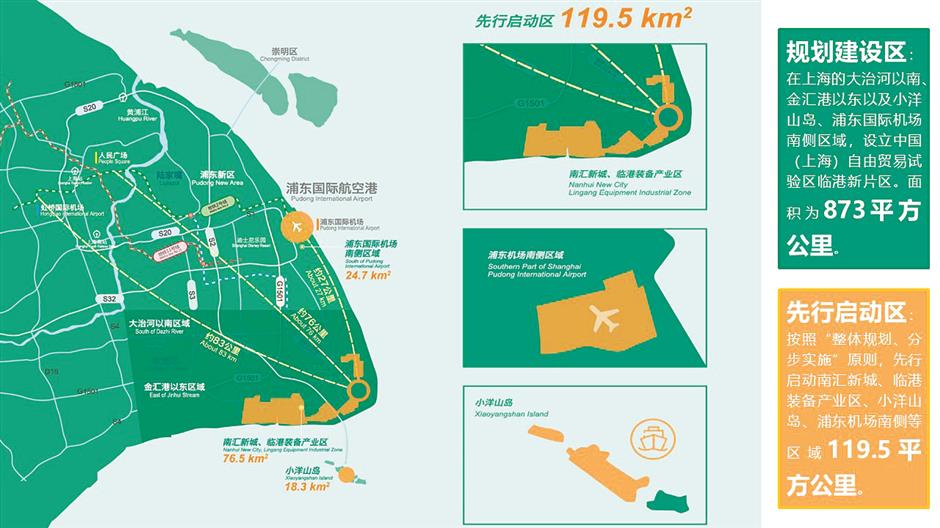 Lingang will be mainly divided into eight areas:

1. A cutting-edge industrial zone will be set up for the development of the integrated circuit, intelligent new-energy vehicle, high-end equipment manufacturing, green remanufacturing, aeronautics and next-generation information technology industries.

3. The life science and technology industrial zone is for biomedicine and intelligent new-energy vehicle.

5. A special comprehensive bonded zone will be where modern shipping service and new international trade flourish.

7. The area to the south of the Pudong International Airport will be the base for aeronautics and modern shipping service.