Suzhou builds on record of success 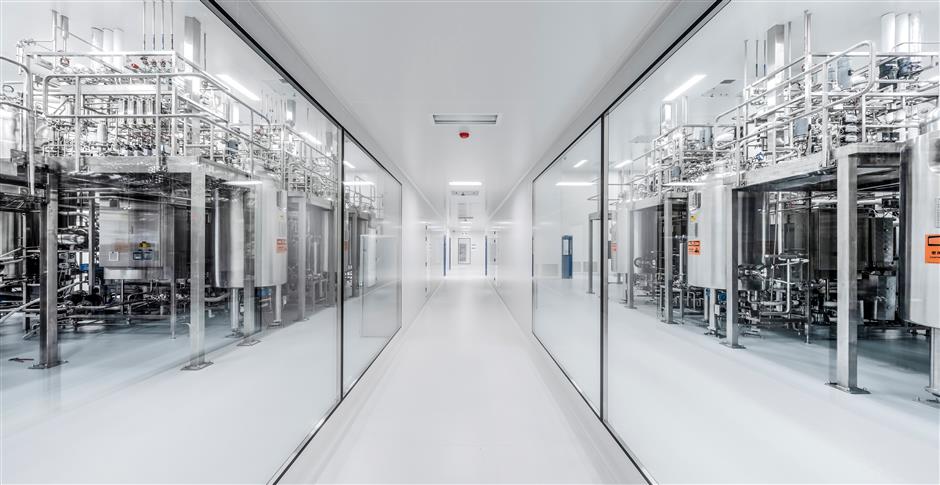 Inside Innovent Biologics Inc, a leading manufacturer of advanced medicines in Suzhou.

Suzhou is a magnet for business startups. It is home to more than 300 regional headquarters of foreign companies and functional businesses. It has attracted more than 400 projects invested by 156 Fortune 500 companies.

For years, Suzhou has been upgrading its business environment. The very first one-stop administrative service center in China was established in the Suzhou Industrial Park.

In the new era, Suzhou will spare no efforts to meet the goal of further modernization. Riding the waves of multiple national strategic opportunities such as the Belt and Road Initiative, the Yangtze River Economic Belt, integrated development of the Yangtze River Delta and the pilot free trade zone, Suzhou is tasked with blazing a path of socialist modernization with Chinese characteristics.

Suzhou is outlining a new vision and striving to build itself into a modern international city featuring a comprehensive traffic and transportation system, an innovation system to stimulate landmark industries, a system to guarantee the functions in a modern city, a communication system for cultural resources and an ecosystem to ensure environmental sustainability.

A new can-do spirit is taking shape in Suzhou. The city yearns to compete not only with the other 12 prefecture-level cities within Jiangsu Province, but also China’s other 15 cities with GDP exceeding 1 trillion yuan (US$144 billion).

Along the way, Suzhou will showcase utmost enthusiasm and put in real effort to create greater prosperity. Suzhou is raising its opening-up level to new heights. At the second China International Import Expo, President Xi Jinping said: “Standing at a new historical starting point, China will open its door only wider to the world.”

In response to this call, Suzhou will embark on a new journey toward higher goals through greater openness with passion and determination.

The policies announced at the Conference on Further Opening-up in Suzhou, which was held on Friday, send a clear message — Suzhou welcomes friends from all over the world. 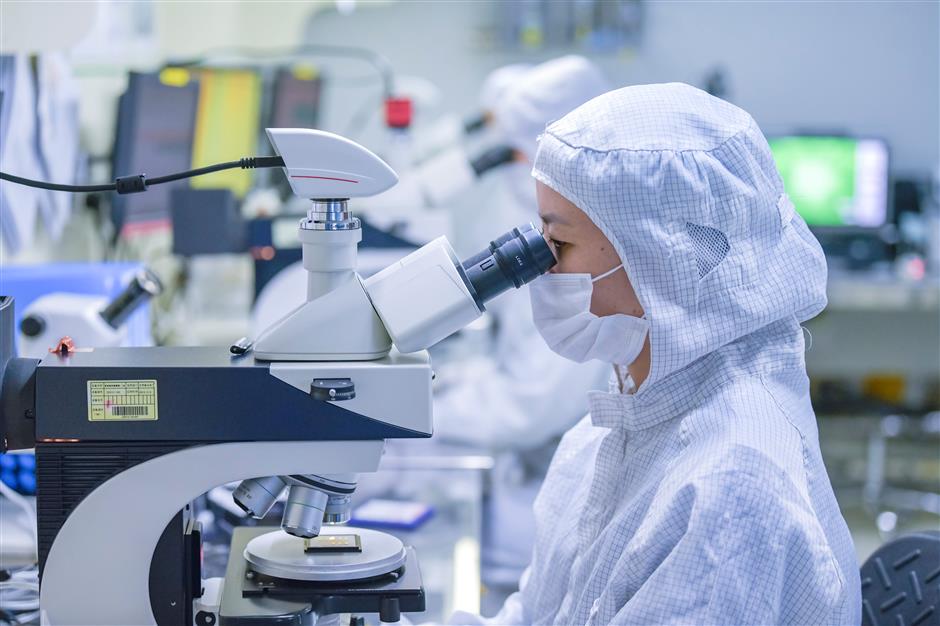 A staff member of the Suzhou Everbright Photonics Co Ltd checks a chip. 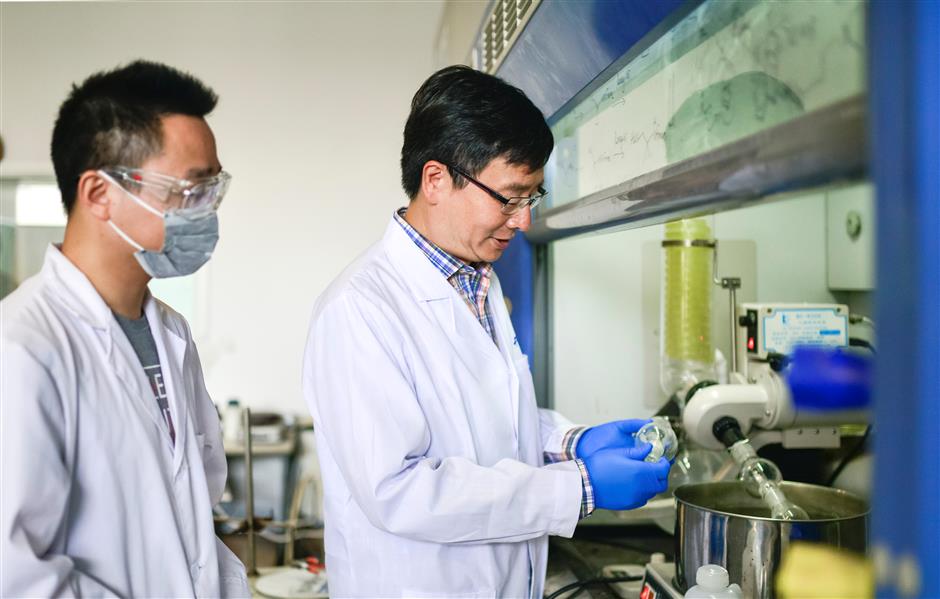 Researchers at the laboratory of the Suzhou Kintor Pharmaceutical Inc

A profile of Suzhou

Suzhou is located in Jiangsu Province, bordering Shanghai on the east, Taihu Lake on the west, Zhejiang Province on the south and the Yangtze River on the north.

It covers an area of 8,657 square kilometers, with the area of rivers, lakes and wetlands accounting for 36.6 percent of the total. By the end of last year, the registered permanent household population was 7.22 million.

Suzhou is a city with a history of thousands of years and profound culture. As the ancient saying goes: “In the heaven there is paradise, on Earth there are Suzhou and Hangzhou.”

Suzhou enjoys fame as the “Oriental Venice.” Originally built in 514 BC, the city is still at its location dating to the Spring and Autumn Period (770–476 BC).

Suzhou is also a prosperous metropolis full of vitality with China’s famous historical and cultural towns including Zhouzhuang, Tongli and Luzhi surrounding the city. With a blending of tradition and modernity and the combination of the West and the East, it is the only city that has won both the Habitat Scroll of Honor Award and the Lee Kuan Yew World City Prize. 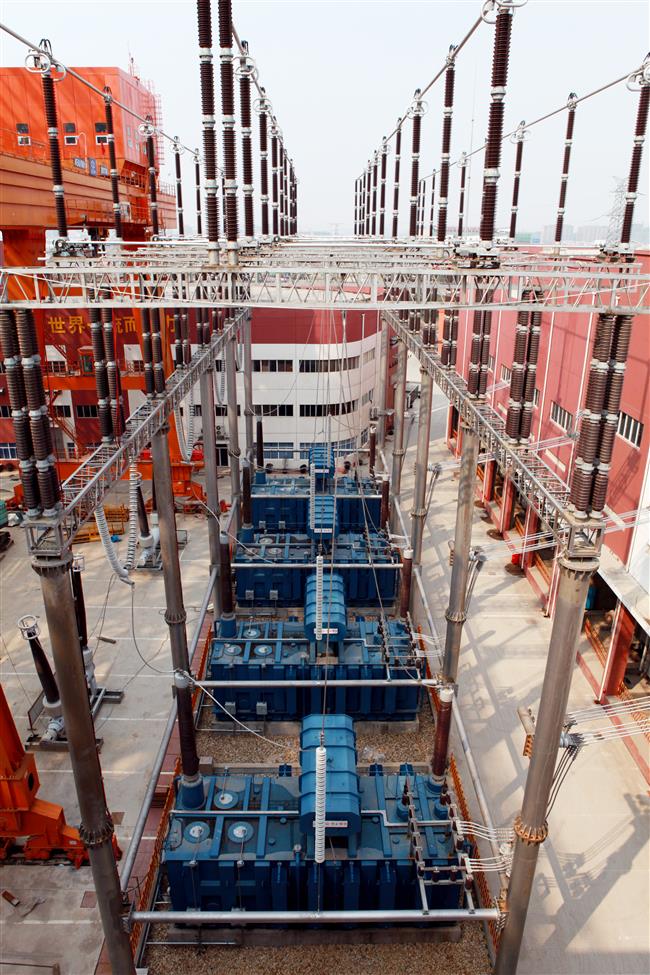