Domestic and overseas pharmaceutical companies and consumer goods providers are among those lending a helping hand to Hubei Province, which is the epicenter of a pneumonia outbreak.

Roche and its diagnostics division is donating over 4.3 million yuan (US$623,188) in cash and supplies, and a special task force was set up to ensure stable supply of prescription drugs including anti-virus and anti-infection treatment and interferon.

It also donated a nucleic acid extraction purification machine, polymerase chain reaction facility and other testing devices and reagents worth a total of 2.8 million yuan to help virus research and patient diagnosis. 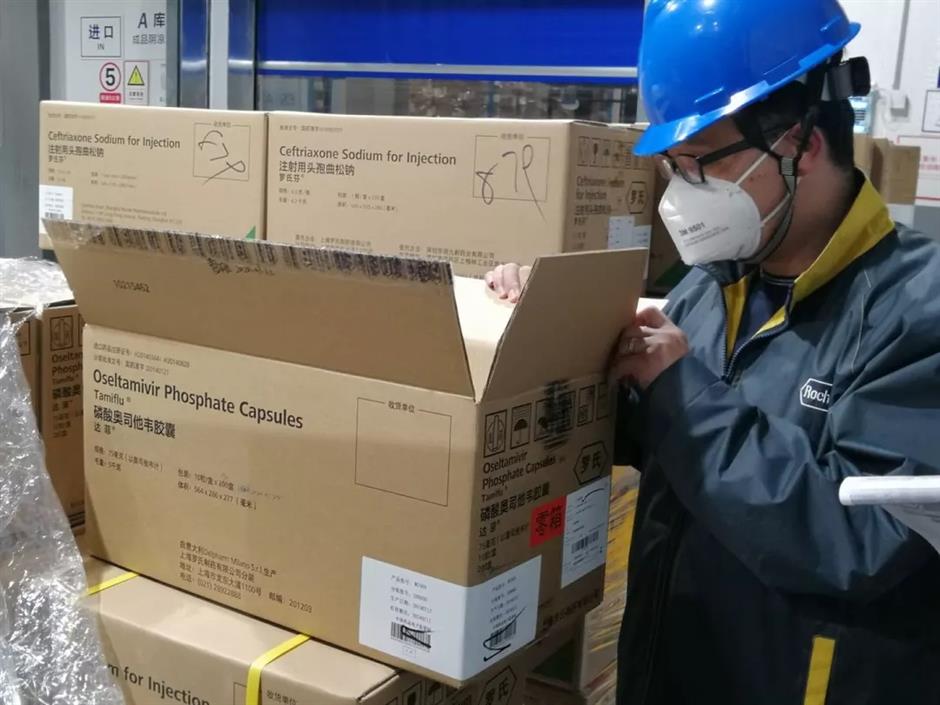 Roche is sending its flu treatment Oseltamivir and other drugs to hospitals nationwide.

Siemens' health-care division responded within hours after receiving a request for a new computed tomography machine from Wuhan Red Cross Hospital, which is a designated fever clinic hospital. Five local engineers were dispatched to conduct on-site inspections and debugging and the machine has been operational since the weekend.

It has also donated a portable ultrasound device and network facilities to the Renmin Hospital of Wuhan University.

The company's logistics team is also expediting the import of parts for computed tomography and digital radiography machines to ensure supply and smooth operation of existing facilities. 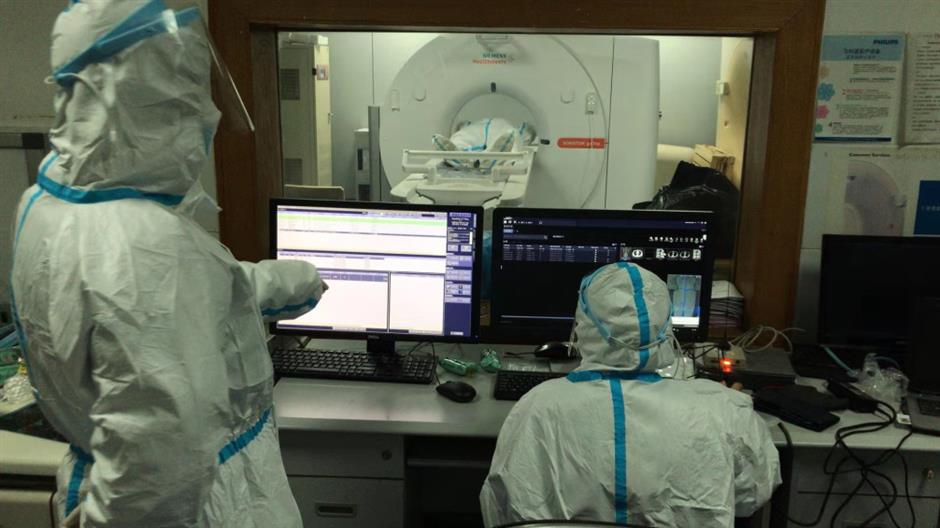 A new CT machine from Siemens Healthineers is set up at the Wuhan Red Cross Hospital.

Boehringer Ingelheim has donated 1 million yuan to China Red Cross Foundation to purchase protective clothing, goggles and other medical protective materials for hospitals in Hubei Province amid the epidemic.

Boehringer Ingelheim's headquarters in Germany purchased 100,000 N95 masks, worth more than 2 million yuan, which will be donated to Wuhan hospitals.

Fosun International has secured medical supplies in urgent demand including 330,000 facial masks and 270,000 sets of surgical protective gear from overseas.

The first batch of 8,000 protective gear and 10,000 masks were offered on early Wednesday to nearly a dozen local medical institutions and medical teams sent from other parts of the country. 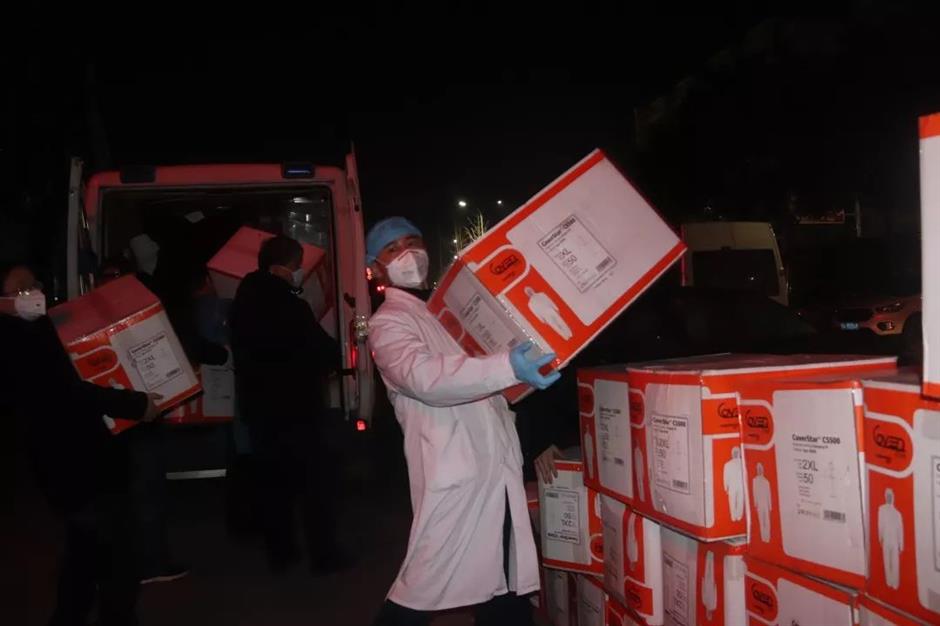 Fosun has delivered protective gears to a dozen local medical institutions and medical teams from other parts of the country.

Bayer's prescription antibiotic moxifloxacin hydrochloride tablets have been dispatched from its supply center in Guangzhou and reached Wuhan over the weekend.

More than 400,000 boxes of Redoxon Vitamin C Tablets and pain killing drug Saridon (paracetamol) were sent to Wuhan within a single day.

The German company is also donating 4.5 million yuan in cash. 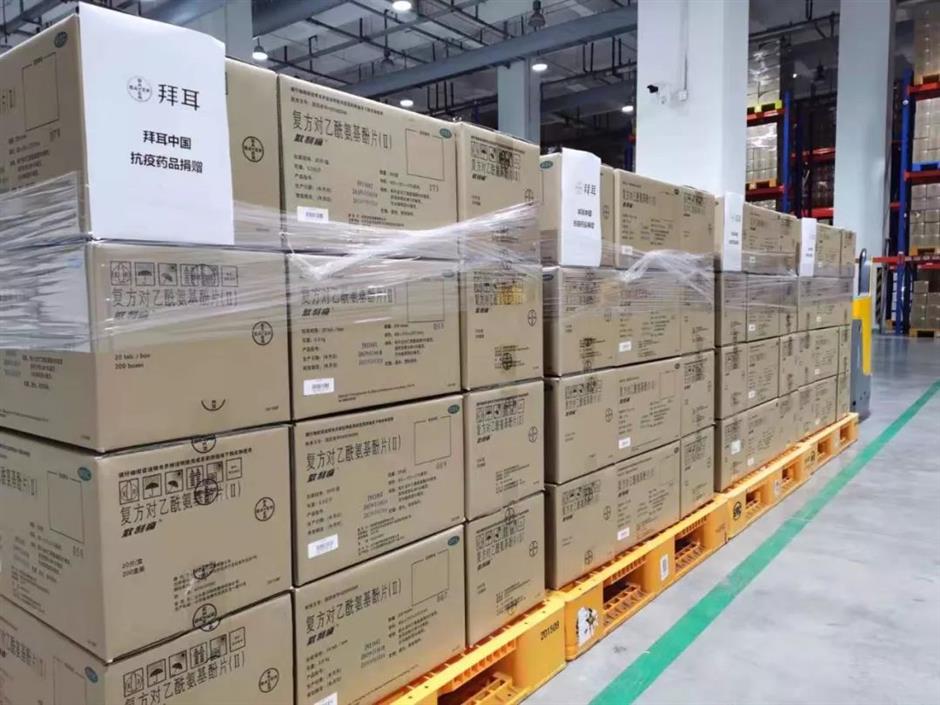 Bayer has prepared Vitamin C and pain relief drugs to be sent to Wuhan.

Nestle has dispatched nutrition-enhanced food supplements from domestic warehouses to Wuhan while donated 40 million yuan worth of food and cash to the China Red Cross Foundation. 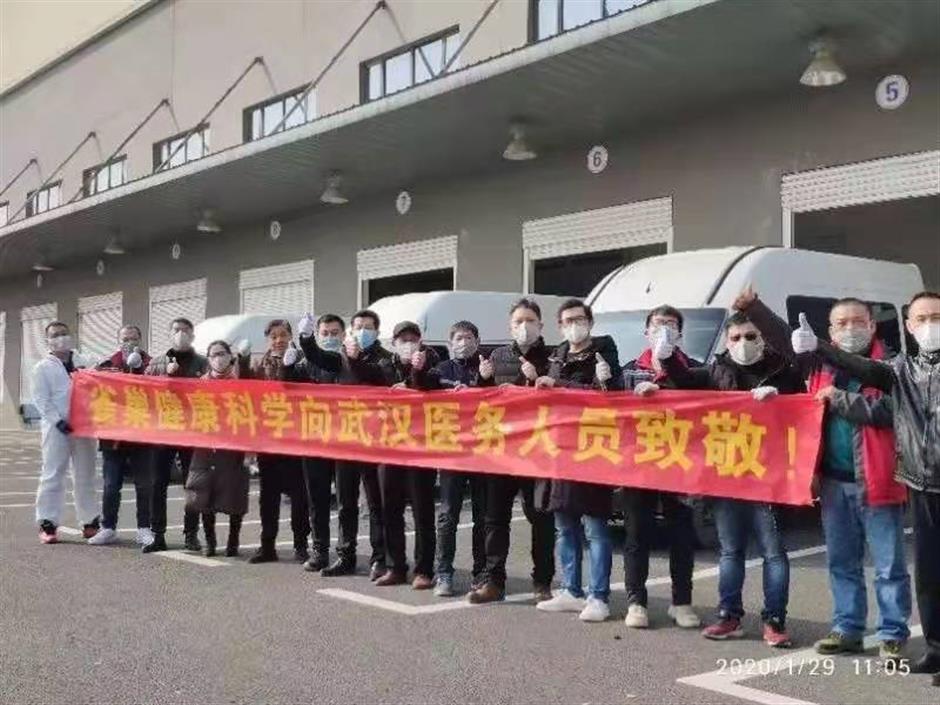 Nestle has dispatched nutrition-enhanced food supplements from domestic warehouses to Wuhan while donated 40 million yuan worth of food and cash to the China Red Cross Foundation.