District sets out its ambitious goals for 2020 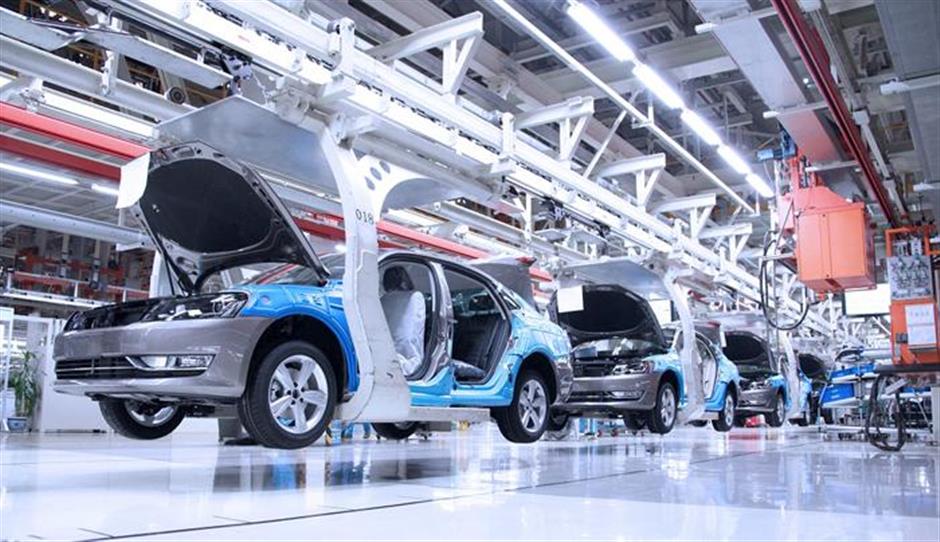 New energy vehicles at a production line of SAIC Volkswagen in Jiading.

This year, the final year of the 13th Five-Year Plan, finds Jiading in a critical period of accelerating the construction of an innovative and dynamic district and improving the district’s functions and core competitiveness.

Jiading has set goals for economic and social development in 2020 — added value to increase by 4 percent; the general public budget revenue to realize positive growth; growth of the total output of industrial enterprises with an annual business income of 20 million yuan (US$2.9 million) and above to keep pace with the whole city; and the output of strategic emerging industries and total retail sales of social consumer goods to increase by 10 percent.

The reduction rate of comprehensive energy consumption per unit of added value and the emission reduction of major pollutants will meet Shanghai’s targets; the growth of per capita disposable income of residents will keep pace with economic growth; and the number of registered urban unemployment to be kept within city targets.

This year, Jiading will deepen its involvement in the national strategy of “three major tasks and a major platform” — the expansion of the Shanghai free trade zone to include Lingang in the Pudong New Area; launching a science and technology innovation board on the Shanghai Stock Exchange in tandem with an experimental registration-based system for initial public offerings; promoting higher-quality growth and the integration of the Yangtze River Delta; and be a great host for the China International Import Expo.

Jiading will promote high-quality development of the economy, deepen the construction of turning itself into a major site to achieve Shanghai’s ambition to become a global science and technology innovation center.

It will also focus on improving regional economic density, enhance the development of urban functions, accelerate rural revitalization, and strive to improve people’s livelihoods and the environment.

Steady progress in a chain of improvements

Jiading made steady progress in its economic and social development last year.

It partnered with neighboring Suzhou, Wenzhou and Wuhu cities to establish a 10-billion-yuan Yangtze River Delta industrial upgrading equity investment fund; set up Jiading work station for listing on the Shanghai Stock Exchange; undertook the institutional innovation of the free trade zone; optimized the functions of a cross-border e-commerce and comprehensive service platform; and performed well in the service work of the second China International Import Expo.

The construction of a “world-class automotive industry center” went smoothly. The SAIC Volkswagen MEB electric vehicle plant has begun trial production. With a planned 2.15 square kilometers, a hydrogen energy harbor will be built in Jiading to cultivate an industrial chain for hydrogen fuel cell vehicles.

Toyota and Great Wall Motors set up R&D centers or regional headquarters in the district.

The total number of businesses in Jiading reached 216,000 last year.

The district also introduced US$3 billion of foreign investment, up 18 percent from a year earlier.

In Lianyi Village, nearly 10 hectares of land will be the cornerstone for a strong agriculture in the future.

Jiading practiced garbage sorting in all of its 758 neighborhoods and 111 villages. A network of 844 transfer stations and recycling facilities was built. Stores and restaurants along 151 streets in the district are now part of the garbage-sorting system.

Jiading’s skyline was clearer and its shorelines more beautiful after efforts to combat pollution.

The district increased investment for “quality plus balance” development in the fields of education, medical care and culture to build a beautiful and livable community, and enable Jiadingers to feel more satisfied, happier and safer.