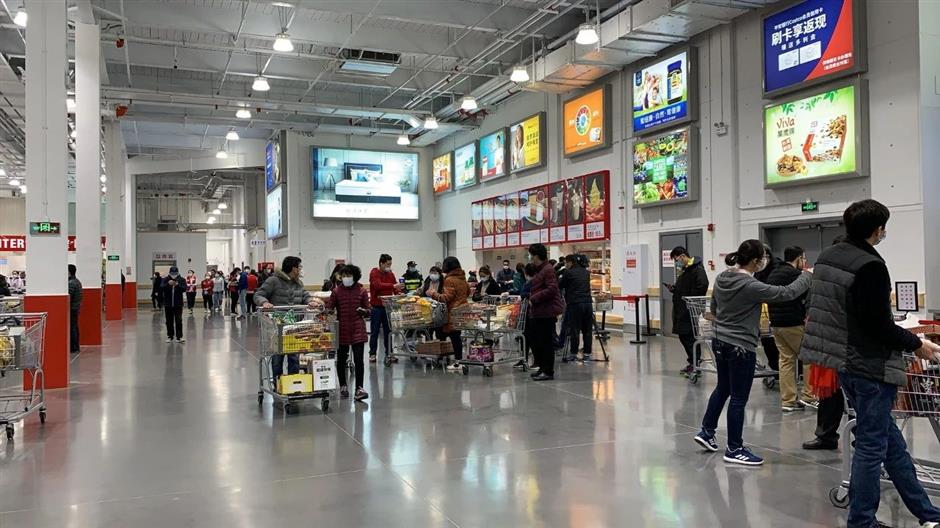 Shoppers mill around in the normally crowded store.

Costco has been ordered to prevent large crowds forming at its Minhang store.

Minhang District market regulatory body as well as the district's public health department have found the retailer failed to take due public health measures, including insufficient action to prevent large crowds from forming.

A total of seven measures should be taken, according to the directive from the district government, such as ordering security staff to maintain order and avoiding lines forming at counters and cashiers.

Customers should keep one meter away from each other while queuing, and some of the best-selling products such as croissants and roast chicken have been pulled off the shelves to avoid overcrowding.

Many shoppers who want to make bulk purchases of fresh food and daily necessities assailed the store over the weekend.

Costco took preventive measures including having customers' body temperatures measured and ensuring they wear masks in the store. It has also moved its closing time ahead to 7pm from 9:30pm.

Minhang authorities have set a limit of 1,000 shoppers in the store at any time with designated queuing areas outside.

The store must exactly follow directives from the district government, officials said.