Authorities in Hangzhou have put forward a series of measures to help local companies recover from economic losses wrought by the outbreak of the COVID-19 virus.

The government of Binjiang District, for instance, has introduced policies to cut rental costs and taxes, stabilize employment and provide financial support for struggling enterprises. To date, fiscal support has totaled 500 million yuan (US$71 million).

For February and March, enterprises that rent space from state-owned companies will be exempted from paying rent. For rentals of privately owned real estate, the government will subsidize 25 percent for the tenants.

To accelerate the production of medical equipment and personal protective gear, Binjiang government will offer up to 3 million yuan to every related company in expanding production capacity.

It has also provided 200 million yuan in lending funds to help companies get through this difficult period. Meanwhile, companies are exempted from three months of financing guarantee fees.

As for foreign trade companies, Binjiang will offer grants between 20,000 yuan and 1 million yuan based on their exports volume during February and March. In addition, their export credit insurance will be covered by the government during the first half of this year. 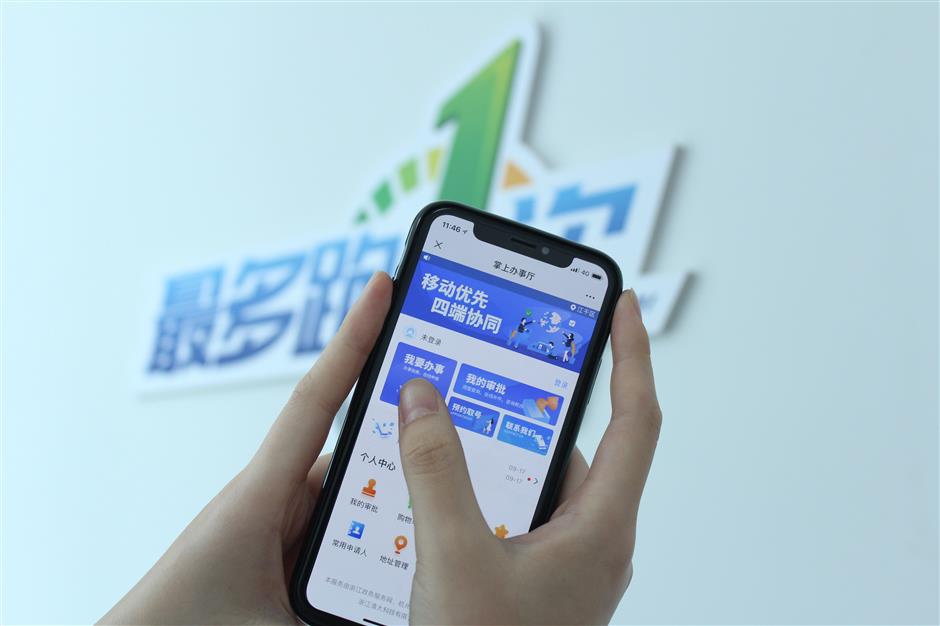 Since real estate management companies have played a vital role in epidemic control at local residential communities, they can get subsidies of 0.5 yuan per square meter for two months from Binjiang authorities.

The government of Jianggan District has also launched a series of polices, with fiscal support totaling 50 million yuan. To reduce direct interpersonal contact and lower infection risk, it has optimized its official working process to resolve companies’ problems via online platforms.

In Yuhang District, the government has subsidized 11 cultural and creative companies with 2.41 million yuan, supporting them in creating new works.

Additionally, the application processes of district governments’ other  original subsidies have been shortened to ease funding pressure on companies.

Inevitably, due to travel restrictions and confinement policies, the epidemic has affected many enterprises in material supply, personnel recruitment and transportation.

A large number of migrant workers failed to return to Hangzhou with the cancellation of long-distance public transportation, which has impacted the resumption of factory production.

To solve the problem, Hangzhou government chartered a high-speed train on February 16 from Guiyang, capital city of Guizhou Province, to Hangzhou East Railway Station with about 300 workers on board.

The train was not completely full as passengers sat separately to reduce cross-infection risks.

On their arrival, everyone went through a temperature screening and was given a facial mask. The city government covered half of the trip’s cost.

Another charter train from Anhui Province arrived in Hangzhou on February 18, with 543 passengers on board. Over the coming days, the city government is preparing to charter more trains to pick up workers from other provinces.

“My factory restarted production on February 15, but only 40 workers had come back. Now the bullet train has brought back workers from Guizhou Province. I believe soon all of my employees will resume work,” said Cao Shuilin, president of Dongteng Industry Co, a hardware manufacturer in Hangzhou.

Local government paid half of the accommodation fees. In Binjiang District, more than 700 hotel rooms have been occupied by far.

To curb the spread of novel coronavirus, Hangzhou government has suspended offline recruiting activities which may result in mass gatherings, and is improving online recruiting services.

Hangzhou Human Resources and Social Security Bureau has launched an online talent exchange fair, which will run through March 31. The service is available via the official website (www.hzrc.com). 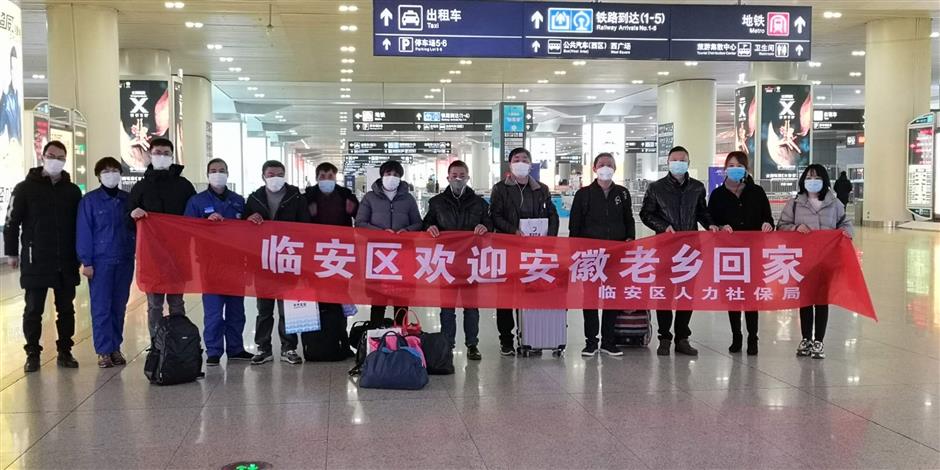 Workers from Anhui Province pose for a photo after arriving in Hangzhou by a charter train. 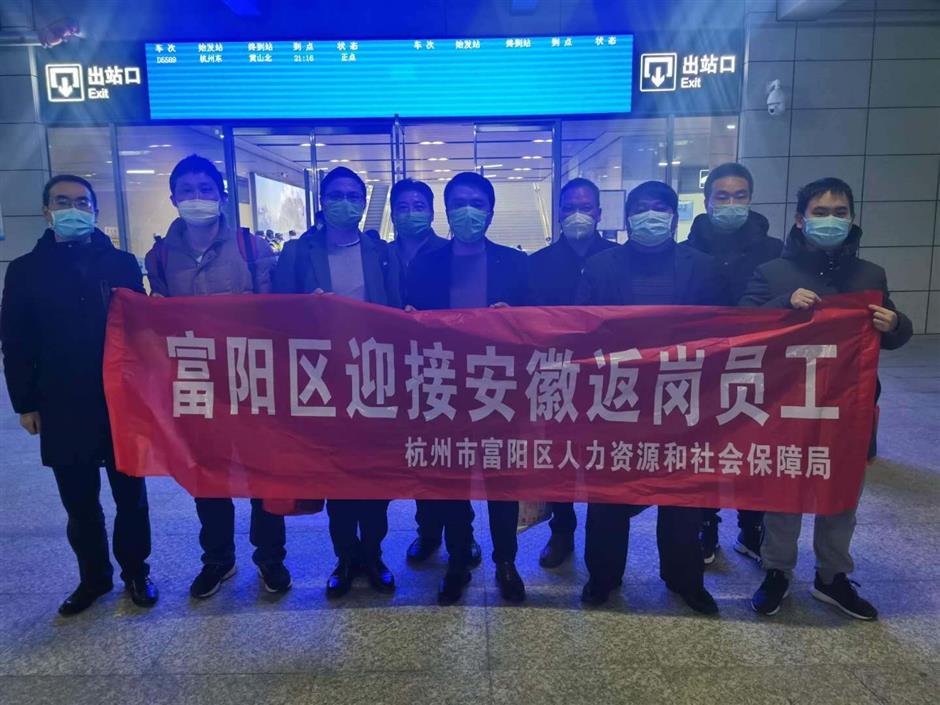