Hangzhou government launched its Qinqing Online platform on Monday to help local companies deal with the impact of the novel coronavirus outbreak.

The name Qinqing means close and clear, and the platform is designed to bring government departments and companies closer together with a channel linking them directly.

Through the platform, companies can apply for subsidies and financial aid to help them recover from economic losses brought about by the epidemic outbreak. Other services are also available. 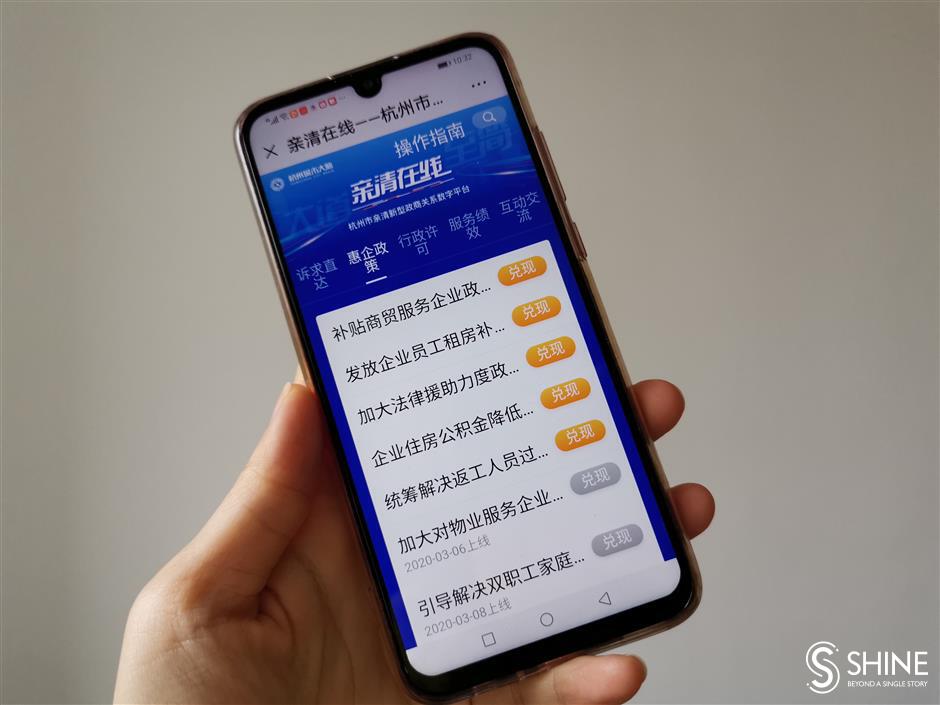 With the newly launched Qinqing Online, companies can apply for subsidies and financial aid easily through smartphone. The platform is considered a further reform of Hangzhou government’s one-visit service.

The platform’s first subsidy was toward rent paid by workers in small- and medium-sized trade and service companies that pay tax of up to 500,000 yuan (US$72,103) a year.

More subsidies and aid can be applied for from March 10, and other online services will be available by the end of this month.

Previously, companies had to submit a number of documents at service windows when applying for subsidies. Now, they are only required to log in to the platform and upload related documents, and the subsidy will be transferred to their accounts later.

“Government departments have switched their roles from administrator to server through the new platform,” said Dai Jianping, Hangzhou’s vice mayor. “We encourage enterprises to use this platform, and give us feedback to improve it.”

Qinqing Online is considered a further reform of Hangzhou’s one-visit service with the city poised to eliminate companies’ offline visits.

Generally, government officials visited companies to inquire about their difficulties and issues in development. Now, companies can make proposals and suggestions directly through the platform.

It is also a channel to publicize new government policies.

The whole platform is based on two systems. The first is a credit system. Companies must promise the authenticity of the statistics they put in, as the platform does away with manual reviews by official departments.

The other one is based on the “City Brain” system which was initiated by Hangzhou-based Alibaba Group in 2016.

Data had been pooled into the City Brain, which can be shared between government departments through an artificial intelligent platform, making daily work more efficient.

In the past, due to a failure to bridge information between different departments, people were required to get a permit from every department to get anything done. The AI platform makes things much easier than before.Hangzhou government says the digital industry, along with its high-end manufacturing industry, will be its “double engines” to drive the economy in the future.

“Hangzhou is at the forefront of the digital economy in China. The city must grasp the great opportunity to switch focus to the digital economy. That is an inevitable trend,” Alibaba Executive Chairman and CEO Zhang Yong said at the Qinqing Online launch.

The city government also launched an online platform which makes it possible to review a piece of land through 360 degrees and find out details online. Entrepreneurs can bid on the land and sign contracts through the platform.

New projects can immediately start construction once the contracts come into effect, since all procedures have been streamlined.

So far, 55 projects totaling 55.91 billion yuan have signed contracts with the government through the platform.

“The epidemic should not impact us attracting projects and investment,” said Zhou Jiangyong, Party secretary of Hangzhou government.

“The city has made innovative and successful attempts in the fight against the novel coronavirus based on its explorations into advanced technologies. We should expand our edges of the digital economy and fill in the gaps in other fields, accumulating more experience in city administration.” 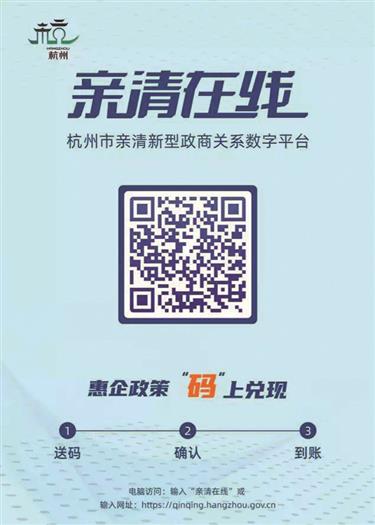 Companies can scan the QR code of Qinqing Online to learn more info.