Many people who have lost their jobs or are fearful of losing employment because of the coronavirus outbreak have resorted to the “gig economy” to keep themselves afloat and even prepare themselves for new careers once the epidemic is over.

The gig economy is loosely defined as the free market system where businesses contract with independent workers to fill short-term, temporary positions.

Gu Zhiyuan, 23, became a deliveryman at startup Dada Now after losing his job as chef when the outbreak started to spike in January. Dada delivers groceries that include coffee, milk, vegetables, instant noodles and sometimes flowers and cakes.

“It gives me flexible working hours and, more importantly, a steady income,” said Gu, who is seriously considering joining Dada Now full time when the epidemic is over.

Dada, Red (Xiaohongshu), Hellobike, Didi Chuxing, Aikucun and other companies in the gig economy have been willing to offer temporary jobs and services during the epidemic. The booming technologies of e-commerce, big data analysis and cloud-based live streaming and video conferencing are also hiring people looking for “second jobs” as freelancers or just side hustlers.

The COVID-19 outbreak cast a cloud of uncertainty over the economy, with stock markets diving, public sites and even roads closed, and businesses postponing hiring.

Among the hardest-hit sectors have been tourism, accommodation and catering, wholesale and retail, transportation, logistics and warehousing, entertainment and convention and exhibition trade. 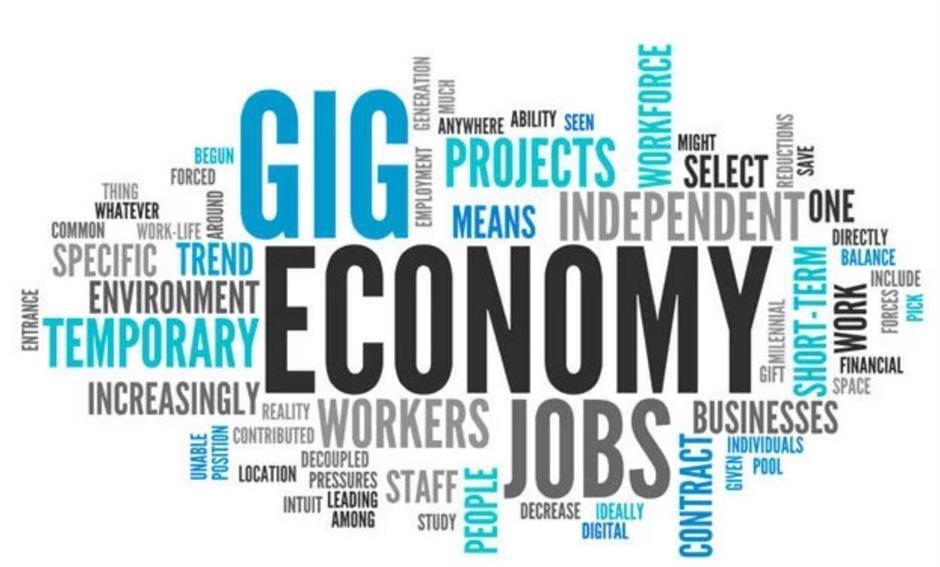 In a gig economy, temporary, flexible jobs are commonplace and companies tend toward hiring independent contractors and freelancers instead of full-time employees.

Almost 70 percent of Chinese Internet firms have suspended hiring during the epidemic, according to a survey by online recruit agency Lagou. It found that two-thirds of job seekers worry about finding work.

Li Jun, an ad designer with clients that included Huawei, become a driver for the car-hailing platform Didi Chuxing.

With his Roewe ei6 sedan, Li has been earning 500 yuan to 600 yuan (US$71-86) a day since February. By communicating with other drivers and friends in a WeChat group, Li has found ways to improve his efficiency. He now mainly picks up orders in the afternoon peak hours, which can earn him up to 320 yuan in a short period.

“The job brings me both fun and income,” said Li.

Besides driving, Li also plans to do some outsourcing of photography and design work for overseas websites.

Another designer, Zhan Di, drew on her fashion savvy and began recommending and selling clothes through social media. Aikucun, a startup e-commerce website, helps people like Zhan to start their own online business by connecting them with brand owners and offering “high-quality goods in favorable price.”

Zhan earned about 13,000 yuan in just two and a half months. She buys and tests clothing before recommending apparel to clients, gaining herself a high reputation as a reliable source.

“It supports me both mentally and financially,” Zhan said.

With 1.5 million part-time sales representatives like Zhan, Aikucun has expanded into grocery sales. Its online store offers more than 1,000 products in 200 categories. The website reported a recent 30 percent jump in daily orders.

Aikucun has established partnerships with vegetable suppliers in the city’s suburban Chongming District to provide fresh spinach, garlic and sweet potatoes to Shanghai families, according to Leng Jing, co-founder of the company.

Hellobike, a bicycle-sharing app, has offered temporary jobs, including disinfection of bikes, as use of shared bikes rose during the epidemic.

By the end of February, it had received 5,000 job applications and conducted about 800 interviews. Many candidates coming from places like Sichuan and Henan provinces, where many migrant workers couldn’t easily return to work in Shanghai. 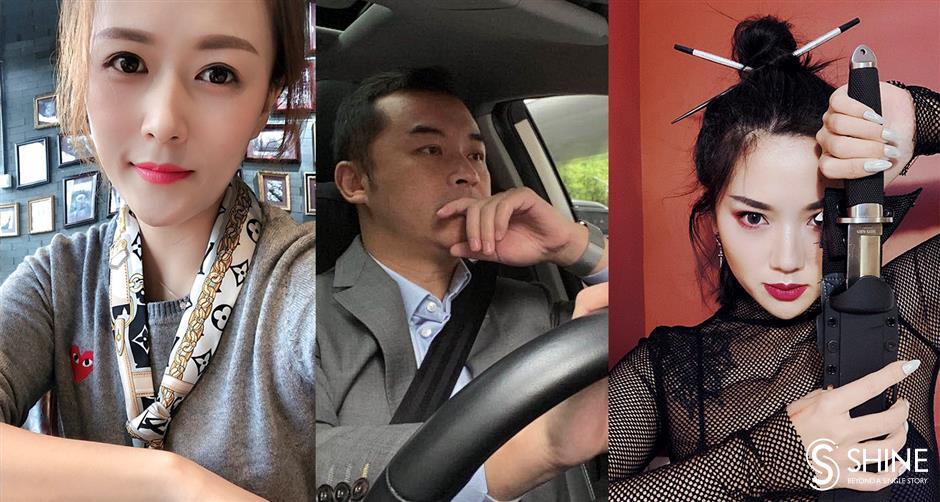 Zhan Di (left) has a gig job as online sales representative of a startup e-commerce website; Li Jun (middle) has a gig job as a driver for a car-hailing platform and Aya Yuan has become an Internet celebrity on a social media platform.

Meanwhile, many job seekers are using the time confined at home to hone the next stage in their careers.

Former cosmetics industry marketing officer Aya Yuan spends one or two hours a day on Red, a Chinese social media that combines the functions of Instagram and Pinterest.

Describing herself as “single mother, yogi and free diver,” Yuan shares her photographic works, selfie tips, traveling footprints, and diving and yoga experience on the platform.

With her marketing background and editing skills, Yuan accumulated 51,000 fans, with each post generating hundreds of comments. That qualified her to send posts with paid recommendations or other advertising content on the platform.

Yuan said she has no big interest in cashing on her popularity. Rather, she is focusing on her next career step.

Before talking with Shanghai Daily, she spent two hours watching a livestreaming broadcast on how to use social media to build personal influence. She is aiming to get a job in marketing and public relations in Shanghai.

“Everything I learned will be useful toward that goal,” she said.

Wendy Gao, a veteran public relations officer in technology and finance industries, is also looking for a new career path. During the epidemic, she applied for some dozen positions and got three interviews, including one conducted online.

About 90 percent firms have adopted virtual interviews in China, and 7 percent of them will make final decisions fully dependent on interviews that aren’t person to person, according to the Lagou survey.

“Some of them are aiming for initial public offerings and may need talent like me with related experience,” she said. 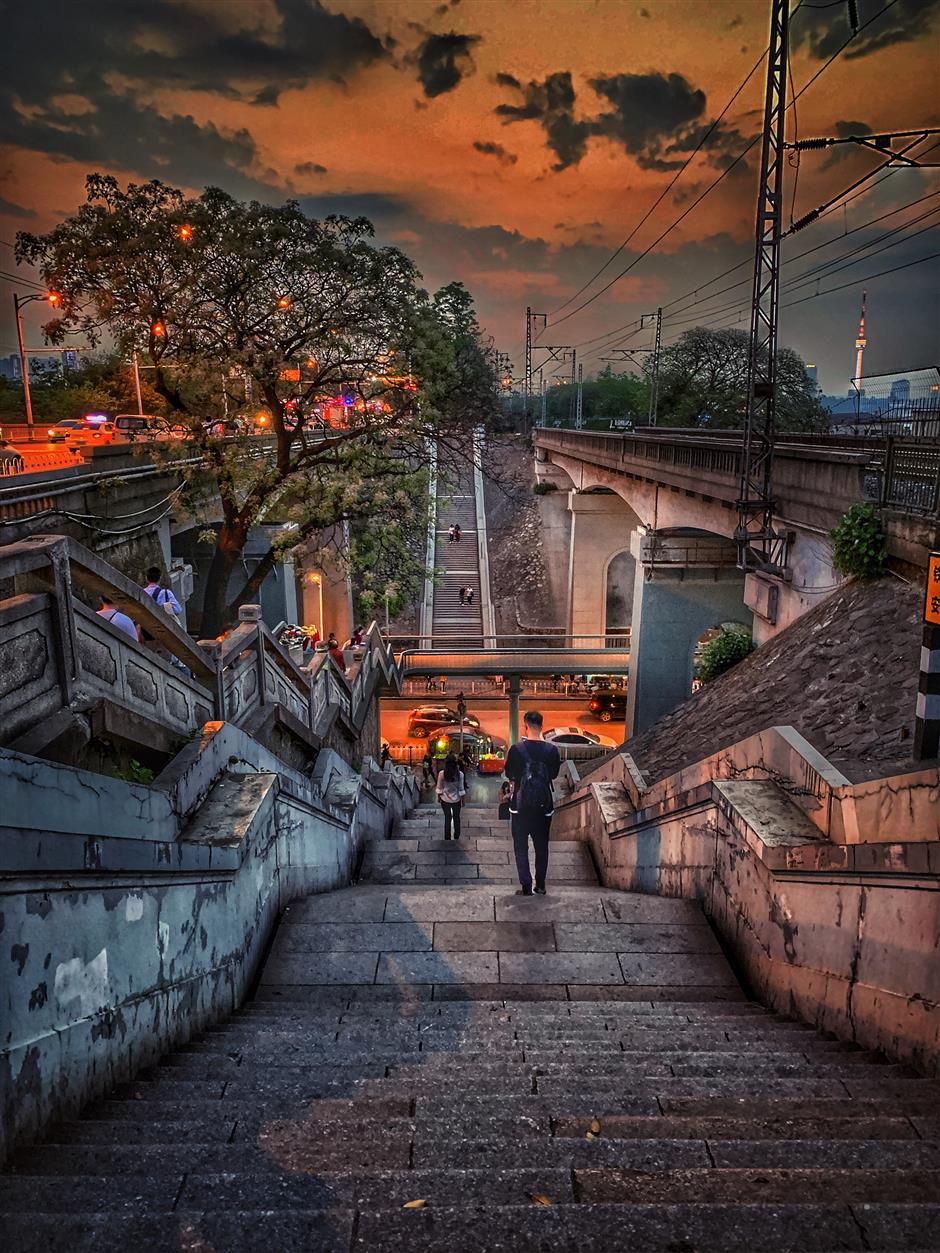 A photo of Wuhan City taken and posted on the social media platform by Aya Yuan. She is aiming to get a job in marketing and public relations in Shanghai later.

If you have any job opportunities for them, please contact Shanghai Daily or the journalist through zhushenshen@shine.cn