Lingang unveils its own market watchdog with full functions 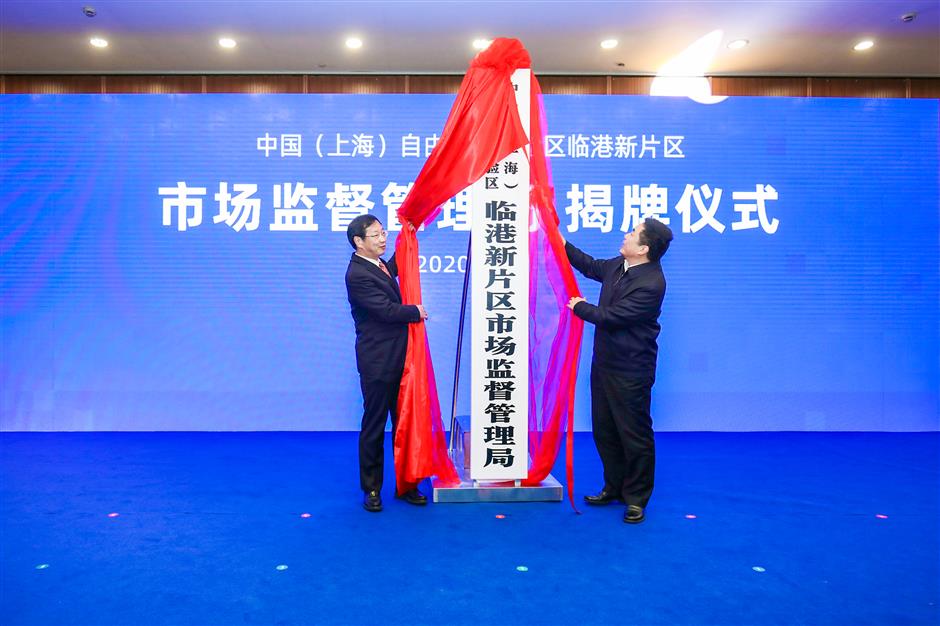 Lingang now has its own business watchdog, since an administration for market regulation in the special area of the Shanghai free trade zone was established on Thursday.

The new agency is under the supervision of Lingang Special Area Administrative Committee.

Previously, the market regulatory administrations of the Pudong New Area and Fengxian District took charge of business registration and the issuance of business licenses in different areas of Lingang.

The new administration will take over such powers. Responsibilities for administrative licensing, supervision and law enforcement within the scope of Yangshan Special Comprehensive Bonded Zone will be transferred to the administration at the same time.

Yan Yijun, director of the newly established administration, told Shanghai Daily that working closely with his colleagues in Pudong and Fengxian is a major task in the next stage.

“We will create simplified business access and fair competition to give full play to Lingang’s role in reform and innovation, demonstration and guidance, and overcoming difficulties,” he said.

During the launch ceremony on Thursday, a number of Lingang-based enterprises were issued business licenses and permits by the administration.

Lingang is making every effort to optimize its business environment. In the coming three years, all investment projects launched in the special area will have the government approval process streamlined. Services will also be improved.

For instance, government verification will replace government approval in business registration; while a cancellation system will be established at the same time.

Meanwhile, Lingang will also implement the third version of Shanghai’s plan to create a world-leading environment for business.

The new plan emphasizes the promotion of a one-stop online platform for government services, improving the city’s performance in the World Bank’s Doing Business assessment, and providing a package of policies and measures to strengthen, protect and stimulate the vitality of market entities.