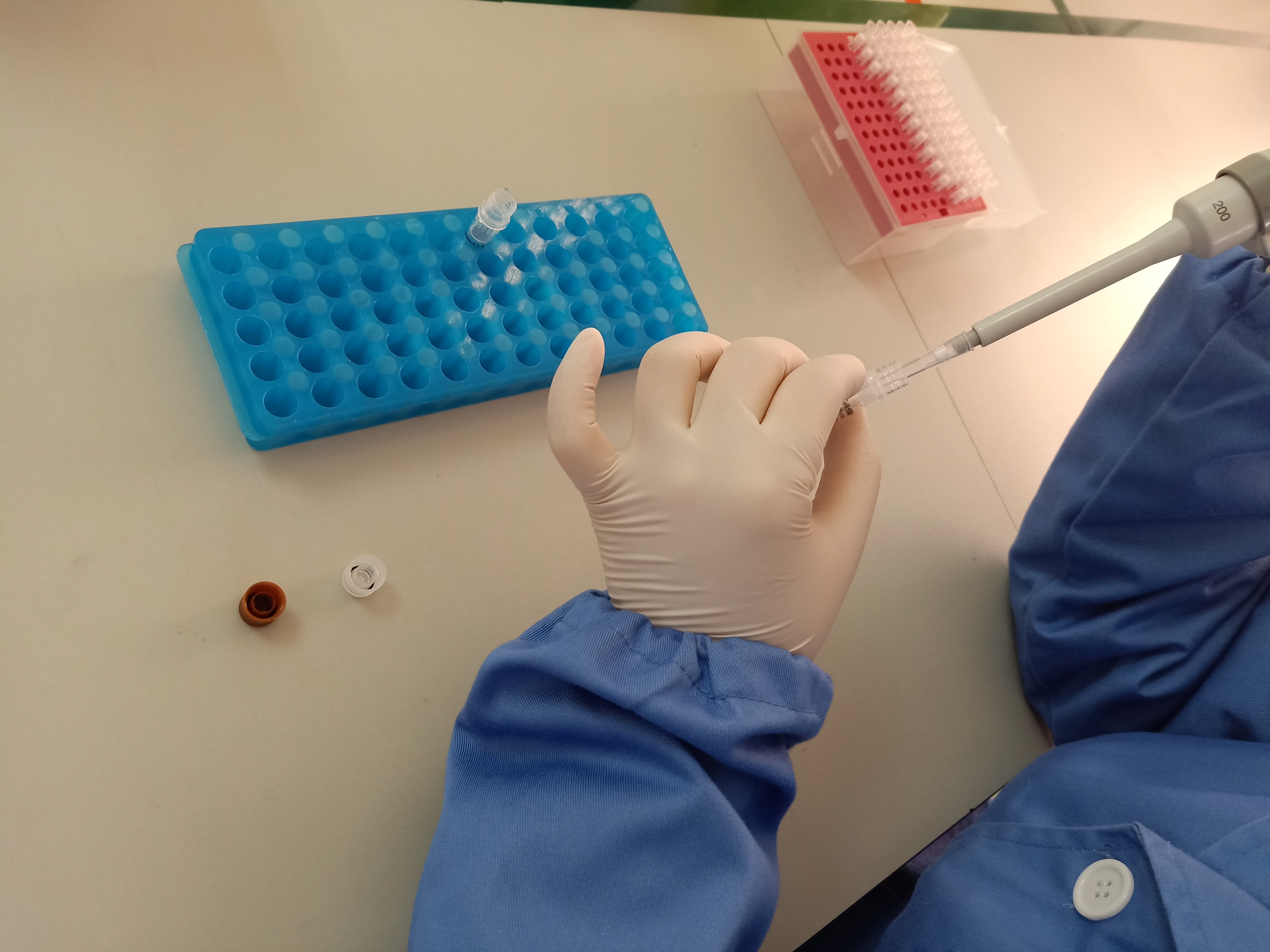 KingMed diagnostics’ Shanghai lab is keeping its facilities running around the clock since it was designated an eligible third-party diagnosis provider of nucleic acid coronavirus testing for inbound passengers to the city.

Shanghai has ordered all people arriving in the city from abroad to undergo nucleic acid testing for the virus.

Previously, only those coming from 24 heavily hit countries were required to take the test. All arrivals have already been ordered to undergo quarantine for 14 days.

The tighter restrictions were imposed because of rising instances of imported cases from overseas, just as domestic cases have dropped dramatically.

“in mid March we received a request from the Health Commission of the Pudong new Area to be in charge of sample collecting and testing,” Wang said. “now, we are able to deliver test results within five hours.”

Guangzhou-based KingMed diagnostics group is regarded as a pioneer and leader in the independent clinical laboratory industry in China. it was founded in 2003 and now operates 37 laboratories on the Chinese mainland and in Hong Kong.

At present, 24 staff are engaged in sample collection, 10 are involved in data collection and eight are serving as delivery personnel.

At the lab facility in Pudong, groups of eight lab technicians work to carry out the tests and deliver the findings. normally, it takes about five hours to get the results back to initial screening checkpoints.

The laboratory is operating with three shifts. employees are required to wear hazmat suits and helmets for each eight-hour shift, according to bio safety Level 3 requirements.

Samples are delivered to the lab at a designated entrance only to avoid contact with other staff in the building.

Groups of two staff collect samples and use decontaminated vehicles to carry them back to the lab. One of the team carries the sample box into the lab and another one does disinfecting work.

“Although we have to pay for extra operational cost such as delivery and facility expenses, we are happy to contribute to easing the burden of testing arrivals to try to curtail infections from overseas,” Wang said.

Chen Li, Shanghai head of molecular pathology at KingMed Diagnostics, said it’s the first time the lab has been involved with testing for a contagious virus.

“Our normal working hours are 9am to 5pm, but now some of the technicians are working from midnight to 7am,” she told Shanghai daily. “Time is of the essence in nucleic acid testing.” Procedures are carefully monitored so there are no delays or missteps. If a test result comes back positive, it is double-checked.

“To make the delivery and testing procedures go smoothly, every staff member notifies colleagues to make preparations for the next step,” Chen said. “That cuts waiting time.”

KingMed Diagnostics Group trades on the Shanghai Stock exchange. its share price has risen from 33.65 yuan (US$4.7) in April 2019 to 57.44 yuan last Friday. The company reported net profit between 295 million yuan and 315 million yuan in 2019, according to a preliminary earnings release.

Provincial level health commissions have turned to third-party clinical labs to enhance nucleic acid testing capability as a complement to diagnosis in hospitals. That has reduced backlogs. In Wuhan, the Chinese epicenter of the pandemic, 13 institutions have been designated as eligible testing service providers since early February.

Nucleic-acid extraction procedures need to be carried out in negative pressure cabinets to prevent dangerous microorganisms from spreading outside.

Aside from KingMed diagnostics, other facilities are also contribution to testing capability.

The company is also in partnership with existing labs to build or upgrade facilities in 12 cities like Shenzhen, Beijing, Shanghai and Tianjin.

Now that manufacturing lines are returning to normal production levels, local firms are also ramping up the production of testing kits.

Guangzhou Wondfo Biotech and Lepu Medical Technology Co are among the companies that have received European Union certification to export testing kits to Europe and other overseas markets.