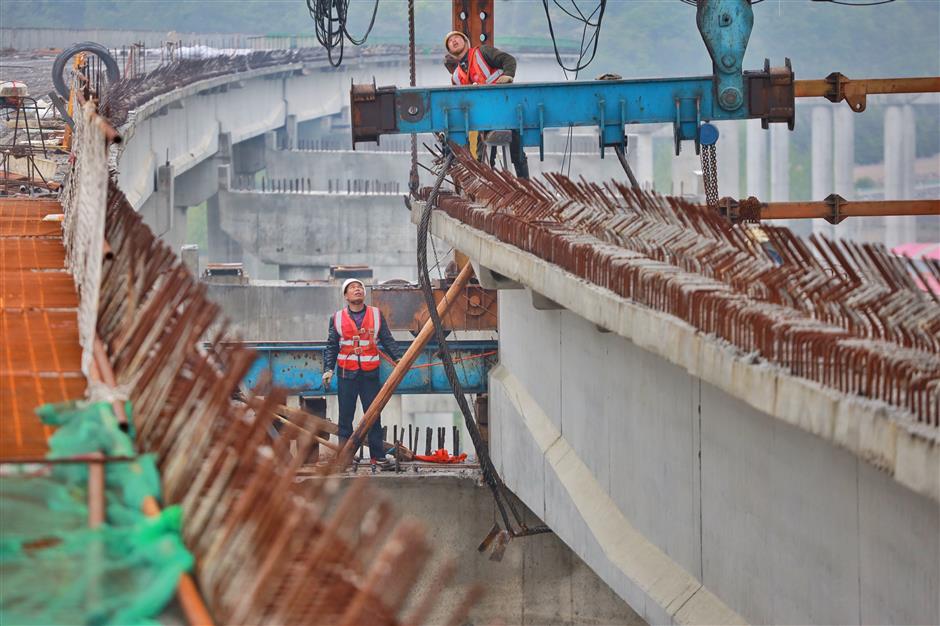 Workers at the construction site of an expressway in Anshun, Guizhou Province, on April 8, 2020.

Growth in Asia is expected to stall at zero percent in 2020 due to the COVID-19 pandemic, the lowest growth since the 1960s, the International Monetary Fund said on Wednesday.

"This is a crisis like no other. It is worse than the Global Financial Crisis, and Asia is not immune," Chang Yong Rhee, director of the IMF's Asia and Pacific Department, said at a virtual press conference Wednesday night.

"That said, Asia still looks to fare better than other regions in terms of activity," he noted. According to the IMF's new World Economic Outlook report released on Tuesday, the global economy is on track to contract "sharply" by 3 percent in 2020.

Despite overall negative growth, the IMF projects 1-percent growth for emerging and developing Asia. China and India will both see moderate growth this year, with a rate of 1.2 percent and 1.9 percent respectively.

"Prospects for 2021, while highly uncertain, are for strong growth," Rhee told reporters. "If containment measures work, and with substantial policy stimulus to reduce 'scarring,' growth in Asia is expected to rebound strongly — more so than during the Global Financial Crisis."

Rhee noted the region is experiencing different stages of the pandemic. "China's economy is beginning to get back to work, other economies are imposing tighter lockdowns, and some are experiencing a second wave of virus infections," Rhee said.

"Much depends on the spread of the virus and on how policies respond," he said, while stressing that "there is no room for complacency."

The IMF official noted that the multilateral lender is in continuous contact with the authorities in the region to offer advice and assistance, saying that more than 15 countries from across the region have expressed interest in its two emergency financing instruments.

At the virtual press conference, Rhee also conveyed IMF's thanks to Japan and China for their "generous contribution" to the Catastrophe Containment and Relief Trust (CCRT), which can currently provide about US$500 million in grant-based debt service relief to the poorest countries.