Shanghai announced a two-month shopping festival and a wide range of promotional activities as the city strives to reboot the economy with a vast stimulus package offered by dozens of retailers, digital platforms and entertainment sites.

It will feature a monthlong product launch season to introduce 80 products from 60 brands that will include Louis Vuitton, Coach, Adidas and Dyson.

The city will also encourage the nighttime economy by calling on museums, eateries and bookstores to extend their opening hours.

"The Double Five shopping festival aims to compensate for consumption losses in the previous months and unleash further shopping demand, and it could also boost the city's influence as a top shopping destination," Hua Yuan, director of the Shanghai Commission of Commerce, said at a press briefing on Thursday.

Around 130 promotional activities will be held across the city in May and June.

"We will encourage retailers and merchants to adopt innovative models and formats which have seen a strong rebound amid the pandemic, and allow these new measures to become new consumption habits in the long run," Hua said.

In the January-March period, online shopping in the city posted a total trade volume of 134.3 billion yuan (US$19 billion), adding 19.1 percent from a year earlier.

"We see this as a good opportunity to promote and strengthen new shopping formats in the city and this could be a benchmark event for innovative technology retailing," said Chris Tung, Alibaba Group’s chief marketing officer.

Alibaba's discounts for Shanghai residents will reach 2 billion yuan and major discounts will be available for specialty food from Hubei Province, the region hardest hit during the pandemic.

Online and offline promotions will be offered at the e-commerce giant's fresh food and grocery store as well as on-demand delivery site.

Xinhua bookstores were among the latest merchants to offer a delivery service through Ele.me on Thursday.

Shanghai has been a flagship city for consumption in China. In 2019, its total retail sales of consumer goods reached 1.35 trillion yuan, ranking top across the country.

Shanghai-headquartered Pinduoduo is to offer 1.5 billion yuan in discounts for shoppers covering 10,000 Shanghai brands and merchants, and special coupons totaling 1 billion yuan will be dedicated to Shanghai specialty goods and Shanghai brands for nationwide shoppers to help boost their online presence. 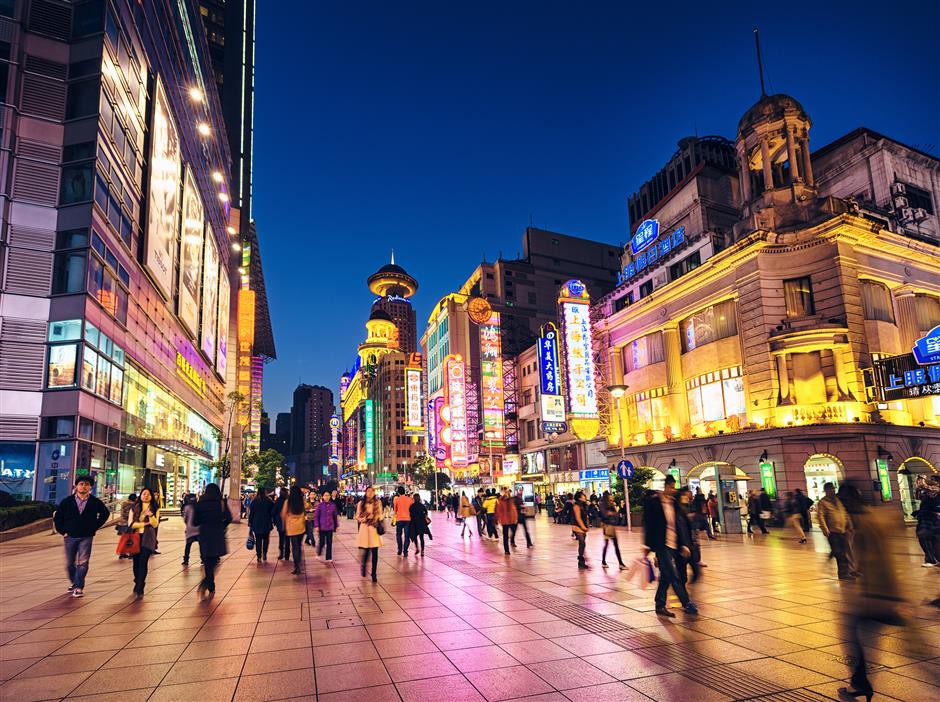 Metro AG will feature about 500 types of product from more than 30 countries and regions, some of which were introduced at last year’s China International Import Expo.

Shanghai's Bright Food Group will leverage more than 3,000 physical shops such as NGS Supermarket, First Food Store and convenience stores in the city and its online delivery app to distribute digital coupons.

A survey by Shanghai United Media Group's news outlet Paper.cn and Shanghai University of Finance and Economics showed that 75 percent of respondents expect their incomes to return to normal levels in the second half of the year and that the uncertainty brought about by the coronavirus crisis will push them to save more.

Individual business owners, young and low-income groups are those who suffered the most.

Dining, entertainment and travel expenses have been curtailed, according to the online study of 1,705 consumers in late March and early April.

The survey suggest stimulus policies should focus on increasing disposable income especially for low income groups in the short term and soften the market downturn and stabilize economic recovery in the long term.