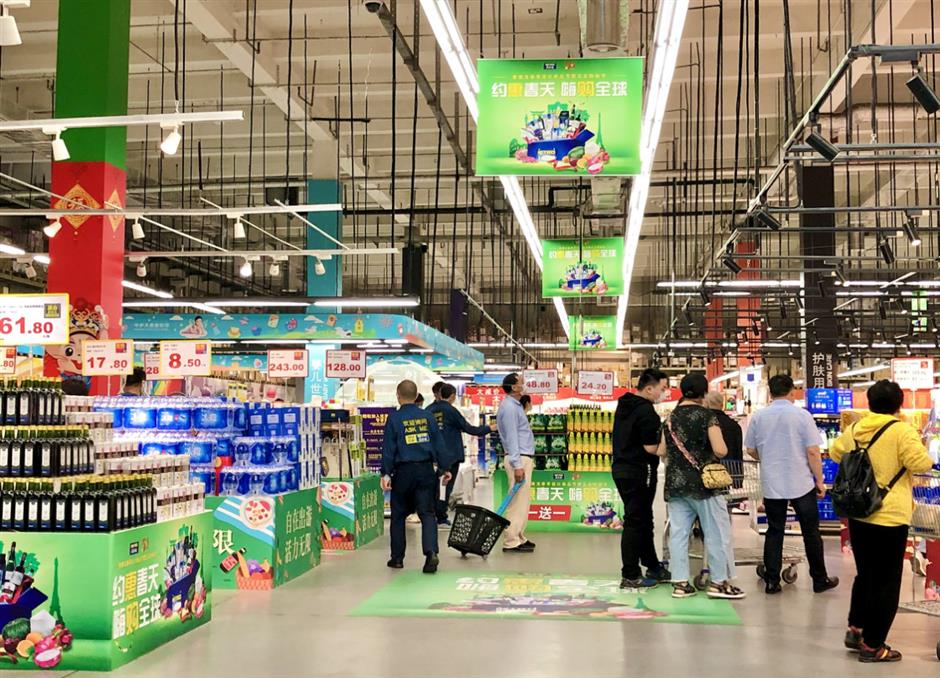 Imported goods fairs and various promotional campaigns are being staged by the city's home and foreign retailers, while online discounts were sought after by shoppers as consumption sentiment built up during the Labor Day holiday.

The Shanghai Commerce Commission said that combined retail sales in the city reached 10 billion yuan (US$1.41 billion) as of 2:12pm on Tuesday since the official kickoff of the Double Five shopping season on Monday evening.

In just the first four hours after launching the event, sales soared to 2.3 billion yuan.

Wumei Group President and Chairman of Metro Hong Kong Holdings Xu Ying said it will support the digitalization efforts of Metro to cater to local trends after Wumei Group completed an 80-percent takeover of Metro China's stake with 1 billion euros (US$1.1 billion) in late April.

More than 3,500 types of Metro's home items also participate in the city’s shopping season until the end of June.

Top retailers like Walmart, Muji, H&M, Starbucks and Lyfen were also using WeChat payment's mini program to give away coupons worth a total of 2 billion yuan. 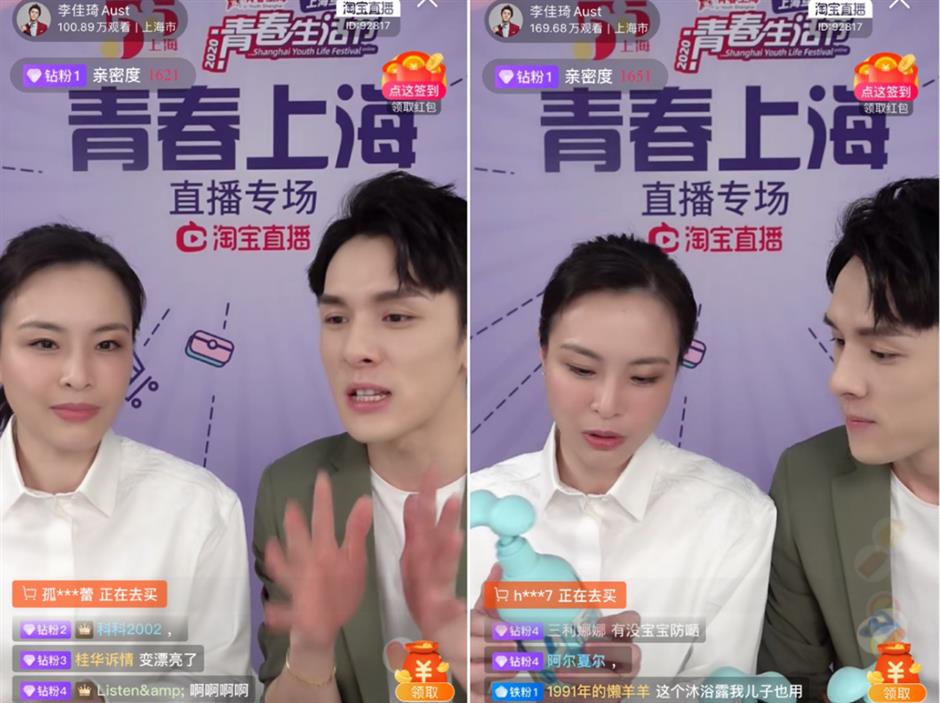 Mutlinational giants like Nike, adidas, Lancome and local brands such as Dr Yu, HotWind and Shuixing Home Textile were among top-selling brands on Alibaba's Tmall.

At Alibaba’s Freshippo stores in the city, sales in the first three days of the Labor Day holiday were 40 percent higher than daily average sales in April.

Sales of Koubei's online coupons for dining and entertainment from May 1 to May 4 more than doubled from a month ago.

Jessie Chen, who is looking for home decoration items, said she prefers online stores to avoid large crowds. “It's more efficient to book decoration and kitchenware online instead of visiting offline stores," she said.

Suning Carrefour Chief Operation Officer Zhang Qizhe said Carrefour Shanghai stores' sales have returned to normal levels from a year ago since April and delivery business is also picking up steadily, and it will deepen penetration into community neighbourhoods.

It will bring more catering options into the city and will continue to develop and promote its home brands to meet new consumption trends.

In Shanghai it now serves around 6 million households, doubling from the user base before the coronavirus epidemic outbreak. “By growing our user base, we can better connect with suppliers and food vendors to ensure high-quality fresh food,” said Founder and Chief Executive Officer Liang Changlin.

Pinduoduo users have received some 2 billion yuan worth of coupons and used 500 million yuan of them as of Monday afternoon.

More than 1,000 outlets in the city's major department stores have offered livestreaming on Pinduoduo to promote local merchandise to nationwide shoppers. 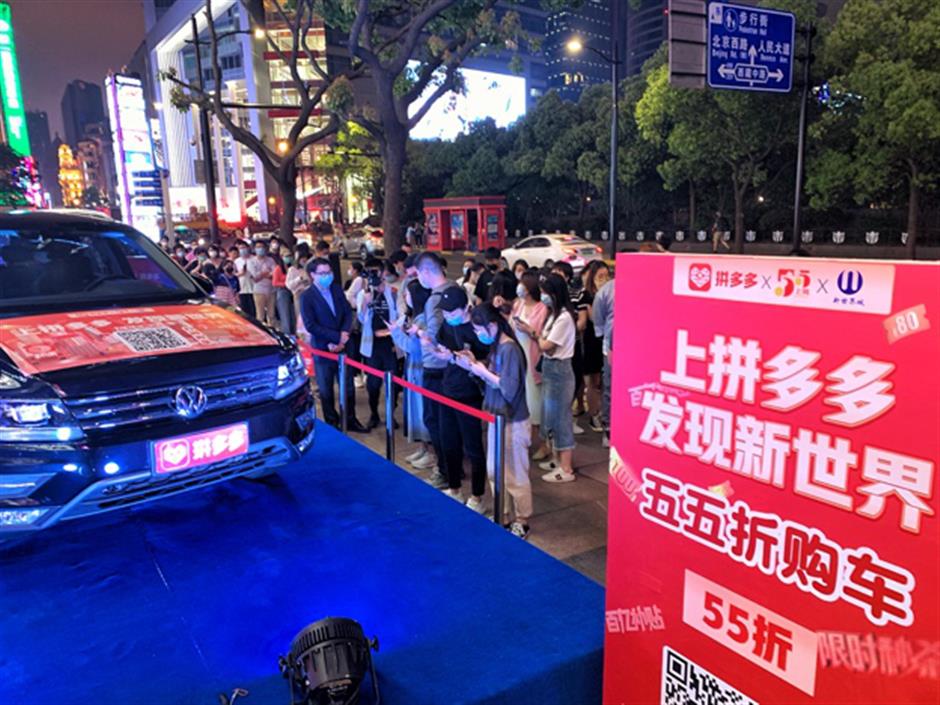