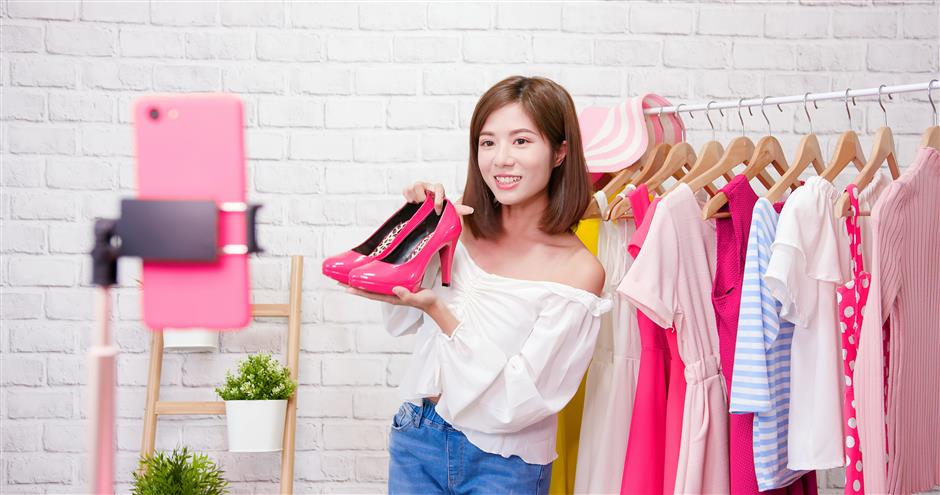 A wanghong promotes clothes and shoes via livestream during the outbreak of novel coronavirus.

While other industries slowed down during the novel coronavirus outbreak, the livestreaming business was on the rise as people choose to buy products online rather than at physical outlets.

Many brands turned to Internet celebrities, or wanghong, to boost sales via livestreams.

Hangzhou, the hub of China’s e-commerce industry with hundreds of wanghong and their millions of followers, is where the livestreaming business is flourishing.

Local government departments have launched projects to boost development of the emerging industry.

In Jianggan District, the “Good Life, Livestream Season” project began on April 22 with the aim of building a bridge between companies and wanghong.

The district is offering a series of policies including rental subsidies, household registration and rewards, in the hope of attracting more professionals to the industry.

So far, the district has a cluster of some 2,500 wanghong, six livestreaming e-commerce parks and 14 multi-channel network organizations that work with video platforms to offer assistance in product sales, cross-promotion and audience development.

“When the epidemic broke out in January, we immediately built a livestreaming supply chain for markets, companies and merchants. The livestreaming business gives impetus to a new retail chain and helps revive the traditional garment industry,” said Zhu Huiliang, president of Dongfang E-commerce Park and Evergreen Garment Group. 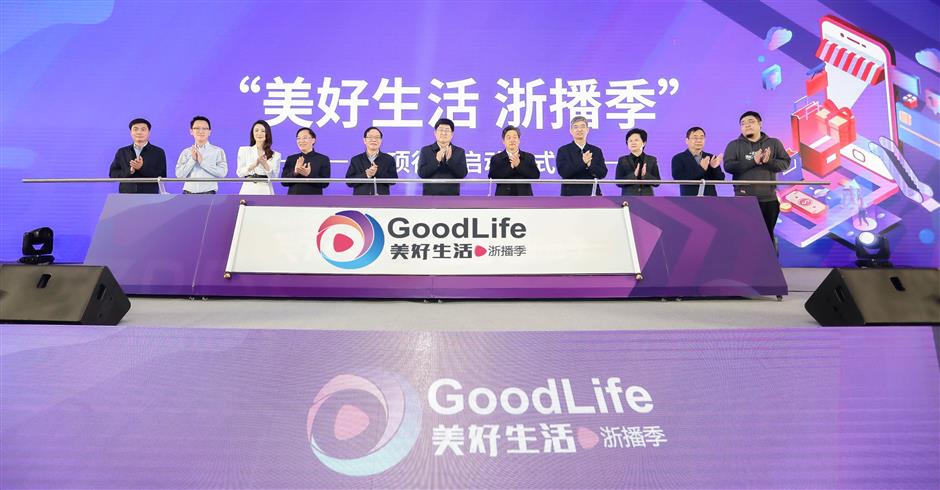 In Jianggan District, the “Good Life, Livestream Season” project is launched on April 22 with the aim of building a bridge between companies and wanghong (Internet celebrity).

Jianggan is home to Evergreen Garment Wholesale Market, one of China’s largest wholesale venues with up to 15,000 shops selling everything from buttons to fine linen and cashmere garments.

In Xiacheng District, the government initiated a Cloud Shopping Festival bonding offline shopping malls and livestreaming platforms. Since it began on March 28, online and offline sales have totaled 1.61 billion yuan.

Traditional industries are cashing in on the trend at the Wanshouting Wet Market where vendors have started selling online. Customers can buy food during livestreams and have it delivered to their homes.

Xihu District is home to noted Longjing tea and Jiuqu Hongmei black tea. To protect the industry and time-honored brands, local government cooperated with Hangzhou Women’s Federation, inviting women farmers to display the quality of tea leaves and showcase their brewing skills via livestreams. Officials also act as vendors to sell the tea.

Livestreaming is also being used to promote cultural heritage to the public. Zhejiang Intangible Cultural Heritage Center invited craftspeople to display their skills via online platforms.

Wang Wenying, 76, used her old-fashioned sewing machine to turn out elaborate, multicolored, double-faced embroidery during a livestream on April 20.

She is believed to be the only person in China dedicated to this kind of embroidery where the pattern can be the same, or different, on the reverse side.

Wang has 50 years of experience in producing her colorful, double-sided embroidery. In 1996, she was named a Chinese National Craft Master.

“This kind of embroidery takes decades of experience as well as good skills. No one can achieve this in a short time,” Wang told an online audience of thousands.

With fewer people involved in the craft, she hopes the livestream will attract young people to carry on the tradition