What kinds of economic recovery are possible after COVID-19? 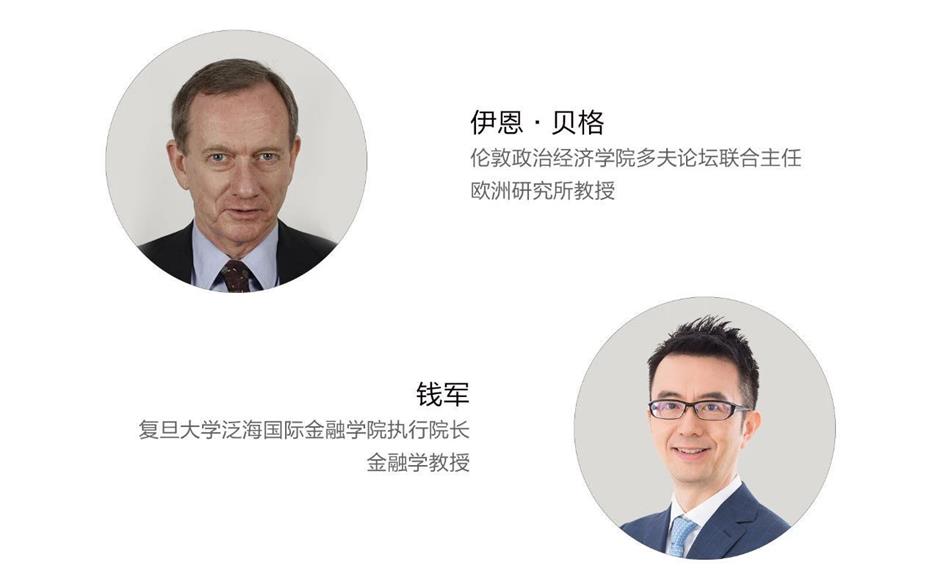 Iain Begg (left) is a professor at the LSE’s European Institute and co-director of the Dahrendorf Forum, and Qian Jun is a professor of finance and executive dean at Fanhai International School of Finance, Fudan University.

U, W or L? No, these are not answers to a word puzzle or some obscure form of cryptography, but letters to describe how the current global economic downturn, expected to be far worse than that during the financial crisis of the late 2000s, might evolve. Each letter represents how the trajectory of GDP would appear on a graph.

With the world economy already experiencing a sharp fall in GDP and rapid rises in unemployment, forecasters have been struggling to work out how big the impact will be and how long it will last. Projections reported by IMF Chief Economist Gita Gopinath suggest the world economy will shrink by 3 percent in 2020, instead of the 3.3 percent growth forecast just three months ago. Assuming an early peak in the incidence of the virus (and that the countervailing policies are successful), it will recover strongly in 2021 to achieve growth of 5.8 percent.

The downturn is exceptional because it is a deliberate policy action. By putting substantial parts of the economy into hibernation, the aim is to reduce economic and social interactions so as to curb the spread of COVID-19. In each of the symbols this is captured in the downward swing. Governments are, however, under considerable pressure to return to whatever passes for normality as quickly as possible.

“V” is the most optimistic scenario. Its downward phase will quickly be followed by a rebound: a sort of trampoline effect. A “U” shape would imply a more prolonged period of stagnation after the initial fall, but an eventual return to trend growth.

“W” and “L” are more worrying. The former implies a short-lived recovery would be followed by a further downturn, as might happen if a second wave of infections occurred. During the euro sovereign debt crisis, many countries were afflicted by such double-dip (even treble) recessions.

“L” is the most alarming; it could arise if the aftermath of the lockdowns wipes out economic capacity permanently, instead of just suspending it. This effect could be exacerbated by the “scarring” of workers and investors. Economies would, at a stroke, have seen a step-change downward, with trend growth resuming from a lower base.

China, as the first country to enter lockdown, can provide some insights into what to expect elsewhere. It is, arguably, already past the trough and the experience of SARS in 2003 gives grounds for optimism and a “V” recovery. However, COVID-19 rapidly became a global phenomenon, rather than one largely confined to East Asia, and the negative feedback from different parts of the global economy could prove debilitating for China.

As we write this piece, the first-quarter GDP and a host of other economic indicators have been released. We have certainly witnessed the first stage of the “V” (or any of the other symbols): For the first time in more than 40 years, the Chinese economy contracted in a quarter, by 6.8 percent from the same period a year ago.

Hubei Province experienced a contraction of almost 40 percent. Going beyond the headline figures, exports dropped much more than imports. Investment in fixed assets and consumption (as measured by total retail sales of consumer goods), both important engines for growth, fell sharply (by more than 15 percent) in the first two months.

On the positive side, the Chinese economy started to recover in March. In particular, all indicators, including those based on satellite images showing the movements of people, cars, ships, as well as parking lots of factories, show that manufacturing sectors, including steel and automobiles, are recovering faster than services sectors.

These patterns are unsurprising, given that so many service activities require large groups of people to come together in the acts of production and consumption. In addition, small and medium-sized enterprises (SMEs) were hit particularly hard, and have been recovering more slowly than large firms in all industries. Collectively, they contribute 60 percent of China’s GDP and 80 percent of urban employment, and clearly need continued assistance from the government, financial institutions, business partners and communities in order to survive and recover.

Outlook for other countries

Even if China continues to show favorable trends, a more daunting question is whether other major countries can emulate its recovery. During the Great Depression of the 1930s, the damage to economies and societies was so acute and lengthy in part because governments adopted the wrong policies domestically and abroad: Domestically, instead of stimulus there were austerity measures; and globally, trade barriers were erected rather than broken down.

The good news today is that governments in major economies rapidly launched extensive monetary and fiscal measures to support firms and households. In addition to these internal measures, which might lead to problems and risks down the road, a powerful stimulus that does not have any (economic) side effects would be to eliminate the tariffs imposed on imported goods and services; even a temporary pause in restrictive trade policies would help firms, especially SMEs, and consumers immediately.

Nevertheless, reasons for concern include:

First, the much higher share of personal services in most OECD countries. Manufacturing accounts for nearly 30 percent of the economy in China and South Korea, 20 percent in Germany, 15 percent in Italy, 11 percent in Spain and the US, and under 10 percent in France and the UK. As noted in relation to China, companies in this sector can resume more easily than in services.

Most, often small, businesses offering personal services have been forced to suspend trading because of lockdowns and many will not survive.

Second, the importance of tourism. Major destinations, at both national and regional level, can expect a big drop in income.

Third, the scale of public debts at the start of the crisis (Italy is among the most worrying) that will affect the risks of subsequent financial instability.

Fourth, the extent of the lockdown and whether it was less intense in some regions or affected the entire country.

Fifth, changes in behavior following the lockdowns. Will demand for aviation, office working, and certain leisure activities return to “pre-corona” levels? If not, will other activities expand to maintain aggregate demand?

With very small proportions of the population having been affected by the virus, fresh outbreaks, possibly requiring further quarantining, could occur.

Another factor will be the speed of recovery of global production and supply chains. Since firms, industries and economies are more interconnected, a breakdown in any key component or link will lead to some degree of breakdown of the entire chain. While some countries may have a strong incentive to repatriate “critical” industries after the crisis, such efforts are costly and take time to implement and overall economic efficiency may be compromised.

More importantly, during the recovery process the quicker the global chains can be restored — more likely if there is broad cooperation among firms and industries — the faster economies can be back on track for growth.

Much will, in addition, depend on how successful policymakers are in delivering their stimulus packages. Taking all such factors into account, China is likely to be a “U,” and so are some East and Southeast Asian economies which have extensive trade with China. Some service-intensive European countries are at risk of an “L,” and the US also risks an “L” for the same reason. The biggest question mark is over large developing countries where the virus has not (yet) had so severe an impact.

If most of the largest and developed economies can more or less contain the outbreak by the summer and start the recovery process during the third quarter of 2020, then a global “V” recovery by the end of the year is possible. However, given the patterns of the second wave of the outbreak already observed in some countries, it is also possible that a second wave of outbreaks will occur in a number of large economies, and hence we will see a “W,” with the higher-than-trend growth phrase postponed until the first half of 2021 or later.

It is in the common interests of all to avoid an L-shaped recovery, and to do so, cooperation among all economies is vital. Is the G20 listening?

(Iain Begg is a professor at the LSE’s European Institute and co-director of the Dahrendorf Forum. Qian Jun is a professor of finance and executive dean at Fanhai International School of Finance, Fudan University.)