Hangzhou at forefront of poverty reduction 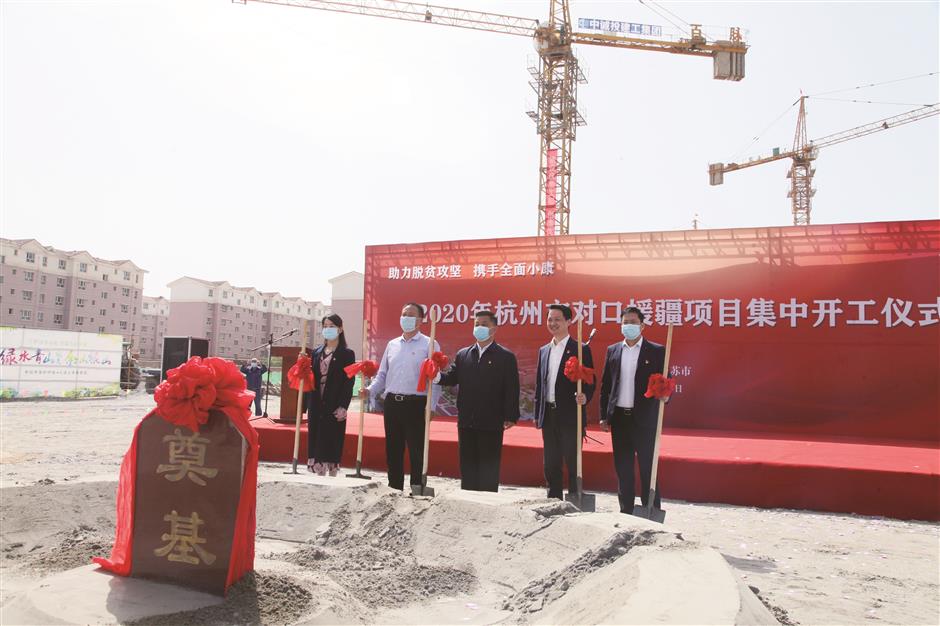 The 10th batch of construction projects, including 22 with a total investment of 213 million yuan (US$29.6 million), was launched in Aksu Prefecture in the Xinjiang Uygur Autonomous Region on April 26.

Hangzhou has been supporting development of 11 cities and 47 counties across eight provinces ever since the central government initiated a “pairing assistance” program in the 1990s to help poverty-stricken regions.

It has allocated government officials, talent and industrial resources to coordinate with their governments in improving people’s wellbeing and raising living standards.

The 2020 Hangzhou government work report says that such work will continue to grow under the program.

Over the past 30 years, the city has prioritized education and health care in impoverished areas.

On April 26, the 10th batch of construction projects, including 22 with a total investment of 213 million yuan (US$29.6 million), was launched in Aksu Prefecture in the Xinjiang Uygur Autonomous Region.

A new hospital there will be three times the size of the old one on completion. Two new schools will be able to accommodate around 5,000 students, and 2,606 houses will be built for poor people.

Ten years have passed since the first official from Hangzhou was sent to Xinjiang to assist the development.

Currently, a number of officials, teachers and doctors are assisting the frontier city.

In February and March, during the COVID-19 crisis, teachers in Hangzhou livestreamed 15 seminars and 336 classes for 1,000 teachers and 10,000 students in Aksu. Doctors in Hangzhou held 11 remote consultations with their counterparts in Aksu, checking on 105 patients. 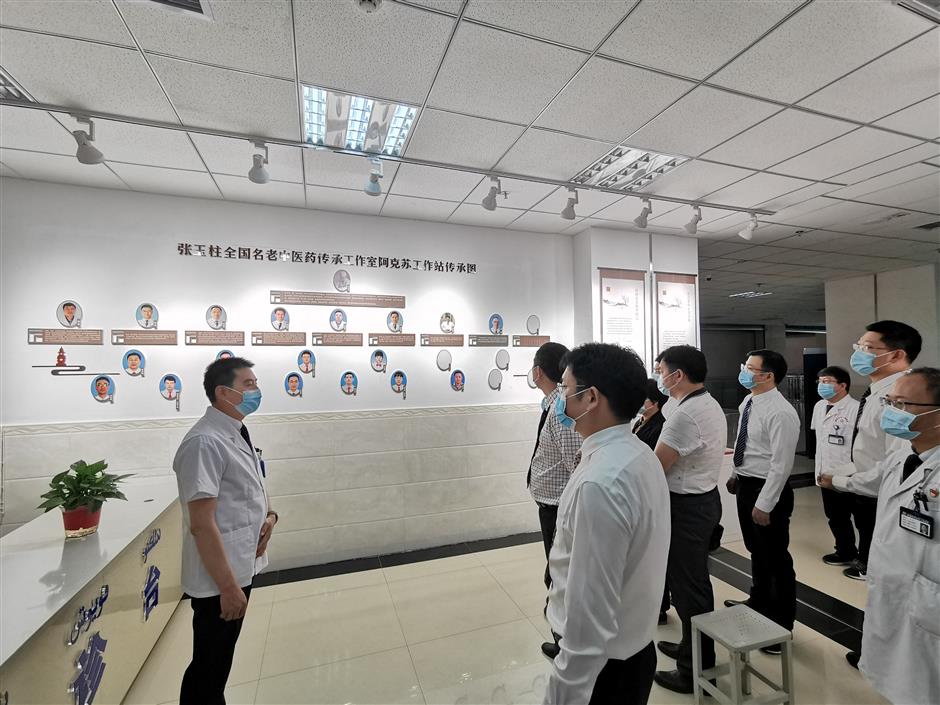 Four years ago, Hangzhou began assisting Enshi Tujia and Miao Autonomous Prefecture in central China’s Hubei Province. Since then, the poverty-stricken population there has been reduced from 525,000 to 7,971.

To help them recover from COVID-19 outbreak, Hangzhou government has been assisting local farmers in selling their products via livestreams.

To encourage consumption, Hangzhou gave away coupons worth 10 million yuan to be used in Enshi’s online shops last month.

Plans are in place to ensure that produce is kept fresh during delivery, and transfer hubs have been established to lower transport costs. 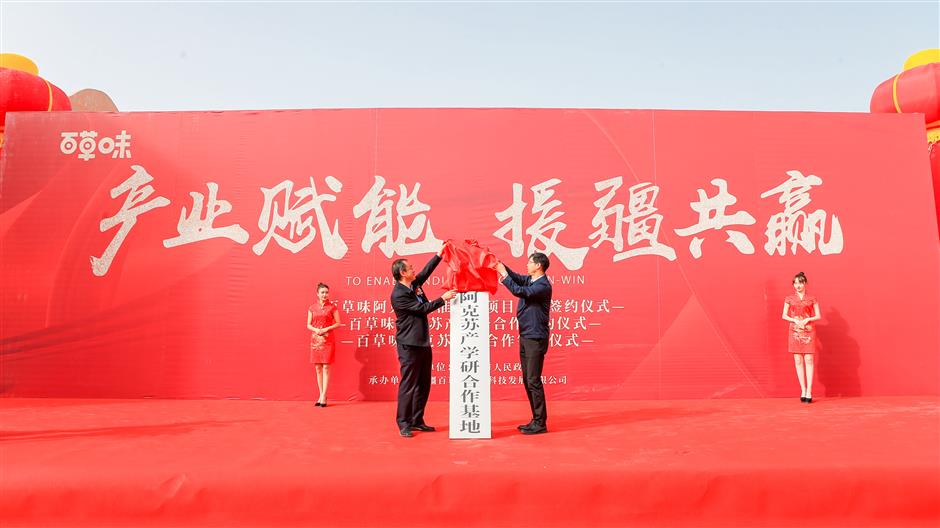 Bai Cao Wei, a Hangzhou-based company engaged in selling snacks, launches a research base in Aksu Prefecture in the Xinjiang Uygur Autonomous Region.

This is the 25th year that Hangzhou has been assisting Naqu County. Located on the Qinghai-Tibet Plateau, more than 4,000 meters above sea level, the county is cold and oxygen-deficient all year round.

The city has sent 44 officials to Naqu over those 25 years, and they suffered a lot because of the extreme environment.

“I couldn’t breathe when I was going upstairs. The lack of oxygen often made my head ache and made me lose my memory,” said Lin Jiazhong, director of the Naqu Construction Bureau from 2007 to 2010.

During his tenure, his team completed 38 projects with a total investment of 30 million yuan. A number of hospitals, police stations, stadiums and schools were built to improve local citizens’ livelihoods.

The “pairing assistance” program in return boosts cultural exchanges between Hangzhou and Tibet.

In February, Tibet government hosted a yak exhibition at the Zhejiang Museum of Natural History, giving Hangzhou people an insight into the life of Tibetan nomads.

In recent years, Hangzhou has invited officials from poor areas to attend events in Zhejiang Province, with the aim of providing more opportunities for business partnerships.

The conference was an opportunity for them to look for professionals from education and pharmaceutical industries with subsidies of up to 1 million yuan.