Japan’s economy slipped into recession for the first time in four-and-a-half years in the last quarter, putting the nation on course for its deepest postwar slump as the coronavirus crisis ravages businesses and consumers.

Yesterday’s first-quarter GDP data underlined the broadening impact of the outbreak, with exports plunging the most since the devastating March 2011 earthquake as global lockdowns and supply chain disruptions hit shipments of Japanese goods.

Analysts warn of an even bleaker picture for the current quarter as consumption crumbled after the government in April requested citizens to stay home and businesses to close, intensifying the challenge for policy-makers battling a once-in-a-century pandemic.

“It’s near certainty the economy suffered an even deeper decline in the current quarter,” said Yuichi Kodama, chief economist at Meiji Yasuda Research Institute. “Japan has entered a full-blown recession.”

The slump came on top of an even steeper 7.3 percent fall in the October-December period, with the consecutive quarters of contraction meeting the technical definition of a recession. Japan last suffered recession in the second half of 2015.

The coronavirus has ravaged the global economy as many nations went into strict lockdowns to curb the outbreak that has so far killed over 310,000 people worldwide. The pandemic has been massively disruptive on supply chains and businesses, particularly in trade-reliant nations such as Japan.

Exports plunged 6 percent in the first quarter, the biggest fall since April-June 2011.

“Exports to China began to fall in February, followed by a wave of slumping shipments to Europe and the United States,” said Takeshi Minami, chief economist at Norinchukin Research Institute. 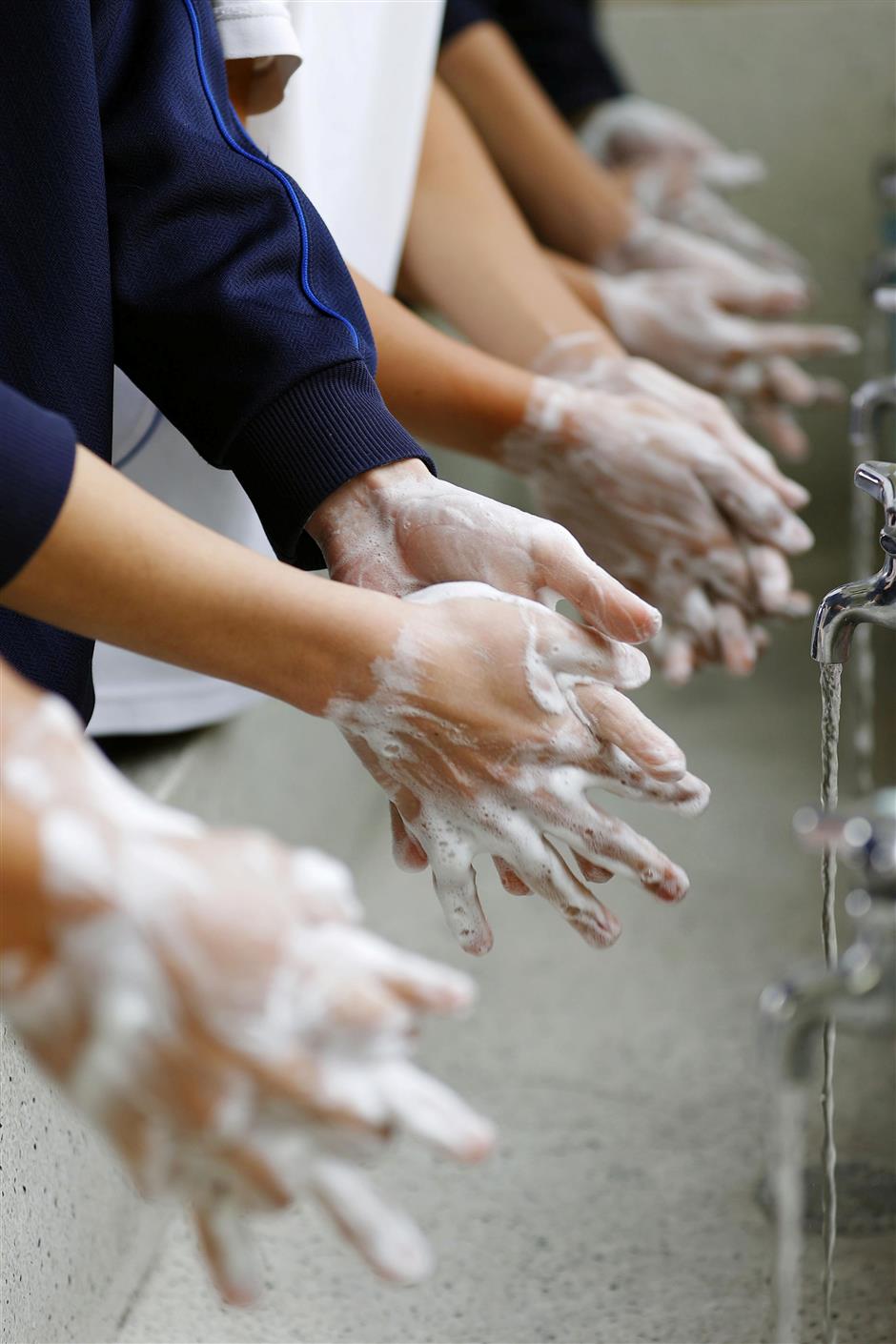 Junior high school students wash their hands at a school in Kuwana, central Japan. The Japanese government has lifted the state of emergency in large parts of the country.