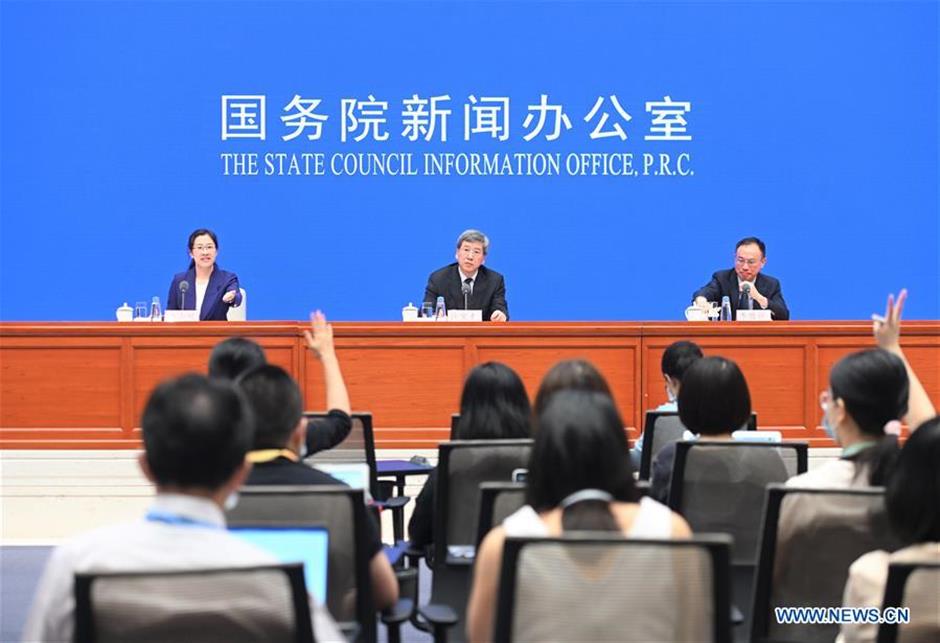 A press conference is held by the State Council Information Office in Beijing, capital of China, June 12, 2020. China will tighten oversight to ensure that increased fiscal funds meant for companies and individuals arrive directly without being intercepted or diverted, Vice Finance Minister Xu Hongcai said Friday.

China will tighten oversight to ensure increased fiscal funds meant for companies and individuals arrive directly without being intercepted or diverted, an official said Friday.

Vice Finance Minister Xu Hongcai made the remarks at a press conference in Beijing.

According to a government work report, China's fiscal deficit will rise by 1 trillion yuan over last year and it will issue government bonds worth the same amount for COVID-19 control, which will be transferred in full to local governments.

The country has established a system to closely monitor the entire process of how the funds are allocated, transferred and used. It is meant to prevent fraud, embezzlement and interception, Xu said.

Government departments at various levels involved in the handling of the funds will share data to facilitate oversight.

Other measures include strengthening audit and transparency, said Xu.