Shanghai planning 'a city for the people' 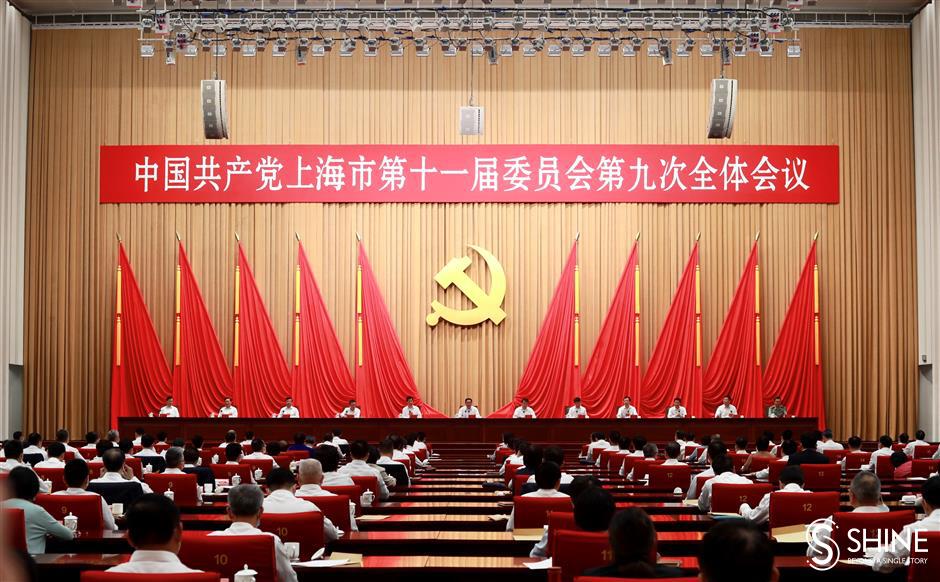 The ninth plenary meeting of the 11th Shanghai Committee of the Communist Party of China is held in Shanghai on Tuesday.

Shanghai laid out its plans for "a city for the people" at the ninth plenary meeting of the 11th Shanghai Committee of the Communist Party of China (CPC) on Tuesday.

The document follows President Xi Jinping’s call for cities built by the people and for the people, and that urban planning and development must be committed to a people-centered approach and focus on people's needs.

Li Qiang, the CPC Shanghai Committee secretary, said: ”Especially during the fight against the COVID-19 pandemic this year, we have come to a deeper understanding of the need to uphold the supremacy of the people and translate the work of building cities for the people into practical actions that rely closely on the people and can bring tangible benefits to them.”

Based on the above considerations, the Shanghai committee drew up a document to guide urban construction in the new era, which clarified the core ideas of "a city built by the people and for the people,” the major goals, tasks and key measures to be carried out.

Shanghai should "accelerate construction of a modern socialist international metropolis with global influence" as noted by President Xi.

"We will make efforts to build Shanghai as a city where everyone can participate in governance in an orderly manner, can enjoy a high-quality life, and can feel a sense of belonging," Li said.

The development of a modern international metropolis mainly lies in the core functions of the city, Li said. The so-called core function of a city is a unique competitive advantage based on the high concentration of factor resources, the full breeding of industrial clusters, the deep interaction of market subjects and the continuous optimization of development ecology.

The city should comprehensively strengthen the "four major functions,” speed up the construction of the "five centers,” strive to upgrade the city's energy level and core competitiveness, and better serve the Yangtze River Delta region, the Yangtze River economic belt and the whole country, to better represent the country in international cooperation and competition, according to the document.

Industrial clusters such as integrated circuits, artificial intelligence, biomedicine and other industries will be vigorously developed, and so will the new online economy, with an aim to create a new generation of Internet economic clusters.

Another highlight is to respond to people's expectations of a better life, making overall plans to improve the livelihood of citizens and effectively expanding the supply of public services in various fields and at various levels to strive to make people's lives happier and higher quality.

Meanwhile, Shanghai will continue improving its business environment and unlocking market vitality. The government will further develop its website and data sharing among governmental departments to provide one-stop services for the public and improve administration efficiency.

Refining management, renovation of old buildings, infrastructure construction and nightlife economy will also be among main focuses for the city, as the committee suggests.