China's industrial profits up 11.5% in June 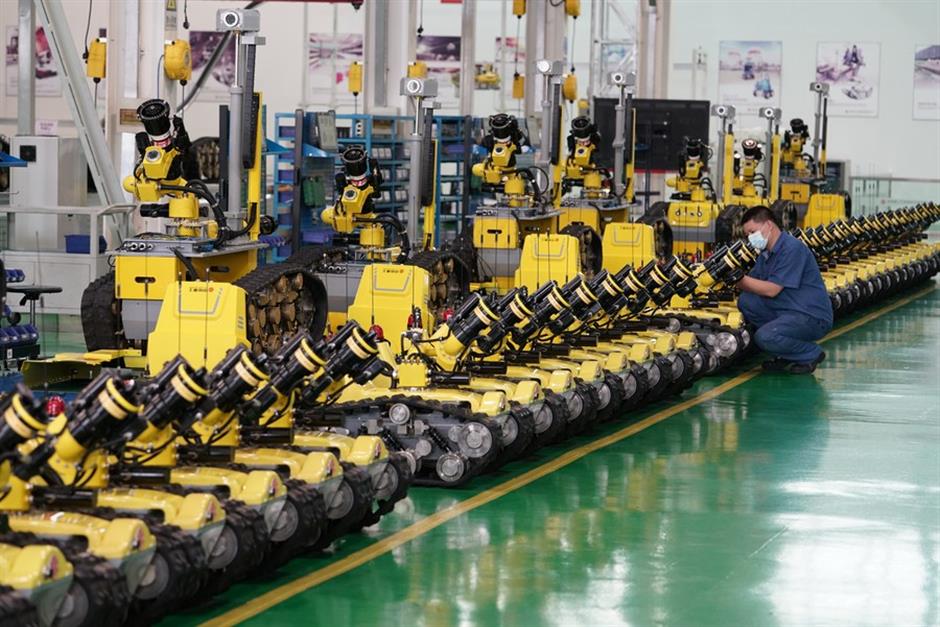 A worker debugs a special robot at a workshop in the Tangshan Hi-tech Industrial Development Zone in Tangshan, north China's Hebei Province on July 17, 2020.

Profits of China's major industrial firms in June totaled 666.55 billion yuan (about US$95.18 billion), increasing by 11.5 percent year on year, data from the National Bureau of Statistics showed Monday.

The growth widened 5.5 percentage points from that in May, said NBS senior statistician Zhu Hong.

In the first half of the year, the profits of major industrial firms declined 12.8 percent to 2.51 trillion yuan, narrowing 6.5 percentage points from that in the first five months.

Specifically, profits of state-owned industrial firms dropped 28.5 percent from one year earlier to 661.41 billion yuan, while those of private ones shrank 8.4 percent year on year to 711.98 billion yuan.

During the period, profits of the mining industry slumped 41.7 percent, and manufacturing industry profits decreased by 9.8 percent.

Profits in nine of the 41 industrial sectors surveyed rose compared with one year earlier, while 31 sectors saw their profits fall, according to the NBS.

Major industrial companies refer to those with an annual business turnover of at least 20 million yuan.