Instead of shuttling across exhibition venues around the world as before, Pan Bin, general manager of Anhui San Cunguang Reflective Material Co, was busy promoting products to the domestic market on e-commerce platforms.

“We used to export reflective materials to Southeast Asian and European countries, but the overseas orders were all canceled due to the COVID-19 pandemic, and we turned our focus to tapping the domestic market,” said Pan.

The company was one of the trailblazers in the Yangtze River Delta to make its foray into China’s new development pattern known as “dual circulation” that takes the domestic market as the mainstay and allows the domestic and foreign markets to boost each other.

Covering a 358,000-square-kilometers expanse, the Yangtze River Delta, consisting of Shanghai and the provinces of Jiangsu, Zhejiang and Anhui, is one of the most populated and urbanized city clusters in China, contributing one-fourth of the country’s gross domestic product. Sales of export products at home can further enrich the country’s market supply and take full advantage of its super-large market size and demand potential, China’s commerce ministry said in late June.

“We launched seven online shops on several major e-commerce platforms, including Tmall and JD.com, and our total sales have surpassed 6 million yuan (US$877,200) as of July,” Pan said. 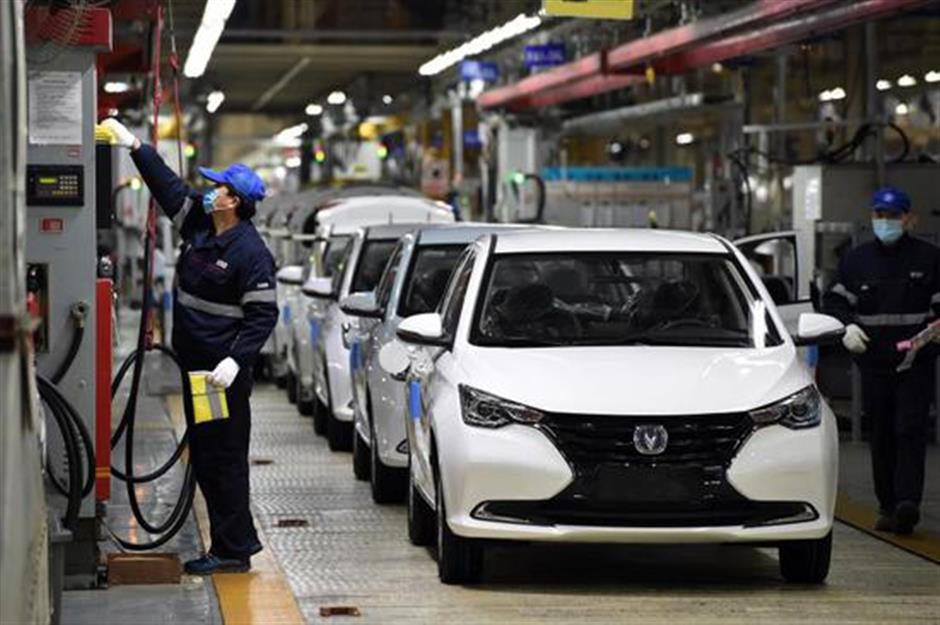 A man works at a workshop of the Hefei plant of Changan Automobile in High-tech Industry Development Zone in Hefei, east China's Anhui Province.

A spate of measures has been rolled out by local authorities in the delta region to support domestic sales of export products after the State Council released a guideline in late June.

Jiangsu Province adopted 12 new measures, including streamlining the certification process for the domestic sale of export products and reducing certification fees to promote the integrated development of domestic and foreign trade, according to a circular released by the provincial government.

Anhui provided financial support to encourage export enterprises to sell their products to domestic customers via online exhibitions organized by the provincial department of commerce.

Building a modern and stable industrial chain to supply quality products is one of the key forces in developing the “dual circulation” pattern, said Chen Wen, a professor at the Chinese Academy of Sciences.

From small chips to big planes, and from cloud computing to the Internet of Things, the four provincial-level regions in the delta are teaming up to further integrate their industrial chains to meet diversified domestic demands.

“Regional integration has brought us new opportunities as we can tap the best potential of each place and share resources within the region. Our clients have expanded from domestic brands to joint ventures,” said Zhang Weixing, vice general manager of Anhui Shenghuabo Auto Electric Co, which manufactures windscreen wipers.

With its manufacturing base located in Anhui, the company’s R&D center is based in Shanghai, and its mold processing is conducted in Zhejiang Province.

The Yangtze River Delta has the advantage of serving as a bridge between domestic and international markets. In the first half of this year, Zhejiang Province achieved a total import and export volume of 1.47 trillion yuan, up by 4.2 percent year on year while that of Anhui totaled 244.16 billion yuan, up by 9 percent from last year.