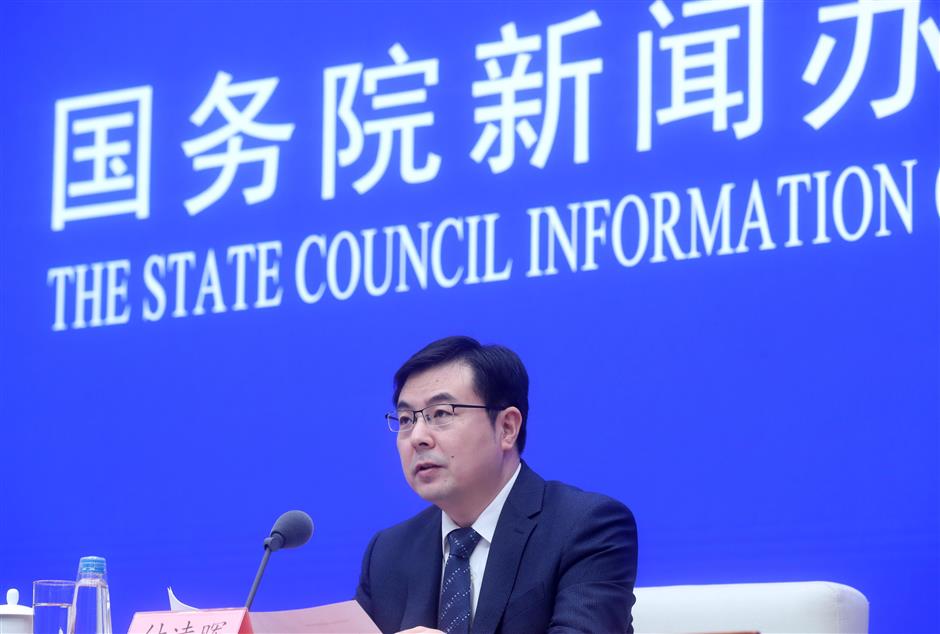 Fu Linghui, spokesperson of the National Bureau of Statistics, addresses a press conference in Beijing on September 15, 2020.

China's economic growth is expected to see "an evident acceleration" in the third quarter if recovery momentum sustains in September, Fu Linghui, spokesperson of the National Bureau of Statistics, said on Tuesday.

Industrial output and service production have improved so far in the third quarter compared to that in the second quarter, Fu told a press conference.

"If such momentum could be sustained in September, the economic growth will accelerate evidently in the third quarter," said Fu.

The country's value-added industrial output, an important economic indicator, went up 5.6 percent year on year in August, accelerating from a rise of 4.8 percent registered in July, according to data released by NBS.

The Index of Services Production grew by 4 percent year on year in August, widening from the 3.5-percent increase in July, NBS data showed.

China's gross domestic product expanded 3.2 percent year on year in the second quarter, reversing from a contraction of 6.8 percent in the first quarter.