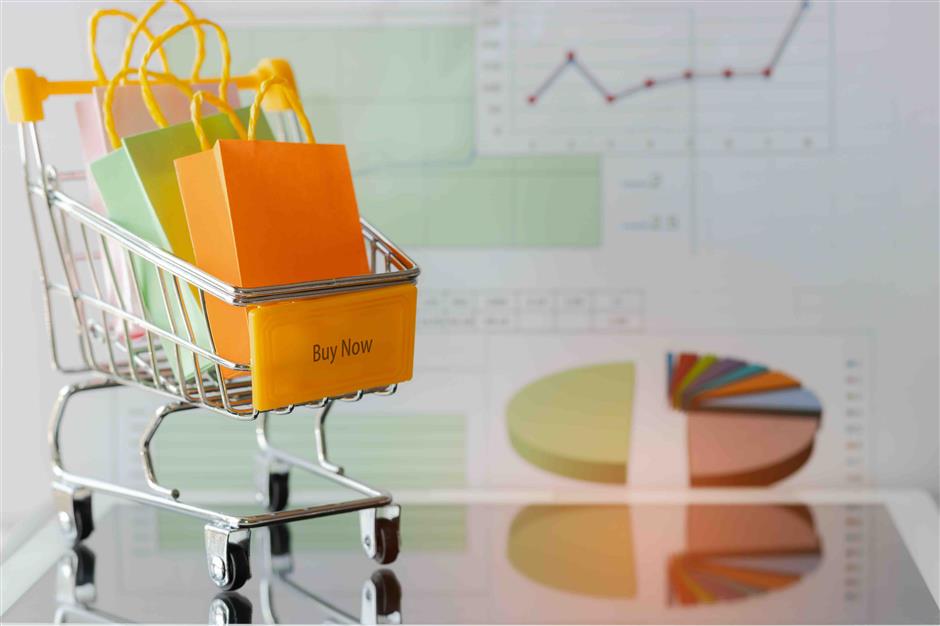 Spending on Tmall by Shanghai residents during the two-week sales campaign ranked fourth in the country.

Sales on Alibaba jumped 26 percent from the same period a year ago, according to Jiang Fan, president of Taobao and Tmall.

JD reported 271.5 billion yuan in transactions over the 11 days with a 160 percent increase in premium infant formula and a 110 percent growth in pet products compared to the same period last year.

Orders by Shanghai shoppers were up 36 percent at JD and smartphones, computers, digital gadgets and home appliances the bestsellers.

Alibaba and JD dominated online sales with nearly 90 percent of online transactions during the period, according to figures from private consultancy China Internet Research Center.

It said the shift toward a digital economy was a major driving force for increased sales and a chance for smaller e-tailers to appeal to new customers.

Over 30 livestreaming channels on Taobao Live each generated more than 100 million yuan in transactions.

Sales of the JD Daojia delivery site on November 11 were more than double last year’s, covering a range of products that included groceries, medicine, cosmetics and clothing.

Walmart was the best selling supermarket chain on the site while sales of sports and outdoor goods nearly quadrupled.

Shanghai shoppers favored fresh fruit and dairy products beyond other types of merchandise.

Property services provider CBRE expects the focus of bricks-and-mortar stores to shift toward providing an environment for shoppers to view and try products, rather than simply being a point of sale.

It suggests retailers allocate larger areas for product display and testing, while reducing the space dedicated to cashiers.

But some customers complained about slow deliveries.

"I have waited more than a week for three bottles of imported vitamin supplement and I have no clue when they will be delivered," said Shanghai office worker Janis Shen.

More than 300,000 merchants from impoverished counties took part in the shopping promotion and their sales volume jumped 74 percent in the first 10 days.