In Shenzhen, the world's largest electronics market gets a cosmetics makeover 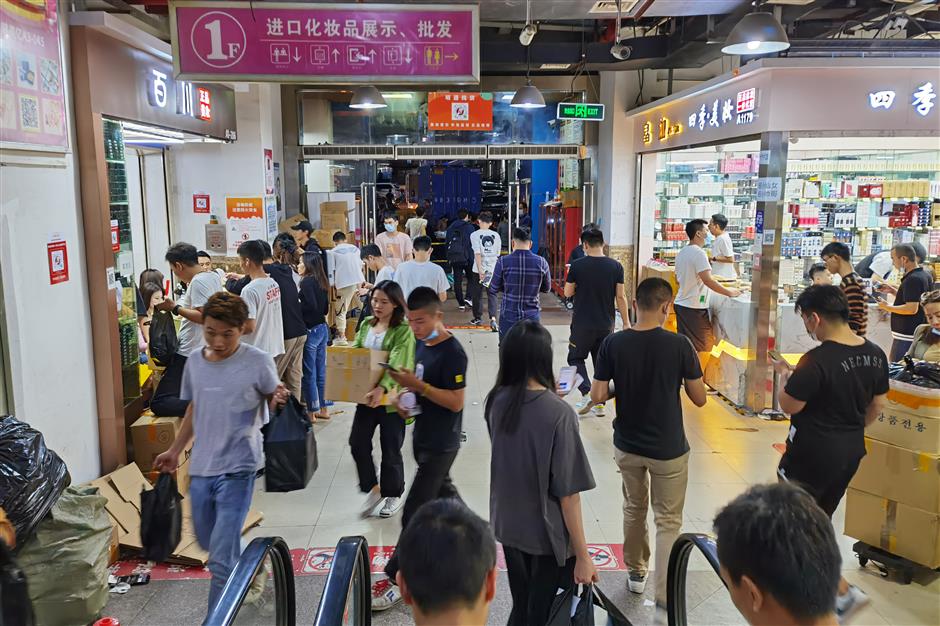 The electronics sellers for which Huaqiangbei in Shenzhen, south China’s Guangdong Province, is famous have mostly gone home, but the wholesale cosmetics merchants crammed into 1,400 stalls in the sprawling market’s Mingtong mall will be working until 2am to meet booming demand.

“It doesn’t matter what promotions are happening, it’s this busy every night,” a seller surnamed Ying said.

Ying opened her cosmetics stall three months ago, part of a sudden makeover at the landmark electronics market.

Huaqiangbei is home to dozens of multistory malls housing about 38,000 businesses that historically sold microchip reels and other components. It is also a matchmaking hub for global companies looking to get things made in nearby factories.

But rents are rising as its once-unruly markets gentrify, with increasingly upscale malls and 5G “experience centers” now lining its tidied roads, reflecting Shenzhen’s upward mobility from a manufacturing and trading hub to what China sees as the sleek and prosperous equivalent of Silicon Valley.

Where many of the market’s stalls once sold knock-off Apple and Samsung products, vendors have been squeezed by affordable local brands like Xiaomi and Vivo. For many, the easiest move was to exit electronics altogether.

“We used to just sell phone parts, but by 2016 some of the markets were 50 percent vacant, so we needed to try something else to survive,” said Lin Muxu, general manager of the Mingtong Digital City market, who has worked in Huaqiangbei for 15 years. “We saw there’s great demand for beauty products, whether it’s teenagers, women, men in their 60s and 70s.”

Chinese consumers have a growing appetite for cosmetics, with sales worth 256.9 billion yuan (US$39.26 billion) from January to October, up an annual 5.9 percent, official data show. In the same period, overall retail sales fell 5.9 percent.

Although Mingtong had hosted a smattering of cosmetics dealers for several years, the business took off this year when border closures halted the flow of traders going to Hong Kong and picking up tax-free goods for resale, wholesalers said.

“For importers with the right licenses, we can buy in bulk here and sell products at a few cents’ markup each,” said a trader named Scott, declining to give his full name.

Some buyers purchase items in small batches to sell online.

“It’s a few at a time, but we’re moving such volumes that there’s a good profit to be made,” Scott said.

Seller Eva Zhou said all her European cosmetics were genuine, though near the end of their shelf lives. She worries that as more sellers flock to the market, margins will be squeezed further.