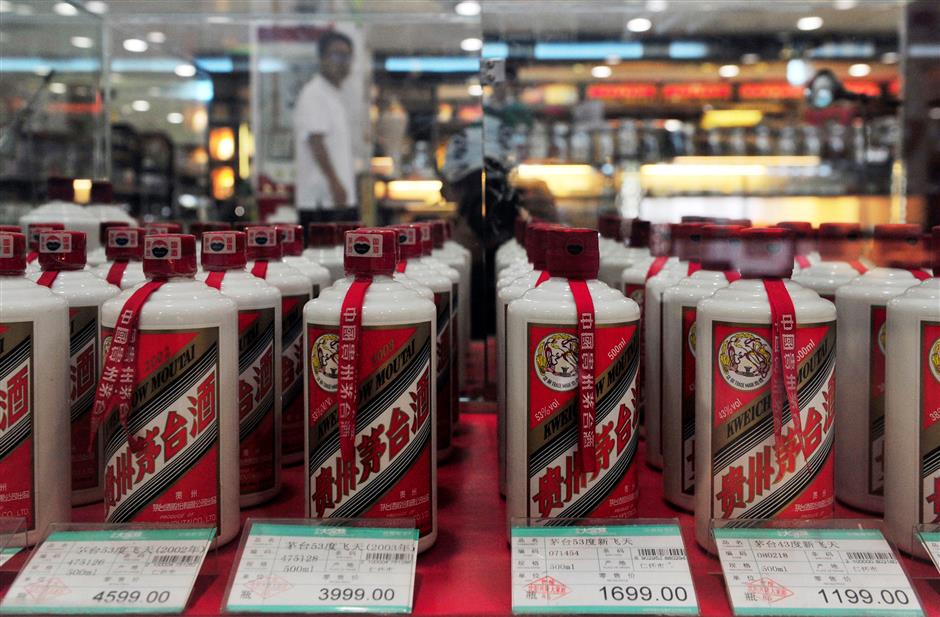 A glass case displaying various Moutai liquors is seen at a supermarket in Shenyang, Liaoning Province.

As luxury spending rebounds in China, consumers with money to burn have a new habit beyond fancy bags and watches: a taste for collector editions of fiery domestic liquor Moutai, not to drink but to hold onto as a rapidly appreciating investment.

Amid China’s recovery from the coronavirus pandemic, Moutai buyers like Beijing tech worker Yang Nan have seen re-sale prices for vintage and limited editions of the ‘baijiu’ spirit made by Kweichow Moutai rocket as demand booms. And they want in on the action, before it’s too late.

“I feel more people are getting into the market of Moutai collection and making it more difficult for people like me to afford it,” Yang said. The 30-year-old hails from the southwestern Guizhou Province, home of Moutai, and was raised to know the drink’s value: her parents sold 12 bottles to raise 250,000 yuan (US$38,000) for a downpayment for her Beijing apartment.

A special ‘Year of the Rat’ bottle that Yang purchased for 1,699 yuan at the start of 2019 is now worth almost double, about 3,000 yuan, according to e-commerce giant Alibaba’s Taobao marketplace — typical for the general growth in prices that are now their highest on record, drinks specialists say.

Kweichow Moutai tightly controls the supply of its drinks, with retail prices starting around 1,500 yuan for bottles that have for years been the tipple of choice for China’s elite government and business circles. It nurtures a luxury image in the country’s giant baijiu sector, with a market value of more than US$300 billion — the most valuable listed company in China.

But demand for vintage bottles beyond the company’s retail reach has reached dizzy heights this year, analysts and shopkeepers say, thanks to a flood of new buyers seeking safe-haven investments during pandemic uncertainty.

“Recently the overall economic environment was bad, anything that has a potential to increase in value is popular,” said independent liquor industry analyst Cai Xuefei. Fine international wines and spirits have long been a target for wealthier Chinese.

“Moutai is not only for drinking, it is a social tool, an identity indicator. As people believe older Moutai will only be more valuable, there is little risk in hoarding (bottles).”

The rampant prices have also now lured many liquor stores into trading collector bottles. Cai estimates as many as 20 percent of shops in China that were not previously in the market piled in during the COVID-19 outbreak.

Brick-and-mortar stores are also trusted more by some customers as less likely to sell fake Moutai, on which police have cracked down in recent years.

“The financial feature of Moutai as an investment became obvious to many during the pandemic, and the price of old Moutai moved up stably and now stands at a historical high,” said Guangzhou-based analyst Zhu Danpeng.

Its signature Feitian 53 range — known as ‘Flying Fairy,’ with 53 percent alcohol by volume — starts at 1,499 yuan and is heavily traded by speculators. Last year, United States retailer Costco sold out a stock of 10,000 bottles in just two days, at the opening of its first China outlet in Shanghai.