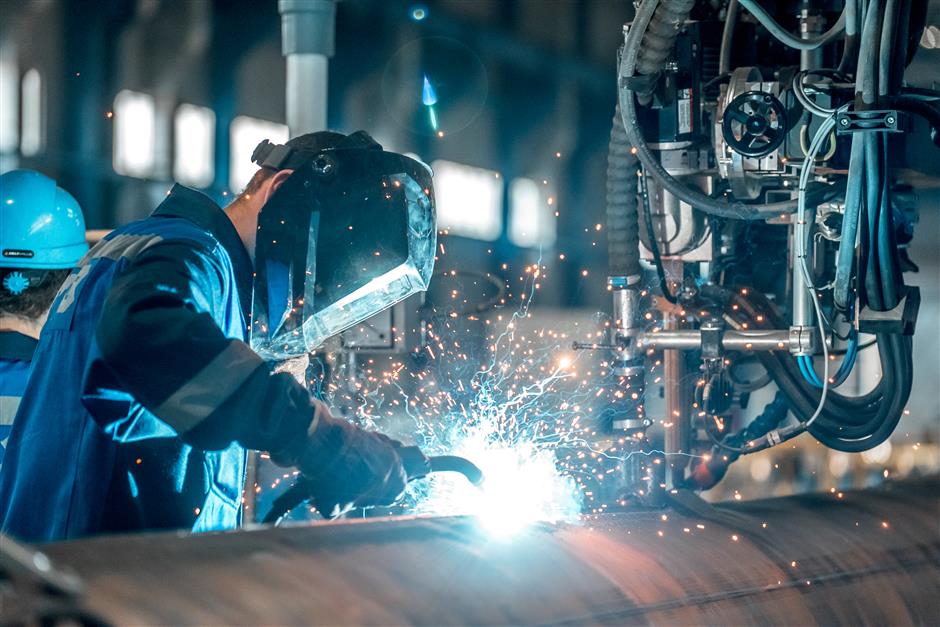 Profits at Chinese industrial enterprises climbed 28.2 percent in October year on year, the fastest pace in a single month in almost nine years, as well as a further sign that China's economic recovery is gathering pace.

Accumulated industrial profits for the first 10 months of the year rose 0.7 percent, up from a 2.4 percent decline in the first nine months, data from the National Bureau of Statistics showed on Friday.

“The acceleration in October was mainly due to a low base in the same period last year and an increase in investment income this month,” said Zhu Hong, an economist at the bureau.

Twenty-five industry sectors, out of 41 total categories, swung to positive growth from decline in the first 10 months.

Equipment manufacturing contributed most to the rise of industrial profits, according to Zhu. Following it, the electronics industry has also lifted profits by maintaining a two-digit growth since April.

Manufacturing of consumer goods is also recovering on increasing domestic demand and strong export performance, which posted year-on-year growth of 4.8 percent in the first 10 months, 0.4 percentage points higher than the first nine months.

Food, papermaking and tobacco industry profits surged between 10 percent and 30 percent. The liquor, textile and medicine industries grew faster to 5.1 percent, 7.6 percent and 8.7 percent respectively in the January-to-October period.

Private and foreign-invested firms posted stronger recovery than state-owned firms, with the former achieving 1.1 percent growth and 3.5 percent growth in the first 10 months; while the later declined 7.5 percent in accumulated profits.

“The improvement in private firms was benefited by supportive policies to help them solve difficulties in operation and financing,” Zhu said.

Zhu cautioned that profits may come under pressure going forward, saying: “We should note that the growth rate of industrial accounts-receivable has risen, and the pressure on cash flow has increased, which portends ill for the continuous recovery of companies’ production and operation.”