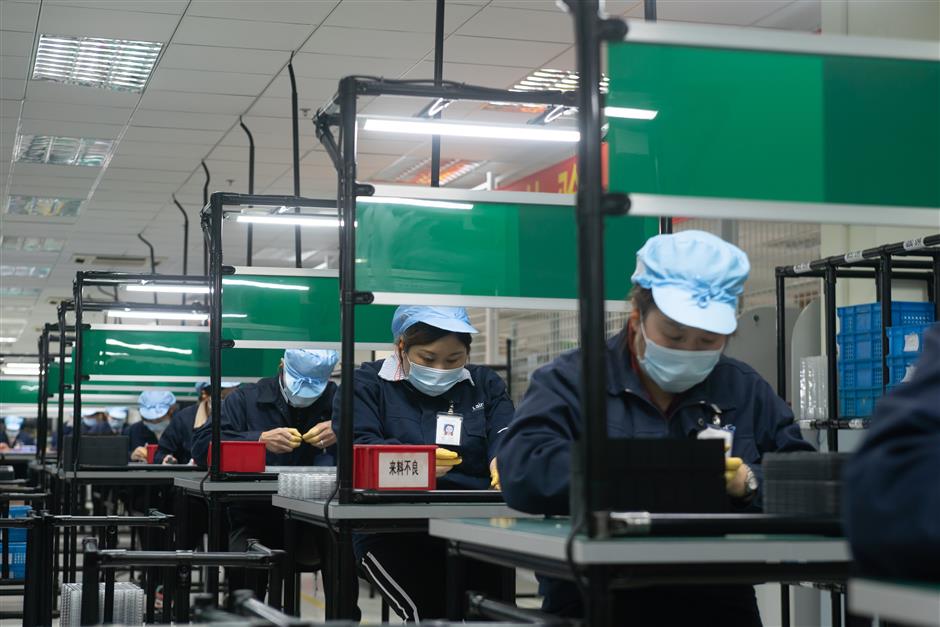 China’s factory output expanded at its fastest pace in 10 years as the economic recovery continues to pick up speed, according to a private business survey released on Tuesday.

The Caixin manufacturing Purchasing Managers' Index, which surveys small and medium-sized enterprises (SMEs) as well as export-oriented companies located in eastern coastal regions, jumped to a stronger-than-expected 54.9 in November from October’s 53.6, the highest reading since November 2010.

The improvement is in line with November’s increase in official PMI that centers more on large and state-owned firms, which rose at its fastest pace in more than three years.

“Chinese manufacturing continues to recover and the economy has increasingly returned to normality as fallout from the epidemic has faded,” said Wang Zhe, a senior economist at Caixin Insight Group.

“The highest reading in a decade suggests the sequential momentum of China’s recovery growth, especially in the manufacturing sector," said Nomura in note. "We expect PMIs to remain buoyant in coming months.”

The robust PMI points to solid fourth-quarter growth, which Nomura expects to increase to 5.7 percent year on year, from 4.9 percent in the third quarter, an impressive turnaround from earlier this year.

November’s rise in the Caixin manufacturing PMI was broadly based but primarily led by output and new orders subindices, which in November reached 10-year highs of 57.1 and 58.3, respectively, from 54.5 and 57.0 in October, signaling both demand and supply in the sector are accelerating.

Overseas demand improved substantially with the new export order subindex staying in expansionary territory for the fourth month in a row.

“But the improvement in overseas orders was slightly weaker than that of domestic demand,” Wang said.

Employment in China’s factories also improved as strong growth in supply and demand gradually exerted influence on the job market.

The employment subindex stayed in expansionary territory for the third straight month and hit its highest level since May 2011.

“More and more surveyed enterprises began adding staff to meet strong market demand, although employment’s expansion still lagged behind orders and output,” Wang said. “Manufacturing enterprises added to their inventories to meet strong demand, reflecting their confidence in the economic outlook for the next 12 months.

The firm expects the economic recovery in the post-pandemic era to continue for several months. At the same time, however, deciding how to gradually withdraw the easing policies launched during the pandemic will require careful planning as uncertainties still exist inside and outside China, it said.