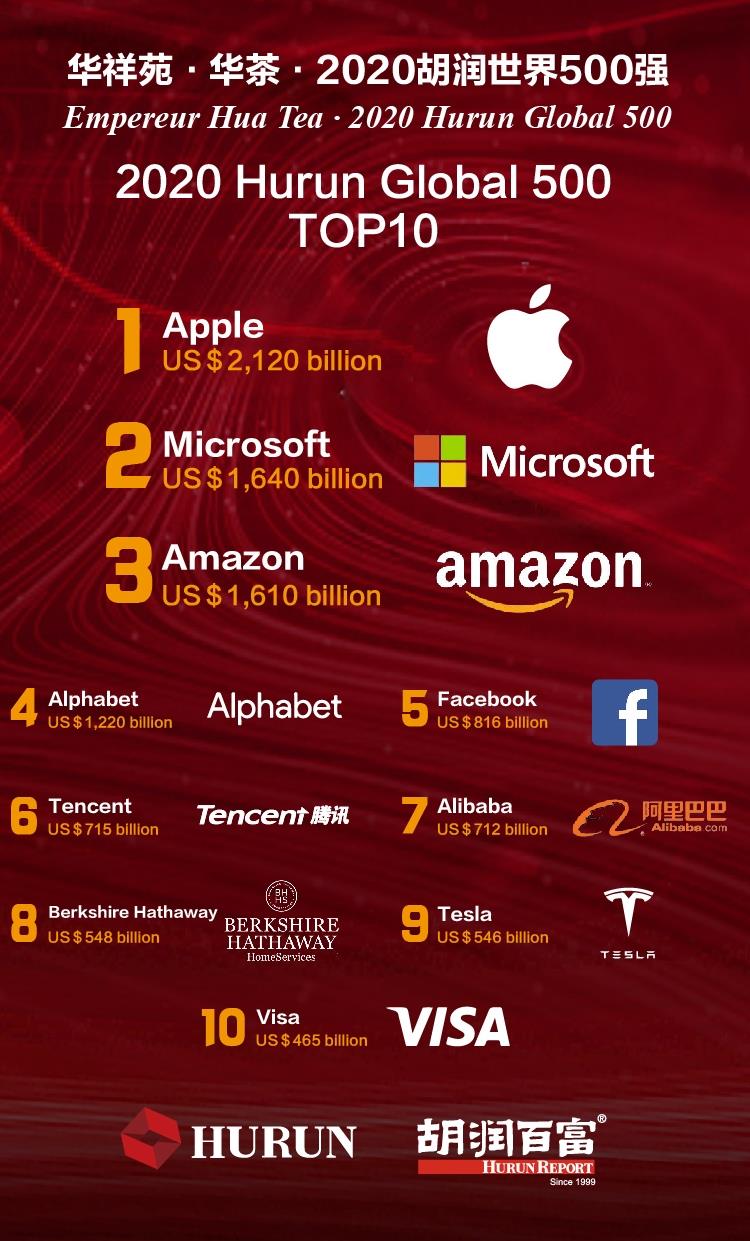 Far from being hurt by the pandemic, the combined market value of the Hurun Global 500 companies rose by 25 percent, according to the latest ranking.

Together they are worth US$50 trillion, equivalent to the GDPs of the world’s six largest economies, with an average market value of US$99.3 billion.

A total of 51 Chinese companies saw their combined market value reach US$5.2 trillion, jumping 73 percent, more than the combined total of all Japanese, French and UK companies on the list.

“Value is perhaps the best way to measure a company’s economic power instead of sales," said Rupert Hoogewerf, chairman and chief researcher of the Hurun Report.

He gave the example of US biotech company Moderna, which generated only US$60 million in sales last year, the smallest on the ranking, but with a market value of US$56 billion in 253th place.

Walmart had the largest sales but was only 12th on the Hurun Global 500.

The US led with 242 companies on the Hurun Global 500, followed by China with 51. Eight out of the top 10 are US companies, the other two being China tech giants Tencent and Alibaba. 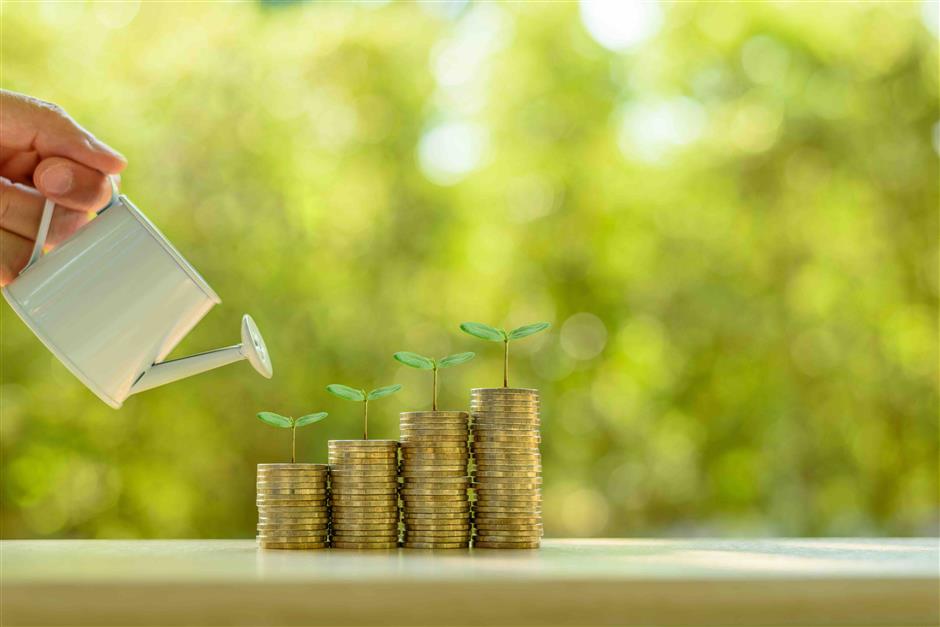 As many as 60 companies doubled their value with 25 from the US and 21 from China.

The rankings were based on listed firms' stock prices as of December 1 last year.

The concentration of already powerful multinationals is now a more evident trend.

The five big industries make up half the total value on the top 500 list, led by financial services, followed by health care, retail, media and entertainment, and software and services.

The tech boom was further fueled by the pandemic which drove digital applications and online services, and, as a result, the top 10 firms are now worth US$10 trillion, making up a fifth of the combined value of the top 500.

In terms of growth pace in market value, Chinese e-car manufacturers NIO and Xpeng Motors were the fastest risers, along with China-based online real estate platform KE which grew nine-fold to US$75.9 billion.