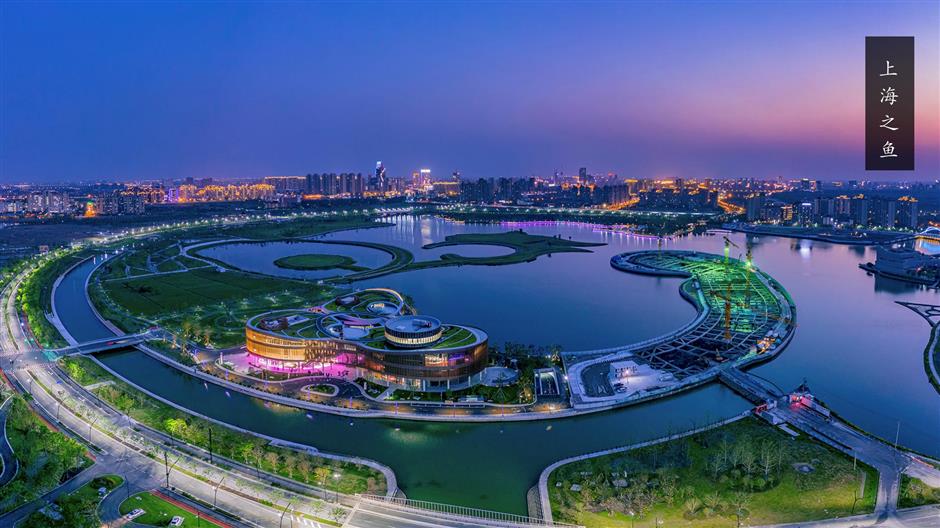 Fengxian District announced ambitious plans on Friday to accelerate development of a 67-square-kilometer area earmarked as one of the five "new cities" of vital importance to Shanghai's future growth.

"Fengxian registered a 32-percent increase in its fiscal revenue, witnessed the addition of more than 200 market entities as well as new investments in various fields in the first quarter of 2021, underscoring its rapid economic development,” said Zhuang Mudi, the district’s Party secretary. "To further boost the vitality of the district, we will expedite the development of the new city over the next five years with an emphasis on several key aspects including innovation, the ecological environment, digitization, consumption and culture."

The southern district, which has been building its fame across the country over the past six years with its Oriental Beauty Valley, a business hub focused mainly on the cosmetics, health and food industries, aims to double the output of the valley to 100 billion yuan (US$15.24 billion) within the next five years.

By the end of 2025, the annual output of the biopharmaceutical industry in the valley, which has attracted leading players including Wuxi Biologics, Shanghai Junshi Biosciences, Shanghai Hutchison Pharmaceuticals and Lei Yunshang, will be doubled to 40 billion yuan.

Combined output from cosmetics enterprises in the valley, where global and domestic makeup giants such as Shiseido, L’Oréal and Pechoin have all established a presence, will exceed 40 billion yuan.

In the food sector, meanwhile, Fengxian has set its annual output target at 20 billion yuan, which it said would be driven by growth of both time-honored brands including Bright Food, Guangshengyuan Food and Dingfeng, and newly developed high-end food products in line with emerging market trends, according to Yuan Quan, vice Party secretary of the district.

The smallest of its kind compared with its four rural counterparts of Jiading, Qingpu, Songjiang and Nanhui, Fengxian’s new city will particularly focus on the development of areas in proximity to Metro stations and optimize its use of underground space through careful planning to facilitate its growth.

Development projects covering around 3 square kilometers will be built around Metro stations, including a 250-meter tower close to Wangyuan Road station on the southern extension of Metro Line 5 which will become a new landmark in Fengxian when completed. In some key areas of the new city, underground space will be equivalent to half that built above ground, while new infrastructure in the new city will all be underground.

To attract more talent and residents to the new city, which has a current population of 400,000 and aims to expand to a million by 2035, Fengxian will continue to improve its education, medical and cultural facilities over the coming years to make itself a more liveable place, the district government said.