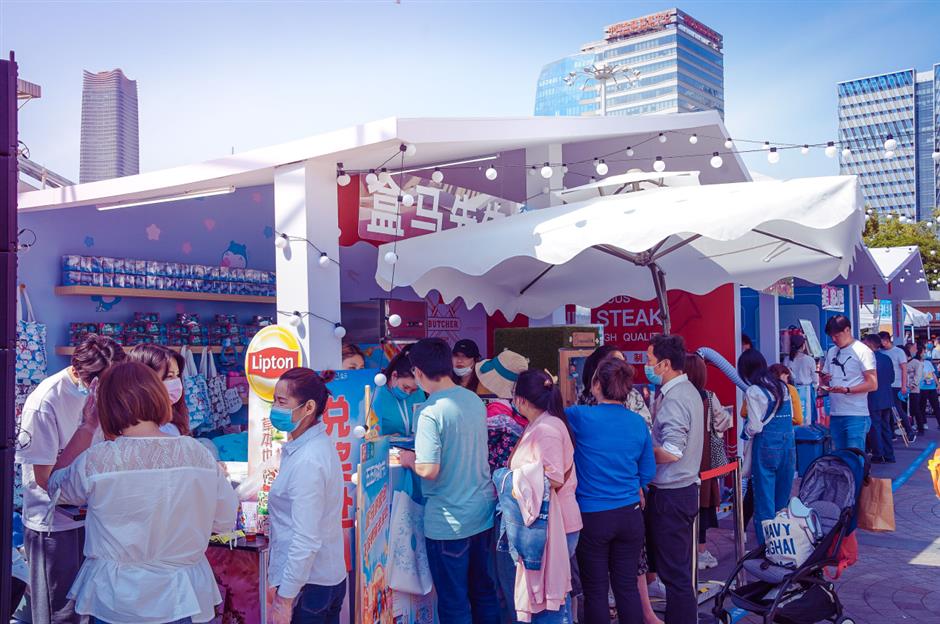 Vendors reported strong sales over the Labor Day holiday as shoppers made full use of discount deals over the five-day break.

Alibaba's Tmall supermarket businesses recorded an increase of 60 percent in Shanghai compared with the same period last year. The RT Mart supermarket chain, in which Alibaba holds a majority stake, offered over 3,000 products at half price.

More than 10 million yuan (US$1.54 million) worth of discounts were available to local shoppers through Alibaba’s retail sites and payment tools.

Nationwide bank card transactions made through the China UnionPay network reached a record 1.91 trillion yuan, up 5.5 percent from a year earlier.

The number of online transactions and the payment value surged 18 percent and 46.9 percent, respectively, with travel agencies seeing the biggest rebound.

City marketing executive Jean Yao took a trip to Anhui Province with her family on the last two days of the holiday. “It’s easy to use the public transport there with the Shanghai Metro pass on the smartphone,” she said.

Shanghai also ranked first at the box office with 78.3 million yuan of sales, according to Meituan-backed Maoyan’s Entertainment, an online ticketing service provider, followed by Beijing and Guangzhou.

Shanghai offered a variety of entertainment activities, exhibitions and art shows to those who preferred stay in the city.

Lillian Li, an accountant in her early 30s, visited the architect exhibition at the Bund Finance Center.

"I want to stay relaxed for the holiday and avoid the hustle from travel," she said.

Meituan said it will forge closer ties between online lifestyle services and local merchants and stage a global food gourmet season in the city later this month.

"We will contribute to boost local consumption by helping merchants with their digital transformation through formats such as special promotional sections on the Meituan app," said Mao Fang, Meituan’s vice president.