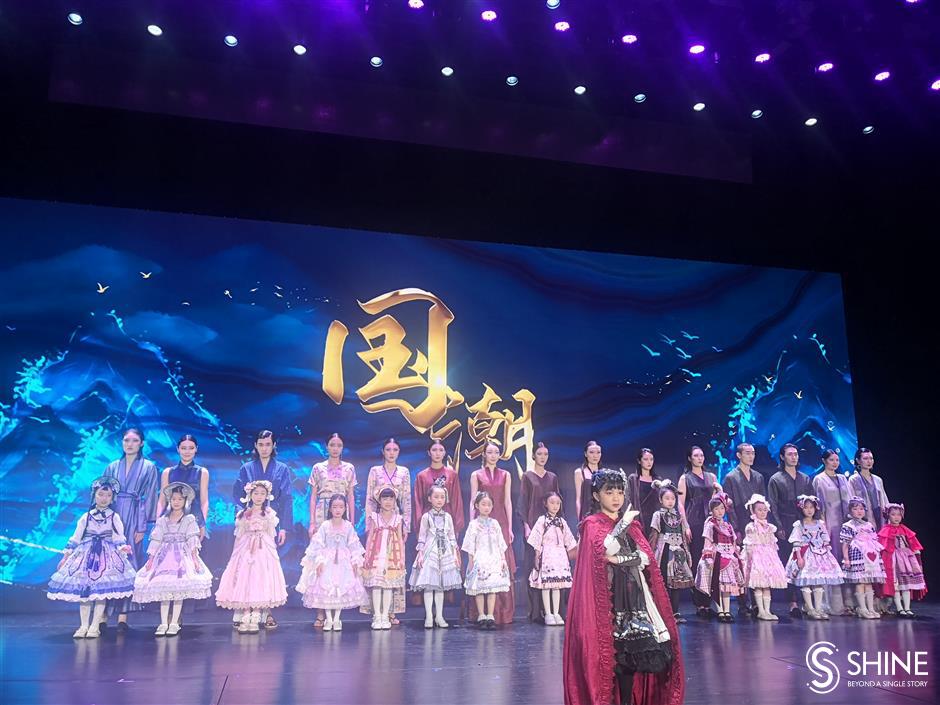 Fashion for all aged during a fashion show at the event. 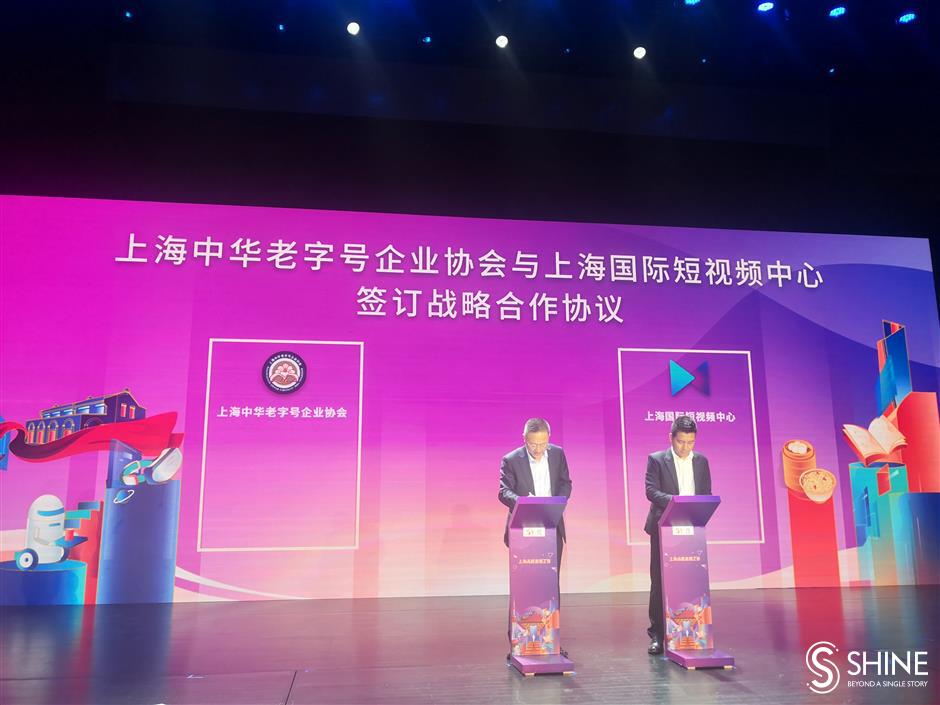 The week, part of the second Shanghai Double Five Shopping Festival, not only promoted consumption but added more cultural elements to the live-broadcast industry.

It attracted more than 200 companies to take part, and 197 key activities recorded audiences of more than 60 million viewers via livestreaming sites.

Over 100 cultural activities hosted by museums, art galleries, and libraries during the week attracted an audience of around 20 million.

For the first time, the week involved participation from cities such as Nanjing, Suzhou, Hangzhou, Hefei and Ningbo in the Yangtze River Delta region. 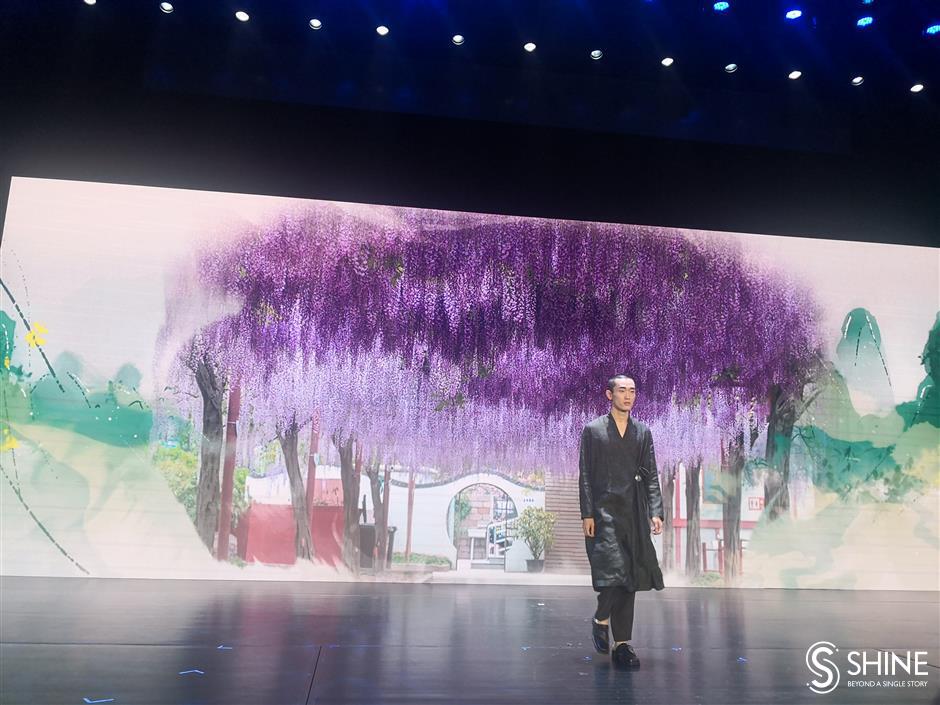 A model takes the stage during the fashion show. 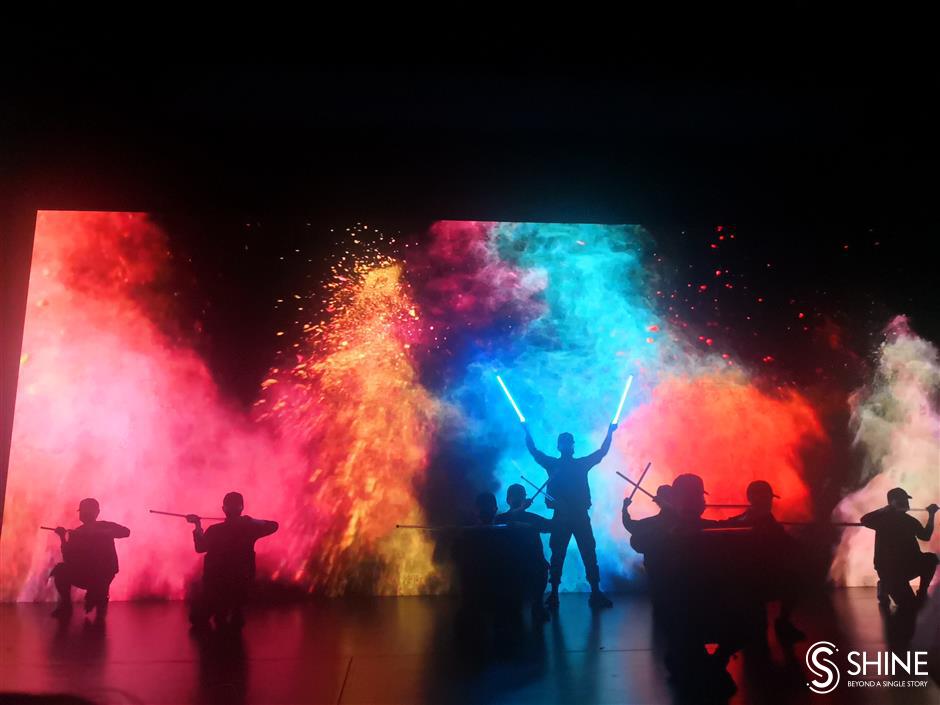 A colorful light and shadow show featured at the event

Traditional Chinese opera performances and laser shows were staged in Jiading District on Thursday to mark the success of the week.

During the event, the Shanghai International Short Video Center in Anting Town signed a strategic cooperation agreement with the Shanghai Time-honored Brand Association.

A design competition of Chinese time-honored products encouraging innovation was launched at the same time.

"The event has enriched local residents' cultural life, and enabled people nationwide to experience the unique charm and culture of the city, boosting consumption of tourism, performances and exhibitions and culture at the same time," said Wang Yayuan, vice director of the publicity department and deputy director of the Shanghai State-owned Assets Supervision and Administration Commission.

Among the activities, video site Bilibili hosted webcasts featuring visits to the sites of the first, second and fourth national congresses of the Communist Party of China, attracting more than 500,000 viewers each time.

The "museum magic adventures" on Xiaohongshu with webcast to the city's museums, art galleries and bookstores recorded 37 million viewings.

The week was hosted by Shanghai's publicity department, its culture and tourism administration and its commerce commission. 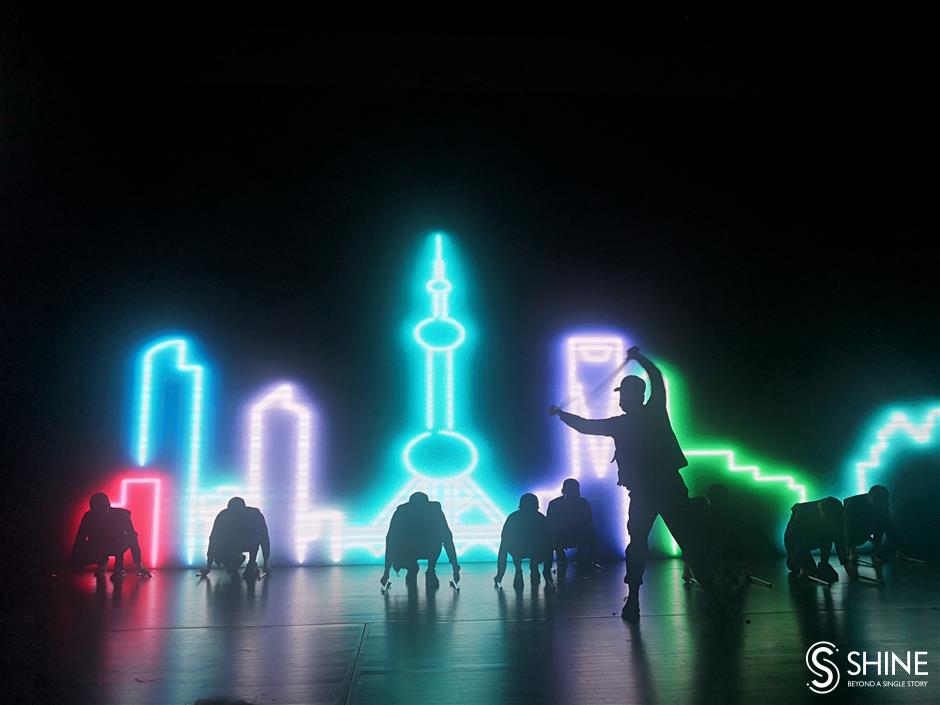 A scene from the light and shadow show. 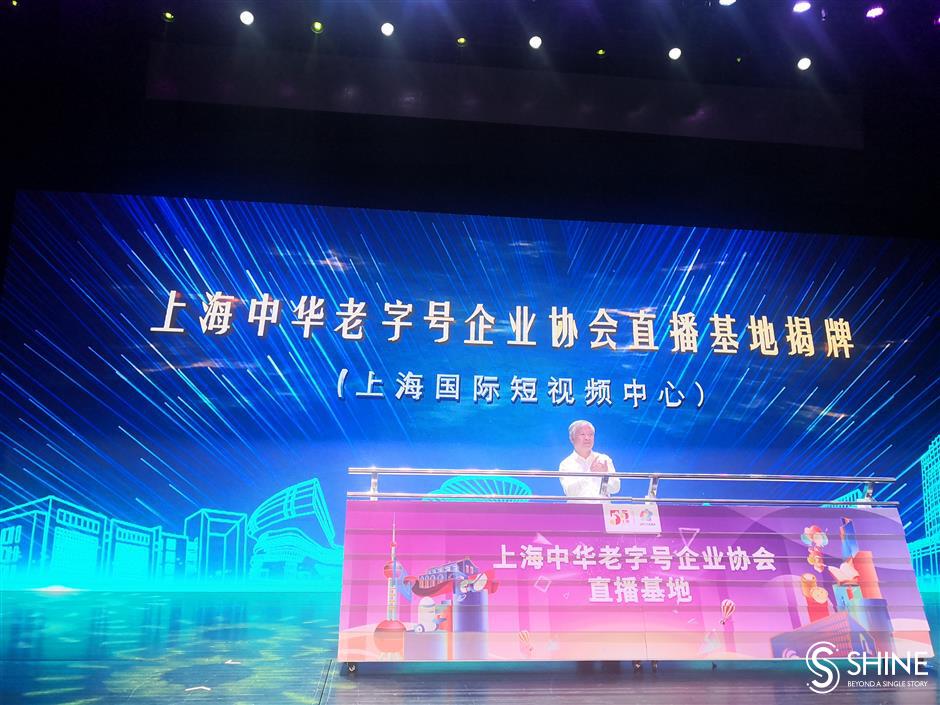 A webcast base of the Shanghai Time-honored Brand Association is launched.