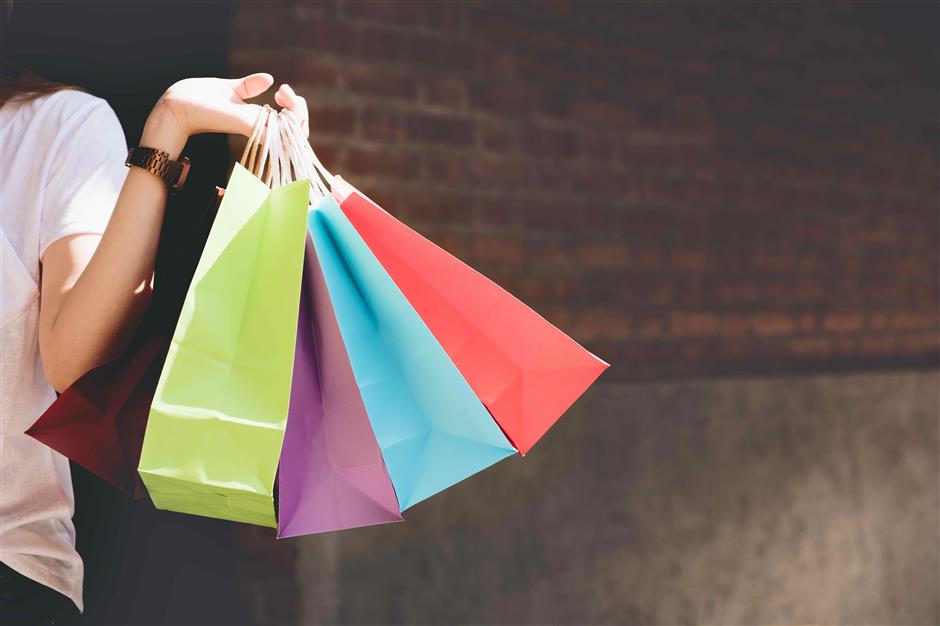 As shoppers have shifted their overseas shopping plans by focusing on local markets, Shanghai, Beijing, Guangzhou, Shenzhen and Sanya have become the top five mainland cities for luxury product purchases.

Consumer confidence has fully recovered in terms of luxury purchases, with as many as 41 percent of respondents on Chinese mainland and 33 percent in Hong Kong indicating they will spend more on luxury goods in the next 12 months.

They are most willing to increase or maintain spending on beauty products and cosmetics, followed by clothing and shoes, according to the latest joint study by Ruder Finn and market research firm Consumer Search Group that surveyed 2,000 consumers on the Chinese mainland and Hong Kong.

Conducted in January, the survey comprised shoppers with an average annual household income of 1.4 million yuan.

Meanwhile, the luxury automobile and travel sectors are taking a blow, as sentiment has shifted during the pandemic.

As shoppers have shifted their overseas shopping plans by focusing on local markets, Shanghai, Beijing, Guangzhou, Shenzhen and Sanya have become the top five mainland cities for luxury product purchases.

Domestic consumers' confidence and pride in Chinese brands are also increasing with China Chic on the rise. Nearly 50 percent of respondents on the Chinese mainland believe that when compared with overseas brands, Chinese brands are better and more competitively priced.

Thanks to duty-free policies, Sanya has surpassed all second- and third-tier cities to become the fifth-largest luxury shopping city in China, with jewelry and watches strongly rebounding since the second half of last year.

Some 65 percent of respondents on the Chinese mainland said they have been buying higher-quality items during the pandemic, and 59 percent said the major drive for luxury-item purchases is to treat themselves better.

About 36 percent of respondents spent more on luxury goods in 2020 than they had planned – 41 percent in third-tier cities – pointing to strong sentiment among lower-tier city consumers.

Young consumers between the ages of 21 and 25 were found to be the least likely to get information about luxury products from television, and are more dependent on online influencers' recommendations than older age groups.

They also have higher preferences for celebrities from Japan, South Korea, Europe and the Americas over those from China's Hong Kong and Taiwan.