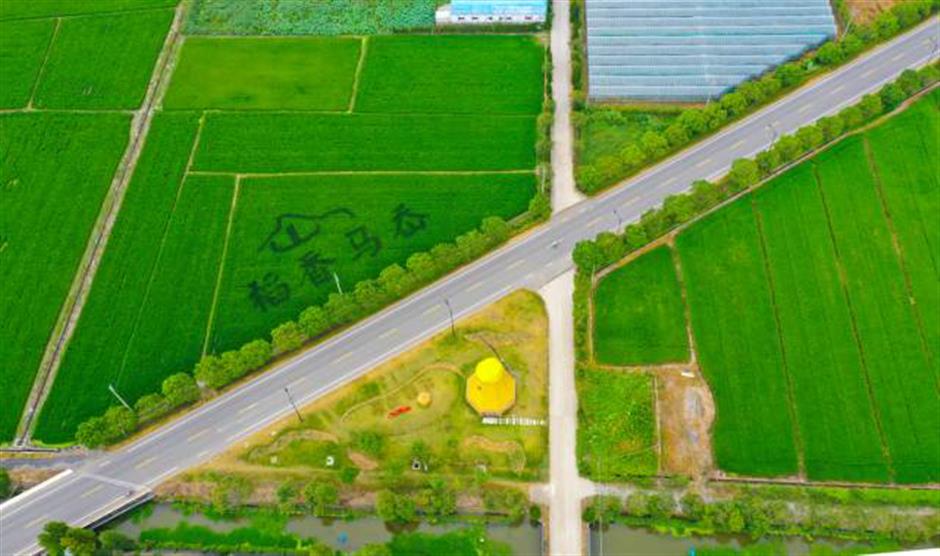 A bird's-eye view of paddy fields in Dinghai District

An answer to global challenges such as climate change, President Xi Jinping has made a commitment to hit CO2 peak emissions before 2030 and for carbon neutrality by 2060.

Amid setting the two goals, how can the dark horse of low-carbon development – the countryside – activate the "green gene" and help China do a good job?

On the East China Sea, in the southwest of Zhejiang Province's Zhoushan Archipelago, Dinghai District is at the forefront of the challenges of climate change and sea level rise.

Although it is different from inland countryside in China, the district with 128 islands is on the road to "turning danger into opportunity" and taking the lead in "exploring the way" to build a net-zero carbon countryside. 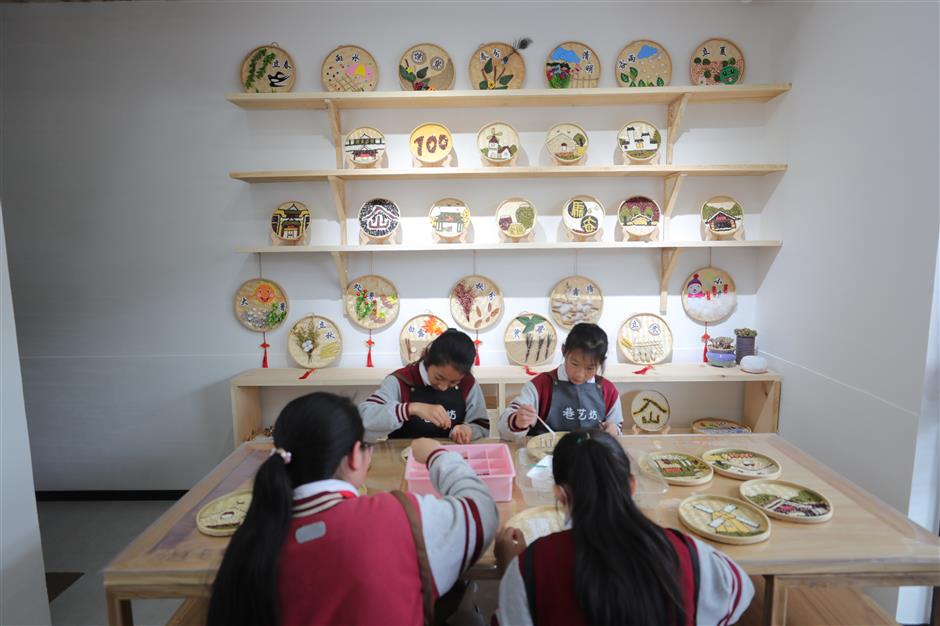 Net zero carbon is also known as carbon neutralization, which means to offset carbon dioxide and other greenhouse gases produced by humans in the form of energy conservation and emissions reduction, industrial adjustment and afforestation to achieve the goal of "net-zero emissions."

Hence, the Dinghai practice not only enables China to move toward the two goals, but also explores the "China plan" for international island towns to cope with climate challenges.

Dinghai and the city of Zhoushan extend to the western Pacific. At the intersection of north and south China shipping and the Yangtze River "golden waterway," the international island town is less than 300 kilometers from Shanghai, and is part of a 500 kilometer sea transportation network consisting of Busan, Nagasaki, Kaohsiung and Hong Kong.

"The countryside is the foundation of human civilization. Part of a community of common destiny for mankind, Dinghai will play its role to contribute more wisdom and strength to explore a new path of low-carbon development for promoting the revitalization of rural areas in the new era," said Zhuang Jiyan, Party secretary of Dinghai.

The construction of a net-zero carbon town is to add Dinghai practices to the "important window period," Zhuang added.

Dinghai is rich in marine resources but lacking in fresh water resources. Fresh water per capita is only 1,206 cubic meters, far lower than the average of Zhejiang Province and the rest of the country.

Water shortages make Dinghai rely on power systems to obtain its water supply from the mainland. According to research from Tongji University, 75.56 percent of current rural carbon emissions in Dinghai come from power consumption, which is mainly transferred through the Zhejiang power grid. The proportion of thermal power in the Zhejiang power grid is about 59 percent. 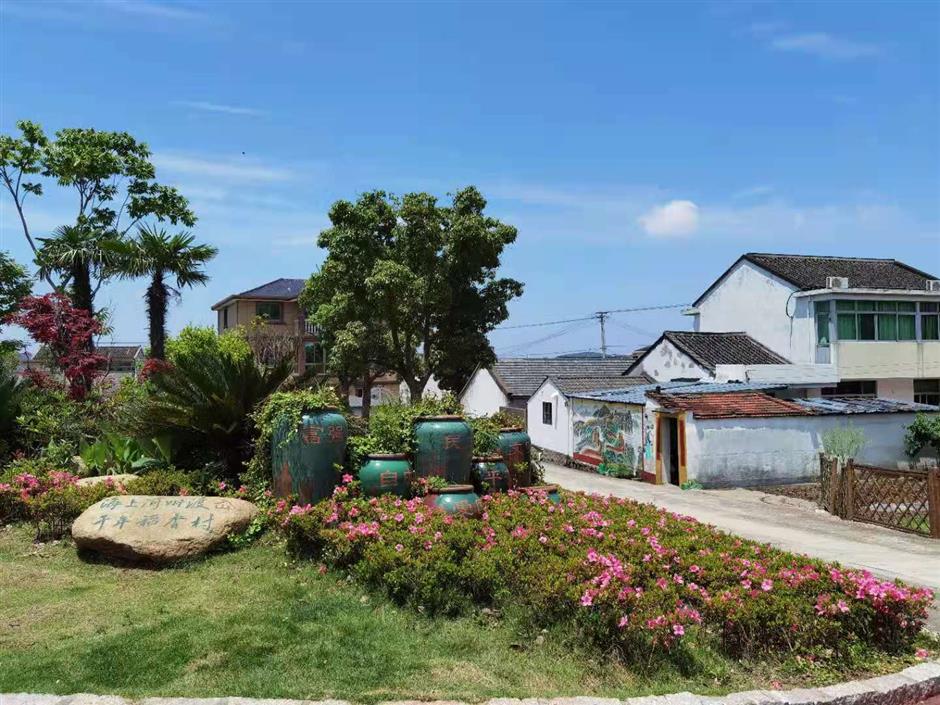 The practice of net zero carbon way of life is well carried out in Ma'ao.

"We start from the development of clean energy to build the wind power storage project," said Lu Haifeng, deputy Party secretary of Xinjian Village in Dinghai District. "Dinghai is rich in solar and wind energy. In combination with wind power equipment on the top of the mountain, photovoltaic equipment is installed on the roofs of existing rural houses to provide clean energy power for village landscape facilities and electric vehicles."

"This kind of transformative photovoltaic roof mode makes use of roof space, and does not occupy any land resources," Lu added.

Currently, Dinghai has carried out the construction of six "net-zero carbon" demonstration sites with Xinjian Village as the leader. The rest are Ma'ao, Huangsha, Guanghua and Yujia villages, Dongyi Island and Donghai Farm.

Digital technology also runs through all fields of net-zero carbon rural construction, according to Lu.

Dinghai Village not only contains the beautiful scenery created by "clear waters and green mountains," but also reflects the achievements as valuable as "gold and silver mountains."

"We hope to establish a long-term, friendly, cooperative relationship with Dinghai, and work together for rural revitalization and sustainable development," said Zhang Zhenshan, representative of United Nations Habitat in China and China project director.

On May 1, the number of tourists to Xinjian Village to experience rural life reached a new high. The practice of net zero carbon has laid a foundation for the construction of beautiful countryside and the long-term development of rural tourism.

Yu Jinhong, Party secretary of Xinjian Village, recalled that villagers planted trees and restored the mountain forest after learning about the concept of "clear waters and green mountains."

The development of Xinjian Village in protecting the ecological environment provides an example for other villages in Dinghai.

The nearby Ma'ao Village has introduced natural light for illumination, uses photovoltaic panels for charging and built a set of water circulation systems powered by natural forces. 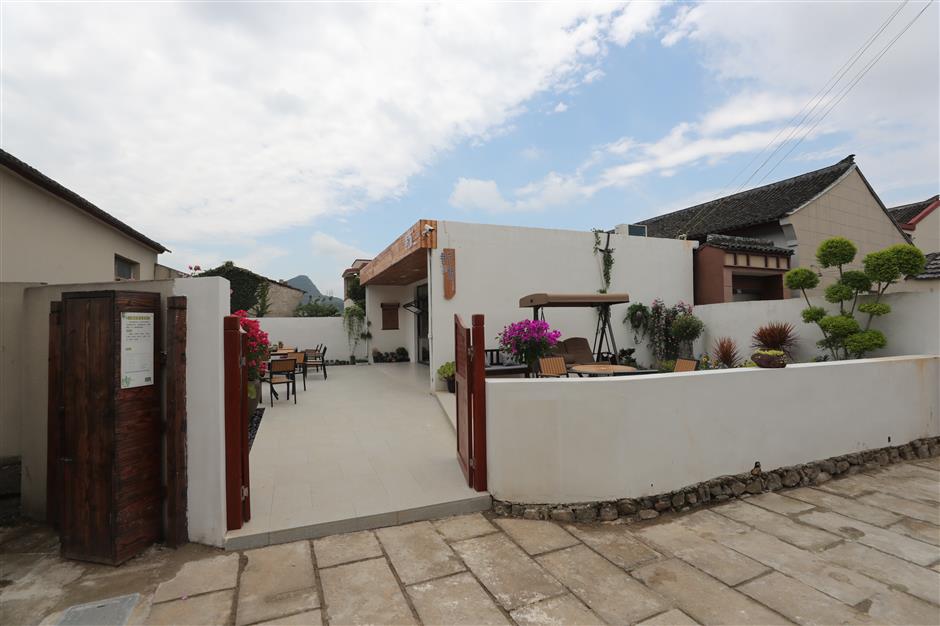 Several scenes in the village exhibit the net zero carbon way of the village – relying on the power of nature, avoiding the waste and abuse of resources, and letting the village, villagers and the surrounding environment coexist harmoniously.

Clean empty bottles can be exchanged for a 1 carbon coin, equal to 2 yuan (US$ 0.31). In this village, an abandoned house has been built as a net zero carbon ecological shop, with stone walls and wooden roofs preserved in appearance and external packaging removed from the shop. Customers are encouraged to provide their own containers and packaging.

Today, the forest coverage rate of Dinghai is 51.74 percent, and the air quality is among the top three in China all year.

According to the random sampling results of Tongji University, most villages in Dinghai are low emission and expected to reach net zero carbon levels in the near future.

Zhuang Jiyan said that since Xinjian Village was picked as an example of a global net zero carbon village, Dinghai has continued exploring the pace of integrating small villages into the big era. 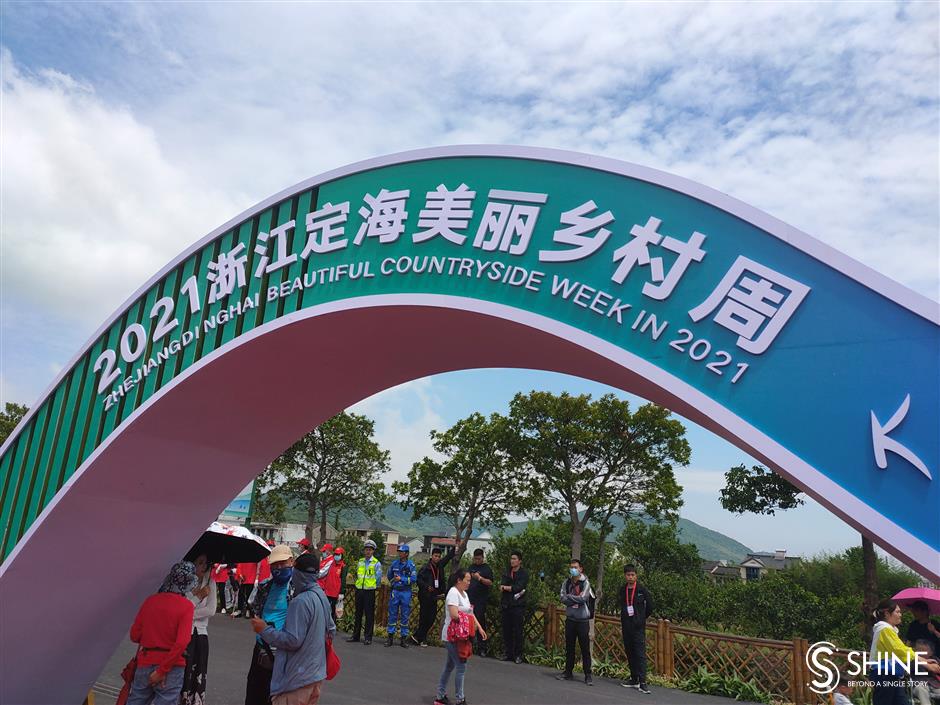 From the perspective of the 10 guidelines, it includes the establishment of carbon emission inventories and relevant reporting and testing mechanisms for 80 villages in Dinghai, as well as solutions for new energy, building materials, water circulation and garbage disposal.

"To hit carbon emission peak and carbon neutrality is key to the sustainable development of our nation and the construction of a community with a shared future for mankind," said Wang Yimiao, deputy director of Zhejiang Province's Department of Ecology and Environment.