Twenty Chinese firms, including State Grid, Huawei and TSMC, are ranked in the top 100 companies for smart manufacturing patent applications – a key measure of a company's innovation, an industry report said on Tuesday.

The ranking highlights the rising power of China as a global manufacturing base, analysts said.

But most domestic firms are still in the middle or bottom of the patent ranking list while firms like IBM, Siemens and Mitsubishi lead the race, said PatSnap, a patent data and analytics service provider.

The top 100 smart manufacturing firms for patent applications come from 11 counties. The United States tops the list with 34, Japan has 27 and China 20, followed by South Korea, Germany and the United Kingdom, according to PatSnap.

The list is based on a smart manufacturing industry patent database as of May 31, covering infrastructure, data platforms, production modeling, manufacturing cloud and other applications.

Seventeen of the Chinese firms are from the mainland and three from Taiwan. 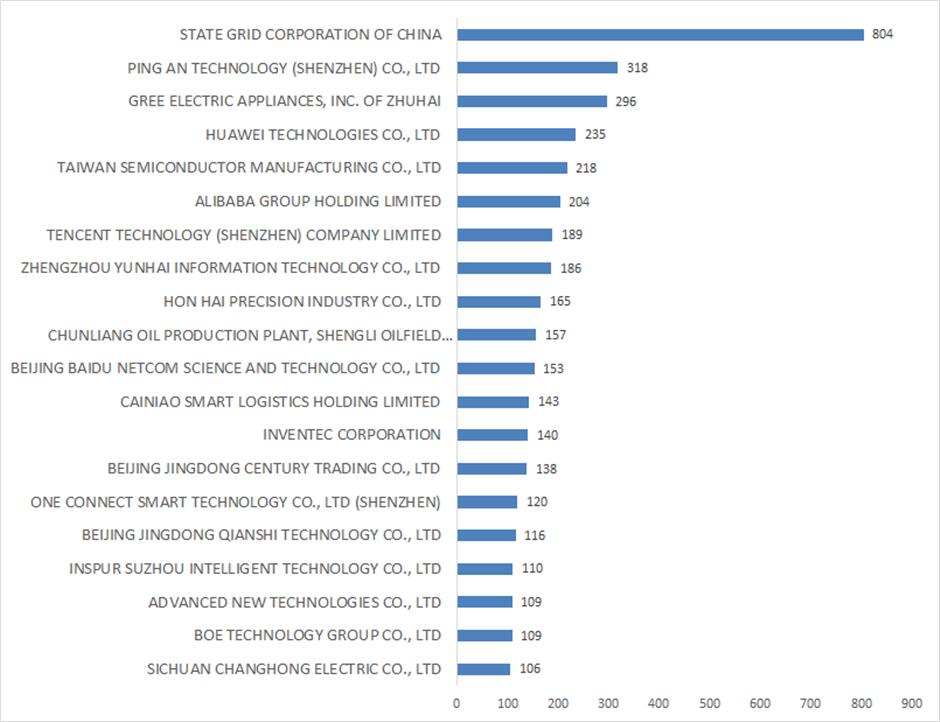 They are upgrading infrastructure and technologies to boost digital transformation and industry structure upgrades, covering patents on chipmaking, the Internet of Things, 5G, the cloud and artificial intelligence.

Although facing challenges such as US sanctions, Huawei posted a net profit margin for the first quarter, which was up 3.8 percentage points year on year at 11.1 percent, thanks to a patent royalty income of US$600 million. Firms such as Midea, Xiaomi and Oppo also invested heavily on research and applying for patents.