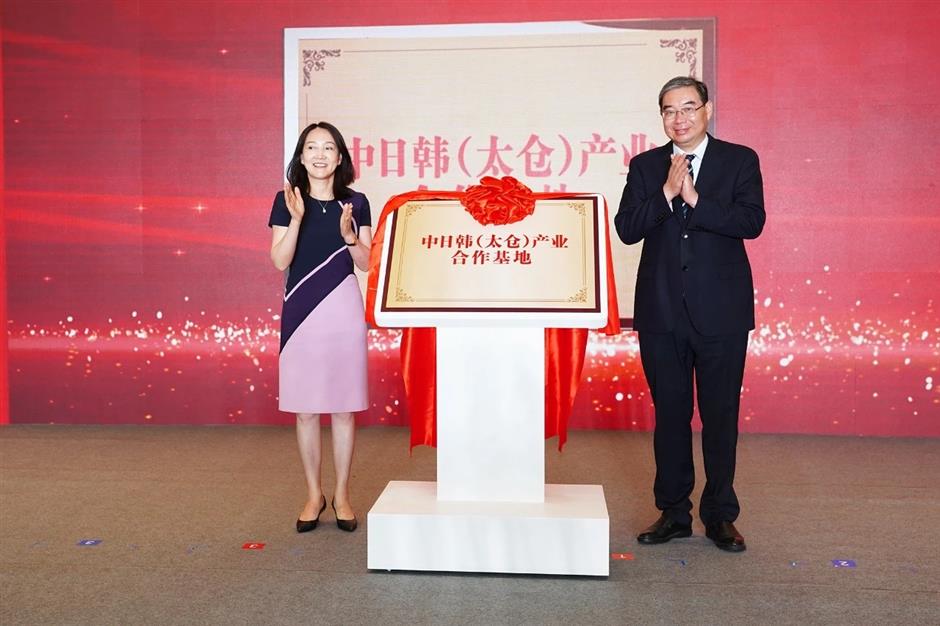 A center for Japanese and South Korean businesses has been established in Taicang, as the city in neighboring Jiangsu Province expects more East Asian companies to establish a strong presence there.

The Sino-Japanese-South Korean (Taicang) Industrial Cooperation Base is projected to comprise more Japanese and South Korean companies, while also attracting more foreign companies to the city.

"As a harbor city, Taicang has a long tradition of partnerships with foreign companies," said Taicang Mayor Wang Xiangyuan at a forum on Tuesday, noting more than 300 Japanese and South Korean companies have had a combined investment of almost US$3 billion there.

Taicang, which is within an hour's drive from Shanghai, has been best known as a hub for German companies.

"The integration of the Yangtze River Delta region has offered more opportunities, and we look forward to having more foreign companies create another impetus for the city's economic growth," Wang said.

He thinks Shanghai has provided a good platform to connect Taicang with foreign companies, and hopes the city becomes more integrated into the "greater" Shanghai area as part of the coordinated growth of the Yangtze River Delta region.