Industrial drone and telecommunication vehicles for emergency communications are being used in Henan Province, where deadly floods have shut down electrical and phone networks, Shanghai Daily learned on Friday.

Special teams with telecommunications gear and resources have been dispatched from Shanghai to Henan, according to local branches of China Mobile, China Unicom and China Telecom.

A Chinese-developed Wing Loong unmanned aerial vehicle has been dispatched to the city of Gongyi in Henan, one of the hardest-hit regions, to offer stable and continuous mobile signals with coverage of 50 square meters.

"The drone has been here to offer communications for about five hours. Please report your position, talk to family members and contact people for urgent needs," read a short text message China Mobile users received after losing mobile signals due to the floods.

A drone is used for emergency communications in Henan Province.

The drone has also been sent to sites like hospitals to offer temporary signals, which are vital for communication during rescue, materials delivery and other activities.

The drone has become a buzzword on social media like Weibo. It's a "hardcore technology" for disaster relief and the latest result of technology innovations in China, netizens said.

On Thursday night, China Unicom dispatched a special team from Shanghai with 14 engineers and five emergency communication vehicles to Henan. Some of them, who supported Wenchuan in Sichuan Province after the devastated earthquake in 2008, have rich experiences in emergency communications support in disasters, Shanghai Unicom told Shanghai Daily. 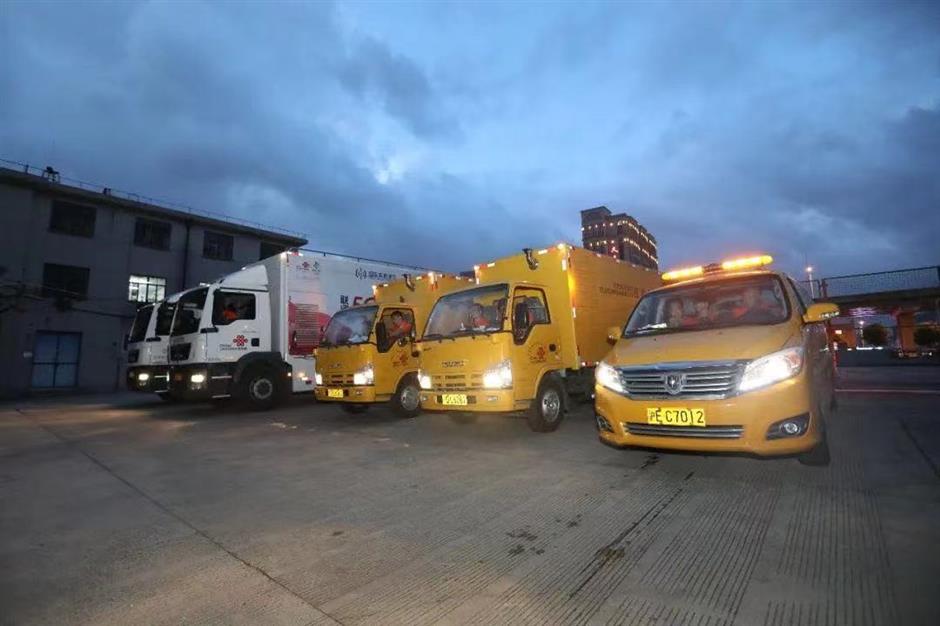 Teams are dispatched to Henan from Shanghai.