Qingpu District, where progress never stops 'leapfrogging' to the next level

In the west area of Shanghai, a "butterfly" is spreading its wings to fly and dance gracefully. It is Qingpu District covering more than 600 square kilometers.

It is a treasured place with tightknit water network, famous for Liantang jiaobai (wild rice shoots) and Zhujiajiao sculling boat.

It is the birth place of the first branch of the Communist Party of China in Shanghai's countryside, and the Zhuangqiangang war against the Japanese invasion happened here in 1945.

Liantang Town in Qingpu is home to a memorial to Chen Yun (1905-95), an early leader in the Communist Party of China.

Under the national strategies of the China International Import Expo and Yangtze River Delta Ecology and Greenery Integration Demonstration Zone, the district is making leapfrog development. 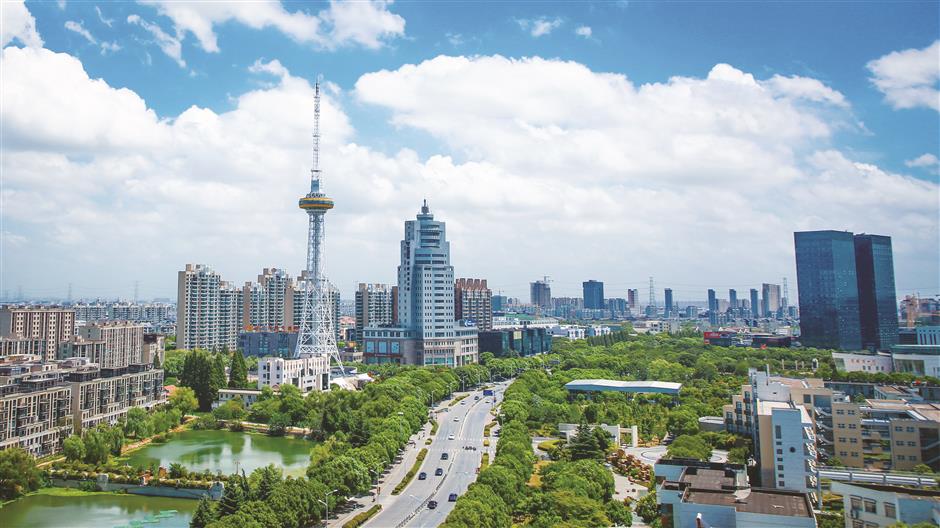 From a 'pursuer' to a 'leaper'

In 1980, the second production brigade of the Nanche team of Shangta Village in Qingpu conducted a household contract responsibility system which allowed farming households to manage agricultural production on their own initiatives while the farmland remained in the ownership of the rural collective.

Villagers' hard work was rewarded quickly. In the first year of the implementation of the system, the production of wheat and barley and rapeseed grew 21 and 30 percent respectively.

Following the success, the system was introduced to elsewhere in Shanghai's suburb. Now, a prosperous scene is witnessed in Qingpu's villages.

In early 1990s, people in Qingpu took a bold approach under the wind of reform as they established the Shanghai Fumin Private Economic Development Zone on a farmland in Zhengdian area with about 1 million yuan (US$154,700), the first of its kind in east China. 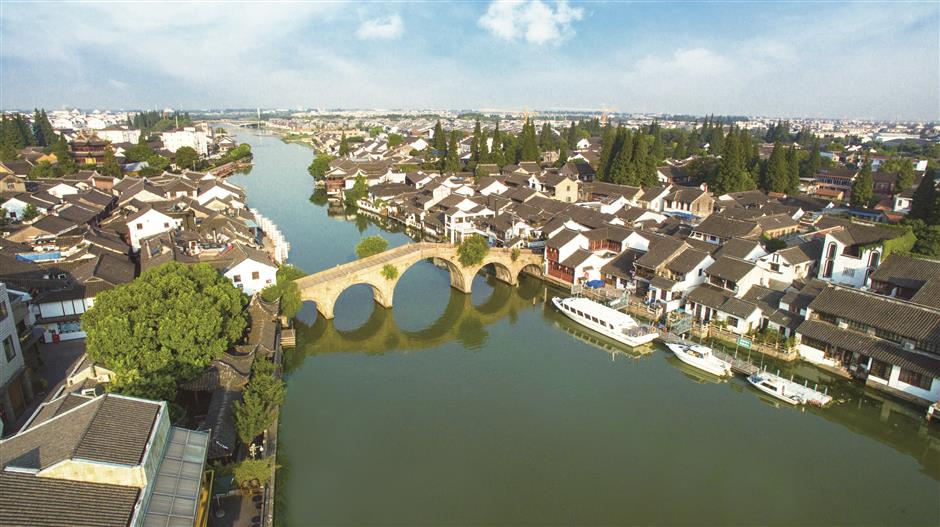 In early 21st century, the Liantang Industrial Zone was born in the west area of Qingpu, turning a piece of farmland into an economic development zone gathering about 150 companies engaged in advanced equipment, new material and electronic information.

In 2017, the gross regional product of Qingpu hit 100-billion-yuan level for the first time, and the per capita gross domestic product of Qingpu residents with permanent residency surpassed US$30,000 in 2019, narrowing the gap with Shanghai's downtown districts and ranking in the front among Shanghai's suburban districts.

The former "pursuer" has become a "leaper."

The adjustment of industrial structure, the reduction of low-efficiency construction land and continuous crackdown on environment-related violations have revitalized resources and released space for Qingpu District, achieving a stride of regional industries from "small vendors" to "big businesses."

The rapid development and expansion of industrial clusters that worth 100 billion yuan has become the robust engine and driving power to promote the high-quality development of the district's economy. 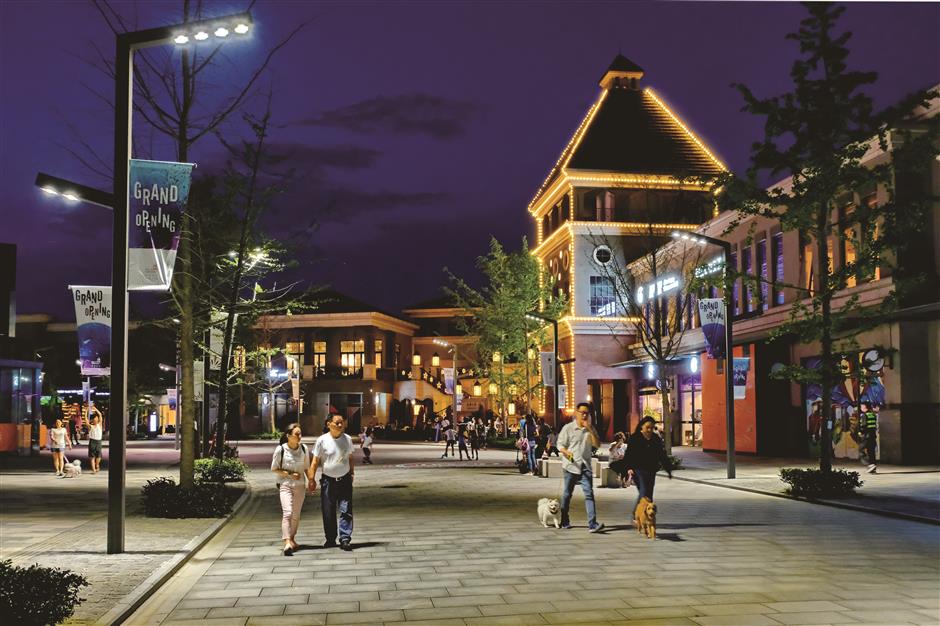 The night view of Xiadu Town in Qingpu

Thanks to CIIE, a number of big projects such as the Greenland Global Commodity Trading Hub have landed in Qingpu.

In recent years, the district actively gets involved in the national strategy of the Yangtze River Delta region integration, breaking administrative barriers and mechanism impediment to accelerate its prosperity.

Qingpu is joining hands with Wujiang and Jiashan to create a model of ecological and innovation development.

The district has become the forefront and bridgehead of Shanghai's radiation of the delta region. "The gate of Shanghai and an international hub" is the mission of Qingpu in the new era.