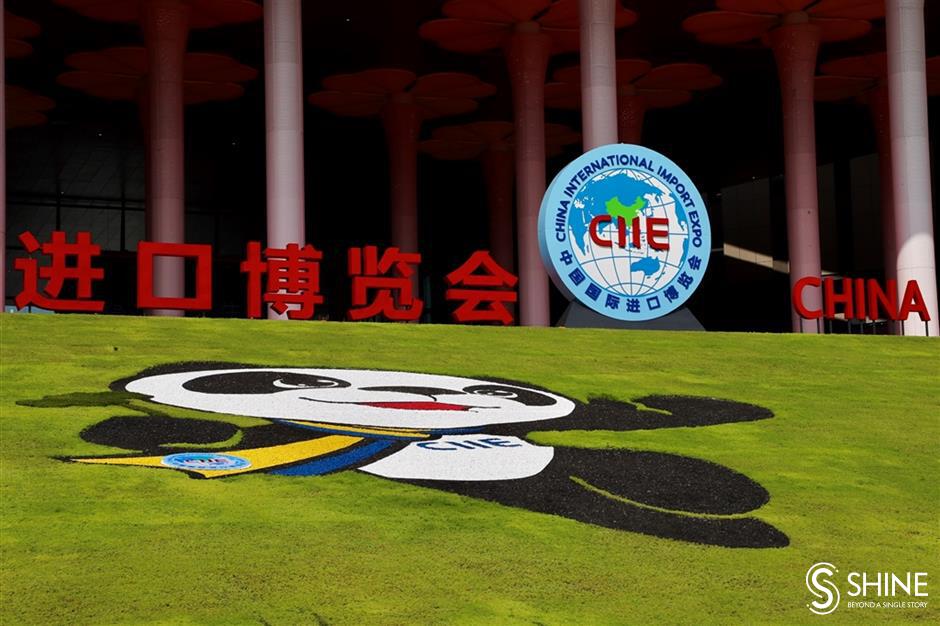 Exhibition spaces for major industry sectors have been booked at the fourth China International Import Expo (CIIE) by a group of leading enterprises, officials said.

Exhibitors have signed contracts covering more than 360,000 square meters of space and more than 80 percent of previous exhibitors are returning this year, Sun Chenghai, deputy director of the China International Import Expo Bureau, told a press briefing on Monday.

A bunch of new products, technologies and services are expected to make their worldwide debut and their first-ever appearances at CIIE this year.

Special committees for low-carbon emission as well as environmental protection and innovative automobiles have also been set up this year to enhance government and business exchanges and collaboration.

Over 30 enterprises and authorities will be first-timers this year as CIIE becomes more recognized as a major platform for international sourcing, investment promotion, exchange and collaboration.

Fortune Global 500 enterprises and leading companies in their industries have been active participants since CIIE became an annual event in 2018.

Shanghai will also fully leverage the expo to enhance its city image and further step up investment promotion activities.

"We'll also dedicate more efforts to improving the business environment and to facilitating trade activities for exhibitors," she noted.

Shanghai has remained the top city in terms of total retail sales of consumer goods and is home to numerous famous cross-border retailers and high-end brands.

In the first half of this year, a total of 513 brands and retailers made their debut in Shanghai and the number of debut stores and flagship stores continued to rank it as first among domestic cities.

Their success at previous CIIEs has encouraged a number of brands to strengthen their presence in the local market, more rapidly introducing new products and technologies.

Tony Chan, vice president of Abbott's Core Diagnostics business in China, said the company is bringing to the expo medical device and diagnostic solutions that will cover 630 square meters of exhibition space.

The company has made the decision to include full range of devices such as diabetic disease management tools and molecular diagnostics analyzer at this year's expo after seeing satisfactory results from previous presence.

L'Oréal Group's Valentino Beauty launched its online flagship store on Tmall earlier this month after making its debut at last year's CIIE. It's also planning to open a physical outlet in the city in September.

It's expected to further enhance the luxury makeup sector for L'Oréal Group in China with over a dozen new products set to hit the market.