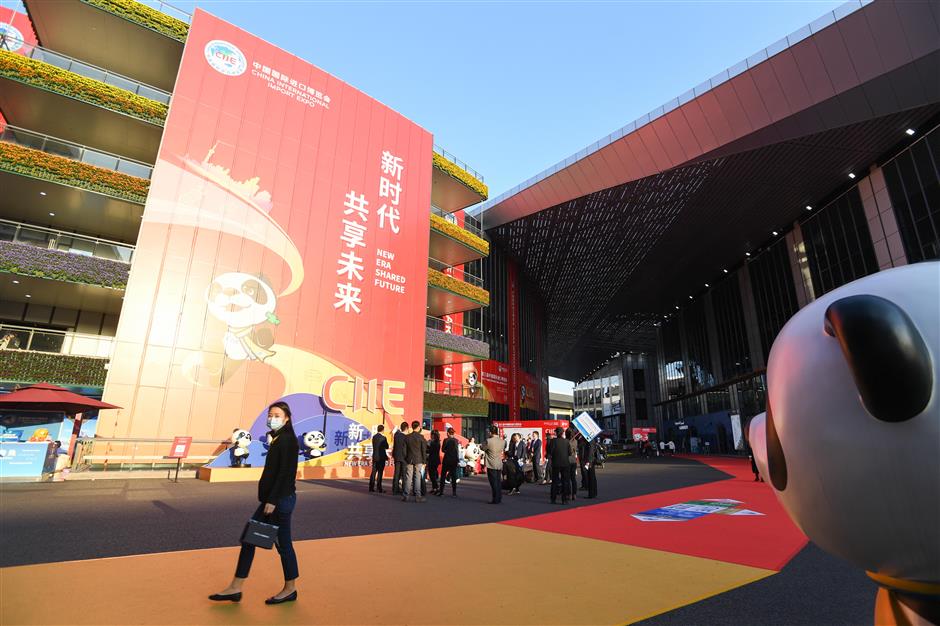 A total of 26 companies signed up for next year's China International Import Expo on Tuesday as they stay upbeat about the favorable trade opportunities when the 4th expo is 100 days away.

Ulrich Stefer, chief financial officer of Bayer Group China that was one of the signers, said the company wanted to demonstrate its core competitiveness in health care and agriculture through a series of exhibits and exciting activities.

"CIIE is also an important channel for high-quality interaction with government and industry partners, as well as consumers, and now we're signing a contract to attend the 5th CIIE in advance so that we won't miss all the great things that can happen," he said.

They attended an official signing ceremony at the National Convention & Exhibition Center as part of the events to welcome the grand event.

Altogether 13 special committees are established for specific industry segments to encourage information exchange and dialogue between companies and government bodies.

Consumer goods companies, health-care technology and service providers would be the highlight at the upcoming expo while HSBC and EY are among the ones in the trade of services sector.

Chairman of the Enterprise Alliance Council, L'Oréal, which is also the chairman of the Special Committee for Consumer Goods Industry, called on exhibitors to extend the influence of CIIE among trade partners, potential investors and industry collaborators.

Akshay Aggarwal, chief financial officer of Fonterra China, said its business in China has been growing steadily in the past few years and this year, new dairy products, probiotics functional nutritional items will be the highlight.

"We have seen a steady improvement in the business environment here and we're also finding local partners to push forward industry upgrade with new recipe and innovative solutions for caterers," he said.

Inditex Group which is returning for a second time, will set up 544 square meters in the consumer goods pavilion.

It will bring to the CIIE its brands including Zara, Massimo Dutti and Oysho.

Its luxury brand THE GINZA, as well as a newly-launched skincare brand BAUM, will be available in September on the Chinese mainland after making an appearance at last year's CIIE.

It will showcase the premium skincare brand Drunk Elephant for the first time on the Chinese mainland at this year's CIIE, together with a men's skincare line.

Edward Lifesciences, which increased its exhibition space from 200 square meters last year to 300 square meters this year, and will bring Inspiris Resilia Aortic Valve at this expo.

Its Sapien 3 ultra transcatheter heart valve, which made debut last year, has been available in over 20 provinces and cities since then, and has been used in over 200 aortic valve replacement operations since receiving market approval.