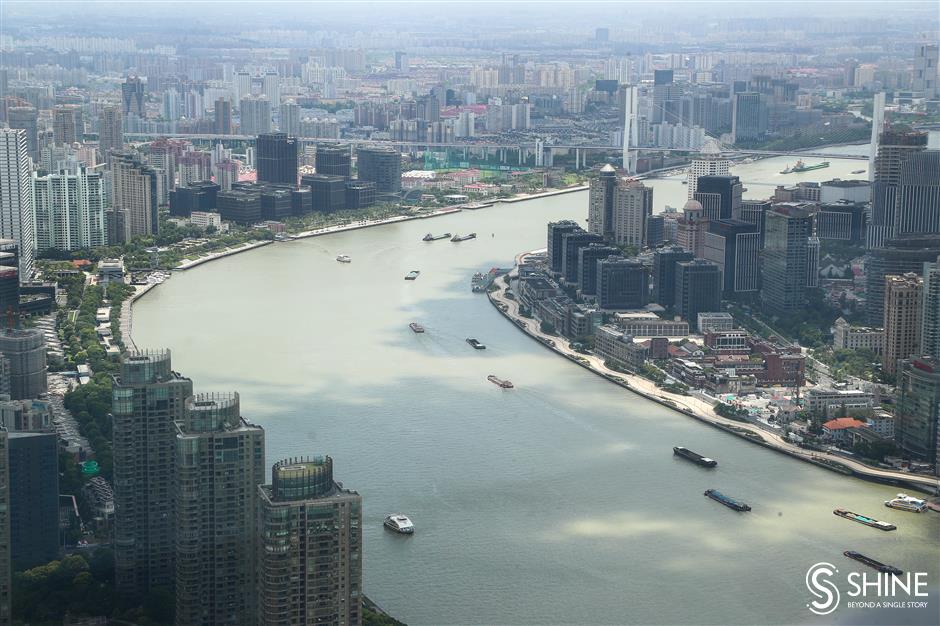 Pudong's development and opening-up adheres to the principle of planning first. A number of national development zones and other key areas, focus on leading industries, highlight functional orientation, promote the integration of industry and city, and give play to their leading role, to become major sites of Pudong's reform, development and innovation.

In terms of development space layout, Pudong will focus on building a golden middle ring, colorful riverside and innovation corridor.

The middle ring will further improve the economic density and urban function along the Pudong section of the Middle Ring Road. It will become a "golden" ring that lights up the development of the whole region.

With a total length of about 29 kilometers, the overall goal is to build it into an industrial city integration demonstration area, a benchmark for scientific and technological innovation, a new infrastructure and new concept practice area.

A total of 286 projects with investment of about 600 billion yuan (US$92.8 billion) will be undertaken in five years. Among them, 164 projects involving 28 billion yuan of investment are underway this year.

The colorful riverside, the Pudong coastline of Huangpu River with a total length of 43 kilometers, is partially running- through the new area. A 22-kilometer promenade along the east bank of Huangpu River and the hinterland are not only beautifully landscaped urban public space, but also the major site of Pudong's functions such as finance, shipping, trade, scientific innovation and culture.

Pudong has an ambition to turn this area into the most beautiful reception hall in the world and create a charming and warm waterfront space where people can ramble, linger and spend their leisure time.

At present, construction of the area's south extension will be accelerated while the waterfront view, public services and urban management will be improved to turn the area from an "industrial rust belt" to a "life show belt," one highlighted by refined development.

The innovation corridor connects the main industrial functional areas of Pudong from north to south. It will promote the flow of innovative elements such as investment, technology and talent, promote the joint development of key areas such as Zhangjiang, Lingang, Jinqiao and Waigaoqiao, strengthen the mutual support of industrial links such as R&D, pilot test and industrialization, and build a development pattern of complementary advantages and coordinated industrial chain.

From the perspective of key development areas, Pudong will focus on the construction of theme towns and improve regional characteristics and brand names.

Lujiazui Financial City has preliminarily formed an industrial structure dominated by finance and supported by shipping, trade and professional services, and the global influence of the brand has been significantly enhanced.

In the next stage, Pudong will focus on fields such as international asset management, financial leasing and fintech, continuously improve the functional level of financial industries, and build a vibrant financial city with obvious financial characteristics, concentrated financial elements and professional financial services. Zhangjiang Science City, with a planned area expanded from 95 square kilometers to 220 square kilometers, will accelerate the construction of key projects such as large scientific facilities and innovation transformation platforms, and build a collaborative innovation system integrating government, industry, university, finance, service and application.

Pudong wi ll continue to improve the innovation ecosystem here and promote the sharing, exchange, aggregation and fission of innovation elements on a larger scale, to build a science city and innovation high ground with full release of innovation potential and full burst of innovation vitality.

The trade city is also home to 10 national pavilions and a multilevel headquarters economic system.

Pudong will deepen the construction of the national import promotion innovation demonstration zone and participate in a new round of pilot projects to expand the opening of the service industry, and promote two-way investment with Belt and Road countries.

It has become a high ground of next generation car and smart manufacturing in Pudong.

Pudong will focus on the two-wheel drive of advanced high-end manufacturing and producer services, promote the institutional innovation of the pilot free trade zone and the comprehensive bonded area, accelerate the construction of Jinqiao sub-center of Shanghai, and become a window to the world of dual circulation and smart manufacturing.

In particular, the New Bund will have 66,000 seats for stage performances, exceeding the West Side of London and New York's Broadway, and more than 300 performances will be held every month, making it "the Asian capital of performing arts."

After five years of development, the international tourism resort has formed a development pattern with Disneyland as the core and the coexistence of various business forms and tourism and leisure functions.

Intensified efforts will be made to promote the development of surrounding areas, enrich vacation tourism elements and promote the agglomeration of related industries.

Pudong is accelerating the construction of "one station and one terminal." After completion, people in Pudong can take both planes and high-speed trains.

The Lingang Special Area of the China (Shanghai) Pilot Free Trade Zone will enhance its role as a test ground of China's reform and opening-up, strive to take the lead in achieving breakthroughs in several key areas, focus on the development needs of new cutting-edge industries, carry out institutional innovation, build Nanhui New Town, and give better play to the growth and engine of economic development.