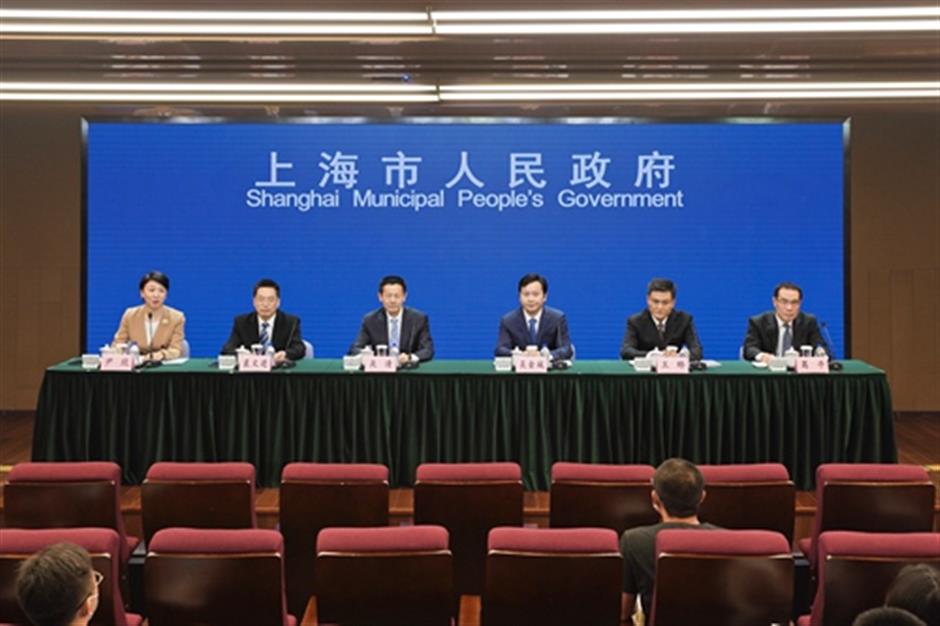 Shanghai has set out its vision for advanced manufacturing during the 14th Five-Year Plan (2021-2025) to promote the high-quality development of the sector and enhance its role in economic development.

To respond to new pressures such as high costs and more complicated supply chain management facing the city in the manufacturing industry, the plan has been rolled out with clarified key development targets.

By 2025, Shanghai will strive to maintain the proper role of the manufacturing industry in the city's overall economy. The industry's growth in the 14th Five-Year Plan will hopefully surpass the average increase of 2 percent in the 13th Five-Year Plan period (2016-2020).

"The manufacturing industry is the backbone of the real economy and we will follow the direction given by President Xi Jinping that the focus of economic development should be on the real economy," said Wu Qing, the city's vice mayor.

In some cutting-edge fields including integrated circuits and artificial intelligence, the city aims to take a leading position.

In addition, the plan sets out a slew of detailed indicators or targets for the industry from four angles, including economic density of advanced manufacturing, innovation, brand-building and digital transformation. 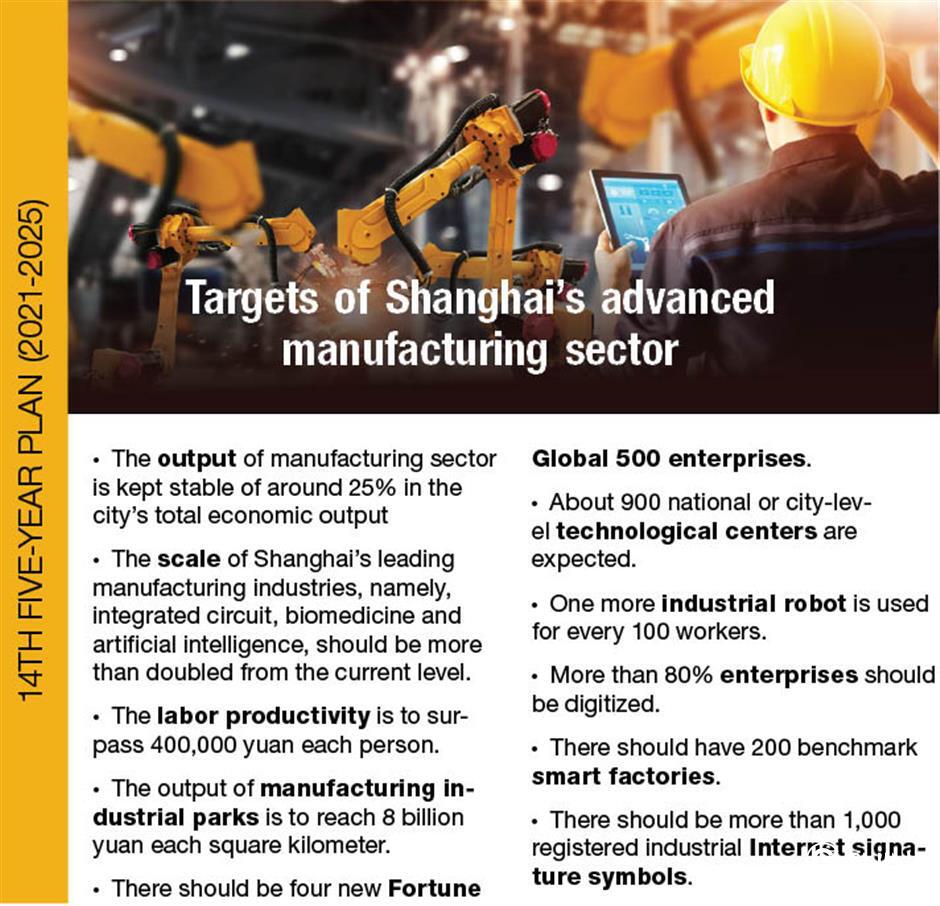 One aim is to keep the proportion of the output of manufacturing in the city's GDP stable, and consolidate the sector as the foundation of the real economy.

In 2020, the output of the manufacturing industry accounted for about 25 percent of Shanghai's total GDP.

The scale of three leading industries – integrated circuits, biomedicine and artificial intelligence – will be more than doubled.

By 2025, the city aims to achieve the industrialization of 300 core segments, and to cultivate four more Fortune Global 500 enterprises in the manufacturing industry.

"In the 14th Five-Year Plan, we will develop manufacturing based on the 3+6 blueprint and promote the production of these industries," said Wu Jincheng, director of the Shanghai Commission of Economy and Informatization.

"In fact, three leading industries are subsets of the six key industries and shoulder the national strategy given by the central government and have leading functions.

"Therefore the three are placed in more prominent position."

The output value of these six industries increased by 13 times after over 30 years.

Now the new six key sectors account for about 75 percent of the city's industries above the designated size – those with revenue of 20 million yuan (US$3.09 million) or more.

The three leading sectors developed into industries on a trillion-yuan scale during the last five-year plan and in the first half of 2021, achieved growth of more than 20 percent.

Of note, the plan said the Lingang Special Area will be built into a strategic growth pole for the city's manufacturing industry and by 2025 will contribute a third of the city's total growth.